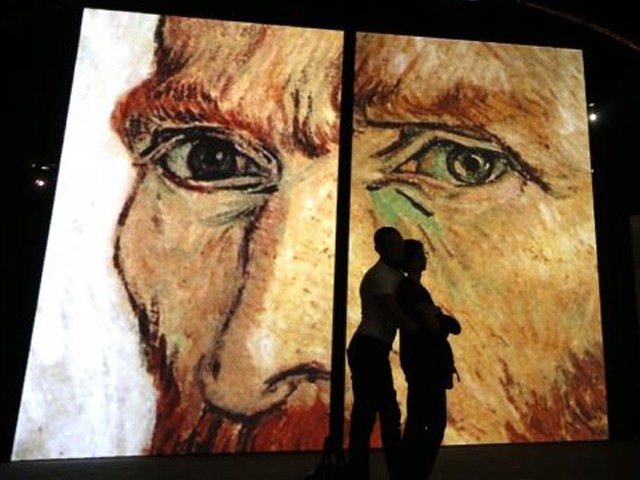 “I want to touch people with my art. I want them to say ‘he feels deeply, he feels tenderly’.”

Today, his name needs no formal introduction. Everyone has heard of the 19th century iconic Dutch painter who established two significant artistic movements – Fauvism and Expressionism.

He was a true genius who used glowing colours, energetic lines and swirling brush strokes to induce a poignant reaction in the spectator. In a short lived art career, spanning over 10 years (1880 to 1890), Van Gogh produced more than 800 paintings and 1,100 drawings, sketches along with watercolour works.

Known as the most distinguished and avant-garde artist, Van Gogh was born today, 162 years ago on March 30, 1853, in Groot Zundert, Netherlands. Although he tried his hand at diverse careers in his young age – becoming an art dealer, a junior school-teacher and a priest – he eventually decided to embrace fine arts as his profession at the age of 27.

Regardless of any formal training, self-taught Van Gogh swiftly progressed from an unskilled neophyte to an exceptionally innovative artist with an eccentric style merely based on extensive reading, analysing and experimenting. Hypnotised by the novelty of neo-impressionists, he refurbished his vivid colour palette. He believed that,

“If you hear a voice within you say ‘you cannot paint,’ then by all means paint, and that voice will be silenced.”

Unfortunately, throughout his life, he suffered from rigorous melancholy and spells of mental volatility. There were certain factors including financial instability, a failed relationship, a tense association with contemporary painter Paul Gauguin, loneliness and an unsuccessful career which all played a vital role in his diagnosis of depression.

Desperate to cut short his painful life, and find some tranquillity, he willingly admitted himself to a mental asylum in Saint Remy-de-Provence, Arles in 1889. During his stay at the asylum, he painted his famous piece, Wheatfields under Thunder Clouds.

In his fragile psychological state, Van Gogh described its theme to his brother, Theo,

“It depicts vast, distended wheat fields, under angry skies, and I deliberately tried to express sadness and extreme loneliness. But it also illustrates what I cannot express in words, that is, how healthy and reassuring I find the countryside.”

Despite him seeking recovery, Van Gogh’s religious agony and gloominess led to an untimely death on July 27, 1890, at the age of 37. He shot himself in the chest in a wheat field in Auvers, France and died two days later on July 29, 1890, 125 years ago.

Today, his artworks are worth millions of dollars and his portraits and paintings attract masses to far-flung exhibitions. Manufacturers have recreated numerous items including fashion accessories, home décor, utensils and even posters to entice buyers. But during his short lifespan, Van Gogh managed to sell just one painting, The Red Vineyard, for $100 to a friend, Miss Anna Boch.

My love for paintings was revitalised when I researched his life and works during my fine arts course. I am absolutely in love with his letter-writing, particularly the ones he wrote to his brother Theo. It subtly reveals his miserable life, thought process and the art he created. In one such letter he wrote, the following lines have continued to enchant me till today:

“One may have a blazing hearth in one’s soul and yet no one may ever come to sit by it. Passers-by see only a wisp of smoke from the chimney and continue on the way.”

What truly inspires me about Van Gogh is that he presented his work in a very methodical and rational way; it is not the product of a disturbing sentimental explosion in the name of creativeness. He selected meek and tattered themes – for instance, his own shoes in A Pair of Shoes (1886); damaged leather and a dirty sole illustrated immense struggling phase in a man’s life.

“I feel too feeble to fight against existing circumstances, and I should have to be cleverer and richer and younger to win. All that I seek in painting is a way to make life bearable.”

He searched for the same traits amongst common people for his paintings. The dark, earthy palettes and intensified oppressed facial appearances expressively portrayed the daily suffering and poverty of peasants. The Potato Eaters and Peasant Woman Peeling Potatoes are some perfect examples. He wrote on July 21, 1882,

“Though I am often in the depths of misery, there is still calmness, pure harmony and music inside me. I see paintings or drawings in the poorest cottages, in the dirtiest corners.  And my mind is driven towards these things with an irresistible momentum.”

The most aesthetically created Starry Night gave us the opportunity to observe the passion, clandestine exquisiteness of the night and psychosis of the sky. It predicts the eventual fate of humankind, which he wrote about in the following words,

“I get a mysterious effect, like a star in the depths of an azure sky. For my part I know nothing with any certainty, but the sight of stars makes me dream”.

Interestingly, Van Gogh painted dozens of self-portraits during his stay at Saint-Remy. We cannot connect these portraits to narcissism as in reality, he tried to discover turbulence and spiritual capacities via self-assessment. Therefore, we can judge him with enormous aptitude to change his physical tone at the determination of his surroundings.

In contradiction to a depressed artist exerting hysterical brush-strokes, Van Gogh’s creative preferences were premeditated and attentively produced. We can probably uncover an erudite, tender and caring soul beneath his chaotic appearance.

To celebrate Van Gogh’s birthday, I have put together some of his inspirational quotes:

“There is nothing more truly artistic than to love people.”

“There is the same difference in a person before and after he is in love, as there is in an unlighted lamp and one that is burning.”

“Love many things, for therein lies the true strength, and whosoever loves much performs much, can accomplish much, and what is done in love is well done.”

“To suffer without complaint is the only lesson we have to learn in this life.”

“I often think that night is more alive, more richly coloured than the day.”

“Don’t lose heart if it’s very difficult at times, everything will come out all right and nobody can in the beginning do as he wishes.”

“I tell you, you must not be afraid of making mistakes. Such a frame of mind leads to stagnation and mediocrity.”

An incomparable chap with an incomparable life, Van Gogh left behind a legacy of powerful words and artworks that show sturdy and delicate aspects to all of us.