Obama is not a balm for India 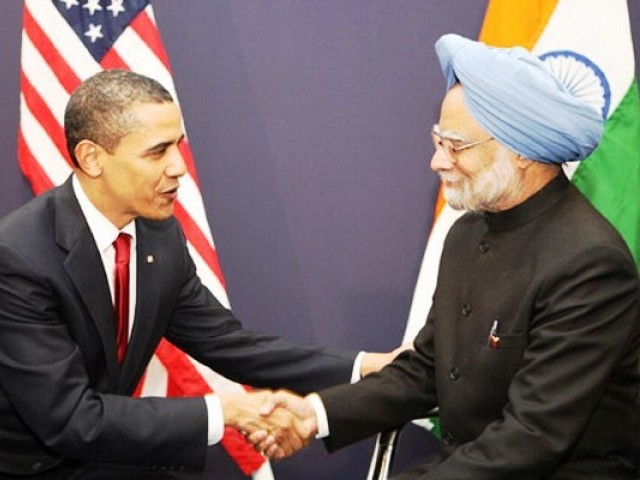 Obama aims to improve bilateral ties with India during his visit.

It’s festival season in India, with Diwali, the festival of lights, just round the corner. This year, the annual event seems to be overshadowed  by the upcoming visit of US President Barack Obama.

I don’t remember this kind of excitement occurring with regard to a visit by any other foreign head of state. Today, no news bulletin is complete unless there is some mention of Uncle Sam. Both Hindi and English  newspapers are full of stories describing not only the political significance of the trip, but also bits of Obama’s schedule. We know where he will be staying, what he will be eating and which music group will be performing at the dinner that the Indian president will host in his honour.

This obsession with Obama puzzles many people.  It seems as if our well being and future growth depends upon keeping the supposedly most powerful man in the world happy. The government ensured the passage of the Nuclear Liability Bill in parliament well in advance of the arrival of this most important guest.

A sensible mind fails to understand why India, which likes to call itself a rising power, needs to hinge its happiness on the pleasure of the USA. Why do we fail to demonstrate our confidence as a rising economy which can deal with America on an equal footing?

One section of the intelligentsia is smugly satisfied that the American president is skipping Pakistan in his tour of South Asia, thereby demonstrating his greater strategic proximity with India. This group seems to view this as a case of snubbing Pakistan in return for harbouring terrorists.

Another group of commentators, however, are not happy with the recent, top-level “strategic dialogue” and the $2 billion in military aid which the US recently pledged to our northern neighbour. They feel that the US should appease India by showing greater generosity and proposing its name for a permanent seat in the UN Security Council. They believe Obama should review his policy regarding outsourcing, which has affected Indian firms and IT professionals, and ensure greater investment in the Indian market.

But such opinions are outdated and reflect a mindset not free from the colonial past and not in sync with the new India, which aspires for a new future. Today, America has lost its vision and its moral confidence and is turning against its own values of championing a free economy, meritocracy and liberalisation. It now talks of controlling immigrants, protectionism and regulating the free flow of intellectuals. American society is becoming pessimistic.

On the other hand, India today is a place where hope rules, where meritocracy has a firm voice, where the Raj has become a thing of the past, where free trade is an economic mantra.

As reality has changed, the parameters for dealing with America should also alter. We should not appear to be the meek recipients of economic largess and words of assurance from a so-called superpower. America needs India for its survival, far more than India needs the US.

The other day, it was enlightening to hear Sonu, my driver, talk about India’s hype over Obama’s visit. He said that although America talks of peace in South Asia and a harmonious settlement in Kashmir, it still sells arms to both countries. He questioned whether the western world is even interested in a stable subcontinent.

However, this kind of common sense is rarely seen. The Pakistani establishment believes that it is a strategic partner of the US, as does India. Both states live in a make-believe world, and have forgotten about their shared past and the possibility of a prosperous future.

The disconnect between foreign politicians and the rising Indian state is evident in the way we are reacting to the Obama visit. Our so-called free media has become a tool of the establishment. We rarely hear critical voices and never have any critical analyses of India’s relationship with the US. It feels as if the media is trying to manufacture consent on behalf of the government.

Such thoughts make me restless. There is a gap between what we want to see and what we actually see.

If only I could shake off such thoughts and enjoy the revelry of the wonderful festival of Diwali.