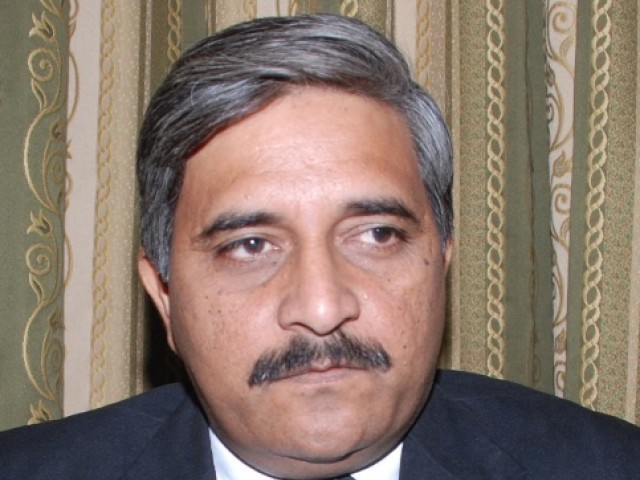 He was to defend a university lecturer who had been accused by a student group of having committed blasphemy. PHOTO: EXPRESS/FILE

This morning when I woke up, I did the first thing any sane human being would do; I checked the traffic on my page. After that, I opened Twitter and Facebook to see what I had missed throughout the night and one particular status caught my attention. A human rights advocate was shot dead in Multan. He was to defend a university lecturer who had been accused by a student group of having committed blasphemy.

In days that I went to school, we could not have accused our professors of breathing too hard, out of respect. Today, academicians are scared to give too much homework for fear they may be ‘too forward or liberal’ in their thinking and thus, may have, inadvertently, spun themselves into a web of blasphemy allegations. But of course the students’ word is etched in stone; we obviously have to believe them without admitting the need for evidence – they are Muslims!

I do not know what this professor said in the classroom to have been accused of such a draconian charge (especially in Pakistan), perhaps he instructed the class to read a little bit of literature – Shakespeare maybe – or maybe he was just explaining the need for education – heaven knows that is blasphemous!

Whatever the reason may have been, I am not interested in knowing. I have made up my mind and I know who the guilty party is.

Aside from that, what I do know for a fact, however, is that from the case of Salman Taseer’s murder to the one at hand, most took place in the province of Punjab. Now I know that this may be a far-fetched assumption to make, but please do take a look at some of the timelines provided by various news groups in Pakistan. If I remember correctly, the infamous case of Aasia Bibi took place in a village on the outskirts of Lahore called Sheikhupura. The next year, 2011, Salman Taseer, the Governor of Punjab for cryin’ out loud, was shot dead in Islamabad. March, the same year, Minister for Religious Minorities, Shahbaz Bhatti was gunned down – yes, you got that right – in Islamabad.

Shamefully, in 2012, we stooped as low so as to torch a mentally unstable man to death. We set him on fire. Alive. In Bahawalpur, might I add.

Bored of picking on people our own size, we decided to change the course of our game – we started pointing fingers at children. Rimsha Masih, a young Christian girl believed to be no older than 14 years of age, was accused of blasphemy by a so-called religious cleric. For the first time, however, the global reaction forced the courts to truly dig deeper for evidentiary support and upon its findings learnt that the accusation was malicious, the zealot who made them desecrated the Quran himself so as to provide evidence to support his claim. I may have missed out on mentioning this tiny, but frequently overlooked little detail that this case, again, was one that took place in Islamabad. No surprises there.

In the same year, a teacher at a school in Lahore was accused of blasphemy and you won’t believe it, but it was because she sent back homework! Yup, you got it folks, she sent back homework that allegedly contained blasphemous content and thence began the song and dance around that blasted merry-go-round. The school, Farooqi Girls’ High School, was stormed by a mob and burnt down. A student of the alleged blasphemer, Sadia Saleem Butt, in her plea to the government wrote,

“In this age, when quality education is worth thousands, Asim Farooqi used to charge Rs700. In today’s time, when money symbolises standards, no one could even imagine the standards he was providing. His students are doctors, teachers, engineers, lecturers, post–doctoral researchers, businessmen, and so on!”

In 2013, Pakistan’s Ambassador to the United States, Sherry Rehman, was accused for having committed blasphemy two years prior to the allegation made! In an interview. Aired on national television! The plaintiff in the case was a man from Multan (still surprised?) and his accusation stemmed from the fact that she committed blasphemy when she spoke of the draconian law governing blasphemy in Pakistan. Yup – because she spoke about the law. Not the Holy Prophet (pbuh), not God and not the Quran, but a man-made law that seems to have become the bane of our existence. We can curse Ziaul Haq for that one.

My apologies, I digressed. Where were we? Ah, yes, proving that Punjab seems to have its hands full of alleged ‘blasphemers’.

In March of 2013, an entire Christian colony, Joseph Colony to be precise, was burnt to ashes because a drunken Muslim man’s ego was damaged when his friend, a Christian man, argued with him over something. So, obviously, the easiest way to redeem himself was to accuse the Christian of blasphemy, set the colony on fire and be done with it! It really does seem to have become a trend. The Christian has been sentenced to death. But the verdict, with regards to the mob of some 3000 people who attacked and damaged property (if you can’t beat ‘em, join ‘em?), is yet to be announced. It will be a painstakingly slow legal process and in the meantime the 3000 packs of scum will be released on bail. But the death sentence against Sawan Masih, the Christian man accused, was definitely an expeditiously unburdensome verdict.

Many of these cases arose just to settle personal disputes. Yes, apparently that is enough for us to enact this beastly piece of law.

As you may have now come to realise, all of the claims mentioned above and most of the ones you will come across, stem from Punjab. Recently in Islamabad, a mosque was erected and named the ‘Mumtaz Qadri mosque’, a library called Osama bin Laden library has existed since April this year and now the resurgence of the Lal Masjid, all in the heart of the country, highlight some extremely worrisome prospects.

Yes, Pakistan is facing a plethora of issues under the ambit of terrorism, but the fact of the matter is that the green heart of our country is becoming darker and darker day by day. What is even more preposterous is the fact that our current government has a stronghold in Punjab but has taken no staunch action against these absurd cases. With executive control over the country why are these issues not being tackled? Is it because Nawaz Sharif is afraid of meddling with religious affairs for fear of his life? Is it because Imran Khan needs to placate the Taliban or more appropriately ‘those who must never be named by him’? What is it that Pakistan, and more aptly Punjab, has to go through before these so-called leaders take a stand?

Pakistan has seen a precipitous increase in militancy, terrorism and religious fanaticism in this last decade. Our ‘democratic’ leaders have come and gone but somehow fundamentalism lives on. Last night a lawyer was gunned down, not because he committed blasphemy, but because he was doing his job. He was doing his job! He reported threats to his life and the authorities did what they do best, absolutely nothing. He is dead now. If you live in a country where the citizens are not even afforded the basic right to life and security, then under what pretext exactly do you call yourself a free country? Is the government of that country worthy of heading the state? How can incidents like these go unnoticed?

I blame the government of Punjab. I blame our Prime Minister Nawaz Sharif. I blame all the leaders of the country who have called the shots for the longest time but have no guts to face the repercussions of each selfish decision made. Like journalist Raza Rumi stated in his tweet this morning:

I am sick of these words:“condemn”; “condemnation” “regret”; “concern”; “tragic”; “brave” “RIP”etc. They do not bring lives back. #Pakistan

I have been warned that this piece could result in threats for me. Well, at least now I know that when that happens, I am on my own. And so are all of you.

The writer is a News Editor at The Express Tribune and has an Undergraduate Degree in Law from the University of London. She tweets @shaikherum (twitter.com/shaikherum)

We have not forgotten APS and we will not forget Badaber

An interview with Moazzam Husain: We ‘discovered’ iron ore – what now?

Sleeping with the enemy