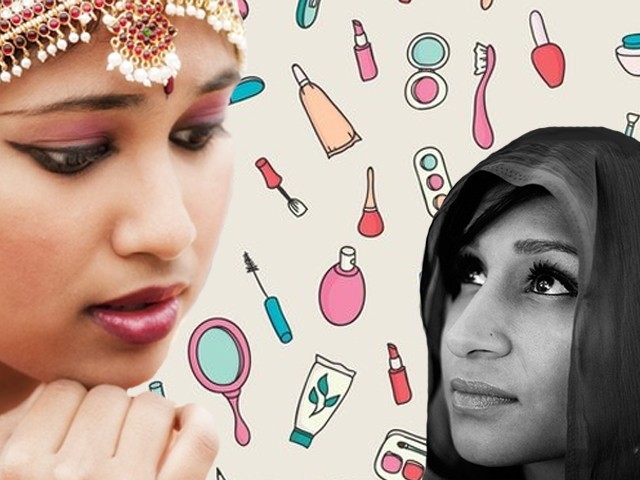 When extreme procedures, such as changing the shape of your body, hair transplants, liposuction, skin tightening and peeling can be done, why are we so touchy when it comes to skin colouring?

A few days back, an Indian politician passed a remark about South Indian women being dark.

“In the entire country, there are more saanvle (dark-skinned) men. The women of South are beautiful, their bodies… their skin… We don’t see it here.”

Perhaps he said it as a joke or perhaps he spoke carelessly without realising. Whatever the case may be, it led to a predictable barrage of reactions from foreseeable corners; feminists, anti-racists, anti-fair skin activists and the anti-sexists.

However, I felt this hype and attention was unwarranted. Truth be told, he never insinuated that dark meant ugly. Let me clarify, I am not defending the remarks made by this individual. I am merely listing the salient arguments from all angles on the age-old debate between fair and dark-skinned individuals.

Starting from the Rig Vedic period, people have prayed for health, cattle, war loot, numerous wives, children and clear white skin. Umpteen recipes are mentioned in the ancient texts for long and lustrous hair, sparkling teeth, jet black eyes, and above all, fair skin. Innumerable mantras and slokas are written and chanted when one is born with clear and fair skin.

Many people attribute skin colour to our ancient caste system. Over a period of time, at least in the North, the upper-most caste of priests came to be associated with fair skin. Brown-skinned people were co-related to meagre jobs, such as cleaning, skinning animals and tannery.

On the contrary, in a few remote villages of South India, a dark girl is preferred for marriage because it is believed that she will not hesitate to go out in the fields, sweat under the scorching sun while tending to cattle without worrying about getting tanned. A fair-skinned girl is generally understood to be cocooned at home and is not fancied on the marriage market.

I for one disagree with colour-based discrimination. Inhabitants of a certain region carry a certain skin tone. Individuals from areas further away from the tropical region, such as individuals from the north, are fairer in comparison to their southern counterparts. Fair and dark-skinned individuals exist in all castes and religions. Therefore, skin colour should not even be an issue. It is just a geographical marker.

But mankind, by nature, is never content with what it has.

In the West, truckloads are spent on bronzing and tanning treatments. Worldwide, girls with wavy hair go for expensive hair straightening treatments. Women with straight, limply hair want extra volume and waves, hence they spend a lot on shampoos that increase their volume. Salons and spas are filled with women, as well as men, wanting to change or enhance their appearances, such as shaping their eyebrows or getting a double chin reduction.

On top of all this, there has been a massive boom in the cosmetology sector. Plastic surgeons are booked to the hilt with clients wanting to restructure their cheeks or other bone structures. Today, it has become a common place practice to opt for a toe or rib removal – the procedure is as long as office lunch hours – just to fit into the latest Jimmy Choo pair of shoes or a Versace gown. Tattooing and piercing are just some of the unusual things people do to enhance their looks.

Since time immemorial, people are known to have resorted to extremes to get the ‘perfect body.’ The Chinese system of foot binding is believed to develop strong vaginal muscles due to the small steps they take, which enhances the carnal pleasure of a newly married couple. Thus, small feet gradually began being identified with attractiveness.

Today, the building of the ruptured hymen, which could be due to a sports injury as well, is a common procedure. Creams for vaginal shrinking and whitening are available in many super markets.

However, all these aspects come with their own brand of double standards.

If a girl uses recipes for whitening her skin, provided to her by her grandmother, like turmeric or saffron, only then will she be termed an old-fashioned girl. If she buys the same product produced by a multinational company, she is bombarded with the usual salacious comments associated with racism, vanity and narcissism.

My mother was worried about my marriage prospects since I was brown skinned. I confess that I too used to apply Fair and Lovely in my high school days. But I must have looked like an awkward multi-coloured parrot with a fair face and dark hands and knees. I realised my folly and stopped soon after. Eventually, I did get married to someone who incidentally is several shades lighter than me. I suppose he preferred my personality over my skin colour.

A person should be free to decide how he or she wishes to look like. Majority, if not all, of the people favouring for fairness creams are educated. The demand is so much that now fairness creams for men have also started doing well.

When extreme procedures, such as changing the shape of your body, hair transplants, liposuction, skin tightening and peeling can be done, why are we so touchy when it comes to skin “colouring”?

She works for a software house and is a mother of eight-year-old twins.

You say you’ve seen England? I say not!

Genetically ‘male’ woman gives birth to twins. Great, but did she have to?