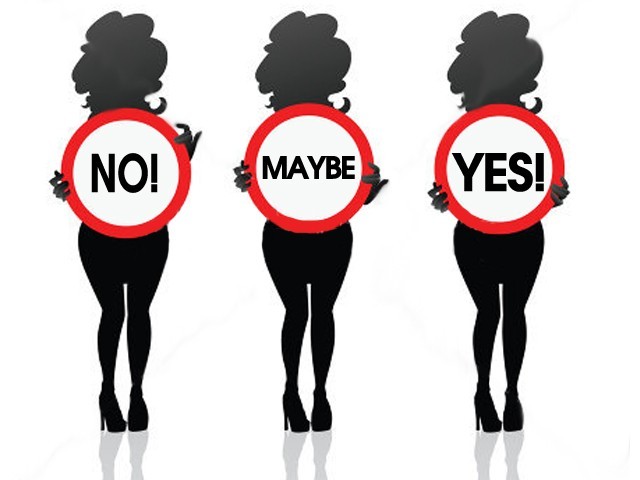 If a mother cannot teach her daughter “no means no,” then who can? PHOTO: SHUTTERSHOCK

“You know I’d never wear something like that. It’s so… so inviting.”

This was said with an air of such self-righteousness that I wanted to get up and say a prayer for this woman who thought she’s the epitome of piety and all things good. There have been numerous occasions when I have found myself fuming at such women (and men) who have taken it upon themselves to decide what women should and should not do.

Often I am compelled to consider whether I am a feminist or not, which leads me to conclude that I possibly cannot be a feminist, for being one entails believing that women should be equal to men.

As if men alone are a threat to us women, who are otherwise united as one entity.

As if only men are the big bad enemies hovering over us, as we huddle together in one corner, trying to guard each other’s respect and honour.

Men may have the requisite private organs to deprive us of our dignity, but women perhaps have a more public way of using the most lethal of all organs – the tongue – to strip another woman completely naked in front of all and sundry.

Now hold on there before you hurl a string of abuses towards me.

When I say that women shoulder a great deal of moral responsibility towards their own kind, I do not mean that men do not owe it to women to have the highest regard for them. This should be the case regardless of how they dress or behave around them, thus, the argument that “she was asking for it” must be nullified as soon as it is made. A respectable man does not need reasons to be respectful.

Having said that, I will move on to the age-old debate of rape and consent. What value does the consent or non-consent of a woman hold in a barbarically patriarchal society like ours? In fact, what does it matter in the more modern parts of our society, where the women are educated and even financially independent?

In some cases, consent is so unwillingly given or is the result of such manipulation that it becomes non-existent. For instance, take the inability of young girls unable to say ‘no’ to sleeping with their boyfriends just because that would be misconstrued as them not loving their conniving partner enough.

Why can they not muster the courage to safeguard their values, however unacceptable they may seem to the men they love and who claim to love them? By succumbing to their demands, you are making them believe that their carnal needs are above your emotional needs and that it is okay to be physical with a woman against her will. And when he goes off to another woman, he might even take this liberty to another, even more dangerous level, merely because he thinks he can.

What’s worse is the way mothers have “the brother is always right” approach at home. What may be abhorrently wrongly for the daughter is something worth celebrating in the son’s case. And these are not just limited to conservative mothers who are pressured by their husbands or other men in their lives to be a certain way, this also extends to the more seemingly liberal women who simply refuse to utilise their own capacity to think outside of socially enforced norms.

Of course, the son should have the upper hand where it matters; the daughter must only know how to be subservient to her father, her brother and whoever they choose her husband to be. By doing this, she is being told by the most influential female figure in her life that her opinions, her views, and even her consent, are a male prerogative. If a mother cannot teach her daughter “no means no,” then who can?

Respect may be earned under most circumstances, but when patriarchy becomes rampant and rapists begin to have the audacity to say out loud that if a woman is out at nine in the night, she deserves to be taken advantage of, respect must be demanded.

And these demands should be made at the most fundamental level. When a male friend objectifies another woman’s body, even as a joke, he should immediately be b*tch-slapped for doing so. The feeling of superiority that is followed by another woman’s insult must be tamed, if not eradicated.

It has to be understood that character assassination in the form of statements akin to “she is successful because she has her ways” turns into excuses for men to impose their will against ours. Each time a woman does not raise her voice against the injustice being done to another woman, and more importantly, against the injustice being done to herself, she too becomes responsible for the insensitivity shown towards every woman in societies like ours, which eventually leads to crimes approximating domestic violence and even rape.

The deliberate failure to disarm this patriarchy means that men alone are not rapists. Women are too.

Here is why I can't trust the police in Pakistan