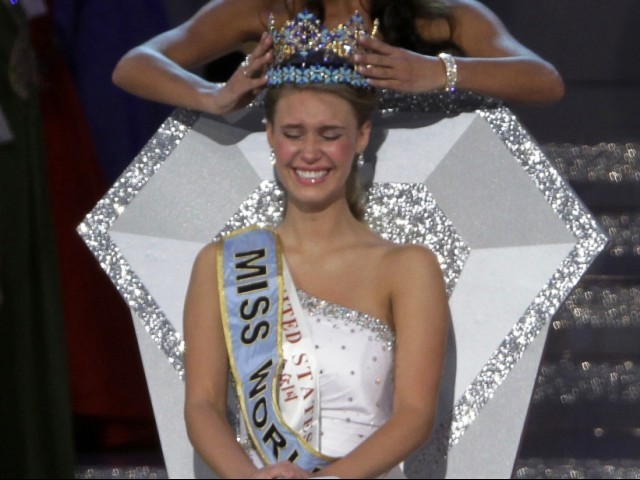 There was a battle in Sanya, China today. 115 pretty, young contestants were competing against each other and in the end, Miss USA, Alexandria Mills won the title of Miss World 2010.

She is, or so the organizers of the pageant tell us,  the most beautiful miss in the world.

What a thing to be told!

But what about the remaining ladies? Weren’t they left behind feeling ugly?  They must have felt hopeless and rejected.

Pageants have often been criticized for being demeaning and accused of making  women feel bad about themselves. Also, many feel that these are beyond just being contests of beauty.

Remember the time when there was a string of winners from India that was rumored to simply support the booming cosmetic market there at that time.

There have also been racial issues involved. Helen Lawal, Miss York 2009 , for example, received death threats soon after winning the title. Being a black woman born in Nigeria, some apparently felt that she was not indigenous enough.

Past winner Aishawarya Rai, also had to bear the wrath of critics for not being able to answer a single question without a giggle on the Oprah Winfrey show. No one liked her way of speaking and people were left wondering at the standards of grooming of the Miss World contest. Fingers were pointed at the credibility of the question and answer round in the final, which is when judges try to ascertain the grey matter a contestant has got.

Beauty is supposed to be timeless but not according to pageant rules.  Next year, Miss USA will no longer be the most beautiful girl in the world. She will be replaced by the next winner. Perhaps it is this feature of the beauty competition that serves to reminds us that physical beauty is fickle and actually it is the beauty of the soul that will keep evolving and it is this beauty that will remain.