Do men play their role as fathers? 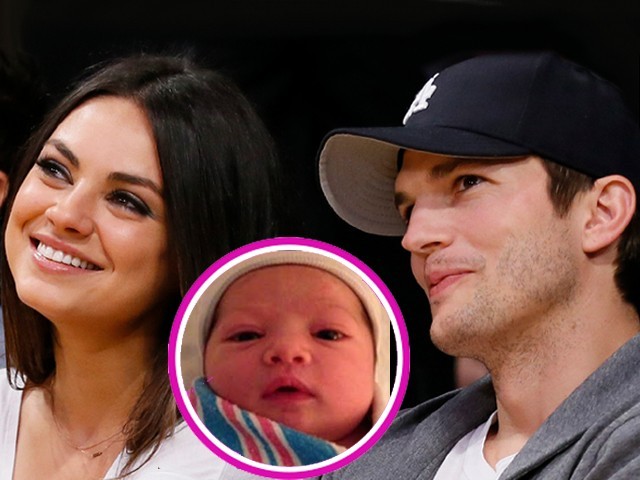 Ashton Kutcher was heard complaining that there are not enough diaper changing stations in men’s restrooms.

In their role as parents, their job is well defined. And I love the description my mother used to give while defining parental roles – dad represents joy and happiness and mom is a necessity. But does that mean that as a primary caregiver of the baby, it’s only the mom’s job to feed the little person and change diapers, since she is the necessity?

The answer to that question is simple – if the mother is a stay-at-home mom and the father is a full-time working dad, then primarily, it does become the responsibility of the mother to look after the children, but dear daddy must pitch in too. Feeding the child and changing diapers must not be thought of as a death sentence, but just something that the father does to help out the mother.

I recently came across a story that got some publicity. Apparently, Ashton Kutcher was heard complaining that there are not enough diaper changing stations in men’s restrooms. Yes, this celebrity dad wants to be a hands-on daddy, help raise his little girl, with mother Mila Kunis, every step of the way.

Mr Kutcher, your intentions are noble, and I do not doubt your sincerity. But if what you say is the truth, that men’s public restrooms are not equipped with a baby changing station, then shame on the US and shame on the fact that this issue was not brought up earlier.

Why has no other father complained about it?

Would you, as a Pakistani father, complain about something like this?

Though I must add here that this news story came as a surprise to me, for a very dear friend of mine living in the US had mentioned to me that, while raising her two children, there was hardly ever a time that she changed the kids’ diapers herself when her family stepped out of the home. She almost always told her husband that the changing stations in the women’s restrooms were occupied. Hence, he must change the diaper since the changing station in the men’s restroom must be available, and he always did. As did another friend’s husband, who happened to be an overworked physician, while she was just a spoilt stay-at-home mom.

On the other hand, I also must relay a story on the opposite spectrum, where a father let his two-year-old wailing and traumatised son sit on the toilet for some 90 minutes and refused to wash him. He waited for the mom to come home and relieve the little boy, which is plain cruel and chauvinistic. Why did this father think that it’s only the mother’s job to wash the little boy? Maybe because the father came from a patriarchal society where the women implied that certain things were not suited to be done by a man?

Yes, this mind-set is extremely repulsive and prevalent in many cultures surrounding us.

I am not a male chauvinist but neither am I a believer of bra burning feminism. Yes, if one parent is hard at work outside, then it is the responsibility of the other parent, at home, to look after the primary needs of the children. However, this does not exempt the working parent from helping out whenever they are home; it must not be slighted if they need downtime to relax and unwind after a hard day. It is a fine balancing act that has to be well-defined and understood by women and men.

My father was a very hands-on dad, very hardworking at his job, but also available to his children. Yes, my mother was the primary caregiver but my father was never lacking on his part too. Hence, I feel that changing diapers and feeding children must not be commands etched in stone. It should not be about whose turn it is to do the needful but more about whichever parent is available and less harried in that particular moment to help the child.

Let me tell you a true story about a gentleman I know. The man in question was a doctor, doing his residency – overworked, underpaid and very abused. His wife was a stay-at-home mom, but she would wake her husband up in the middle of the night when it was his diaper shift – certainly not something I agree with. On the other hand, if the wife is doing the same kind of job as the husband, yes, it would then have been right to divide diaper changing and feeding shifts.

Men must play their role as fathers, and not just by being the primary household earners but also with the everyday tasks that come with being a parent. On the other hand, women must keep reminding them of the same without nagging and overt or passive aggression.

Beware, a baby does not come with a manual, and even if it did, let me assure you that the chapter dealing with diaper changing would have read as follows,

“Both mom and dad must change diapers. You brought this little person into this world, now keep this world and the baby’s butt clean.”