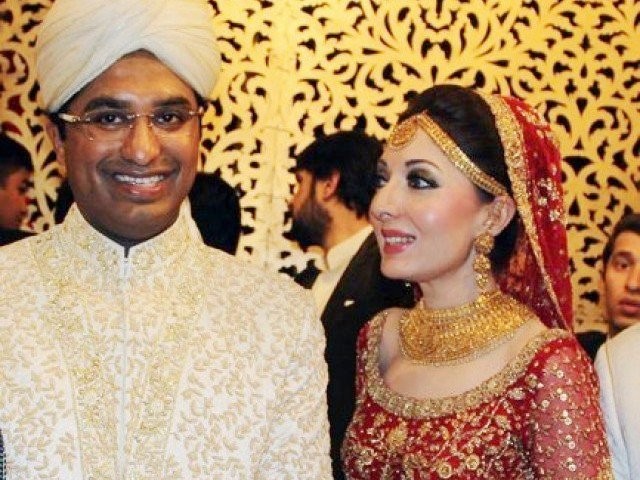 The much awaited affair boasted tight security as 4,000 guests arrived at the venue. PHOTO: AYSHA SALEEM

The coverage of Sharmila Farooqi’s nuptials on national media and the hype associated with it had all the hallmarks relevant for a royal fairy tale wedding.

The glorification of the ceremony, pictures of opulence and extravagance, and a happy couple starting a new phase – the event represented everything good in life. Unfortunately, these were pictures of beautiful dresses and lavish feasts set in the backdrop of an impoverished country.

This is not the first political wedding on which the national media went gaga. A couple of months ago, we had the Imran and Reham Khan wedding madness, that too just a couple of weeks after the horrible Peshawar tragedy. The wedding topped off months long anti-government protests which ended without achieving any of the intended initial goals. Nonetheless, despite the failure, Imran’s life turned for good.

The problem for me with all this wedding hoopla is that these politicians have already permeated almost every aspect of our daily lives and now, it seems, they are even encroaching on our social space.

Can one even look away from them?

Let me start of by saying that Pakistani politicians enjoy far greater amount of media time and attention than their counterparts in most other countries of the world. They are the equivalent of both Hollywood and the National Football League (NFL) combined – the glamour of one united with the swagger of the other. Along with all of this goes the intoxicating amount of power at their disposal.

In a developing country with little transparency and weak watchdogs, the power is not only there to be used but also to abuse.

Did I mention that they are as rich as the Bill Gates of a poor country? Of the top five richest people in Pakistan, one is the current prime minister and other is the former president. Hence, from rock stars to intellectuals, from riches to fame, the incredible strangle hold of the Pakistani political elite on this penurious nation is remarkable. Very few are as lucky as the ‘chosen’ ones in Pakistan. And then we have events like this Cinderella-wedding topping it off.

The question that begs to be asked is, since they dominate our social landscape, should they serve as role models for us to follow?

Many politicians have corruption charges against them. Sharmila Farooqi’s father, Usman Farooqi, was charged with corruption and embezzlement of a whopping Rs195 billion. It was finally the National Reconciliation Ordinance (NRO) that brought respite to the family among many others. Corruption aside, competence too is not their biggest virtue.

Only recently we observed the joking and jesting on cyclone Nilofar in the Sindh Assembly. The speaker of the house finally ended the discussion by claiming that a certain sacred shrine will save the city from any storm. In any other democratic country of the world, this attitude would have led to a major shake down. In our country, it was hardly news.

Spare a thought for a moment here for the average Pakistani – the judicious law enforcer, the public prosecutor or the honest teacher who, despite day to day hurdles and difficulties, does his job honestly. Who witnesses this intimidating mixture of power, fame and wealth play on and off the screen on a regular basis but sticks to his principles. Who must have been told clichés like “no one will get caught” and that “this is Pakistan” countless times by people around him with the following words of advice,

“Why don’t you get something out of it for yourself?”

What must that man, if he even exists, be thinking today!

What would be going on in his mind after watching these Disney weddings?

Maybe he too now would understand the raging cynicism surrounding him and might be ruing missed chances of not making hay while the sun was shining.

The problem is not that Pakistani politicians are corrupt. The problem is not that they are incompetent, break the law themselves and abuse their power. I am sure that it must happen in a lot of other countries of the world too. The problem here is that after all this, they go on to stick it in people’s faces by jeering, mocking and flaunting smiling pictures, wearing beautiful wedding dresses.

By having a happy ending regardless of the results!

The Farooqi story too, it seems, will have a happy ending like so many others do, thanks to the NRO, reconciliation and saving of democracy. Member of the provincial assembly and former advisor to the chief minister of Sindh, Farooqi’s life has turned for good. I wish her the best of luck for the future!

I only wonder though, when will the ‘good guy’ get to ride into the sunset in Pakistan?

The writer is a technology management professional who is pursuing his PhD in management. He has working experience in the areas of consulting and telecommunications. Former assistant manager at Telenor Pakistan, he is an MBA from LUMS and is currently on Fulbright Scholarship at Rutgers Business School, Newark, New Jersey. He tweets as @ussamayaqub (twitter.com/ussamayaqub)