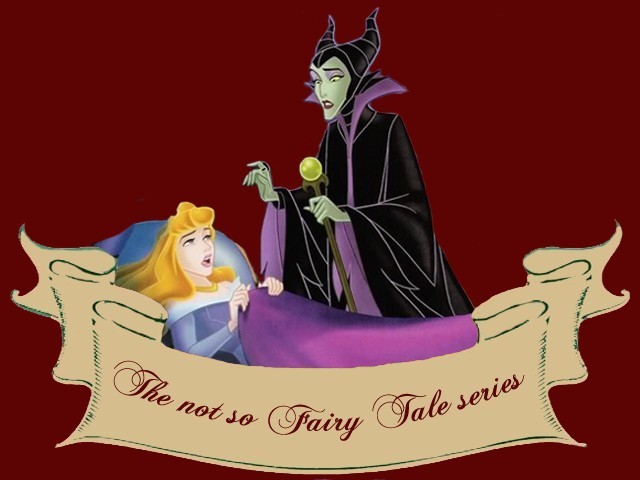 Look around you, you may find yourself in the chapters of Sleeping Beauty.

“You know you’re in love when you can’t fall asleep because reality is finally better than your dreams.” – Dr Suess

Haseena was a lovely girl; heck her parents named her so because she was absolutely beautiful when she was born. The little girl seemed to be doing well in life until she met Jawan. Jawan was a handsome boy with a mind of his own. He fell in love with Haseena and decided to marry her. But Haseena’s stepmother (Malificient) was most unhappy with the match and decided to put a spell on them.

Let me remind you that black magic, voodoo and similar mediums are out there for all to learn and practice, and if they choose not to, well, it’s because they are decent.

After the spell was casted, Haseena and Jawan struggled to be together, but circumstances invariably kept them apart. Until eventually, Haseena’s stepmother died and the spell broke. It was only then that the two got married and lived happily ever after.

“Who knows what true loneliness is, not the conventional word but the naked terror? To the lonely themselves, that wears a mask, the most miserable outcast hugs some memory or some illusion.” – Joseph Conrad

Zunaira had countless issues; she was ordinary looking, very headstrong and unwilling to compromise in any given situation. Hence, expectedly, she was unable to hold on to any relationship for long, simply because of her personality and not her looks. She had one friend – a pet cat who followed her around everywhere. The cat was looking for food and no conversation, while Zunaira needed a venting board, thus seemingly, the situation suited them both very well.

Zunaira’s neighbour said that every time he ran across her in the neighbourhood park, shivers ran up his spine.

Zunaira looked very lonely, unapproachable and dangerous, all at once. Hence, the neighbour almost always shivered at the predicament; he wanted to help but was too scared to.

Jawani and Ishq saw each other at a wedding, and they instantly fell in love. Just like in the fairy tales, Ishq went up to her and said he wanted to be with her. Jawani was not a shy girl, but in that moment, she felt very demure, shy and coy. She looked at him and said,

It all sounded so simple like it does in fairy tales, and sometimes, it actually is if interpreted to be the same. Jawani and Ishq got married; it was an extravagant wedding, the town rejoiced, the young couple rejoiced, the trees danced and the wind sang until there was trouble in paradise.

Someone in the land recommended that Jawani and Ishq seek a therapist, or maybe a sage, and so they did. The sage said that if there was an abundance of love in their relationship, all else was secondary. The sage was right, sometimes love and a strong relationship is enough to set things right, and it did.

The two aforementioned cases, namely one and three, are perfect examples of why the success of true love should matter not only to the lovers involved but to the world around them. Simply speaking, it makes the world a better place. In this chaotic world of strife and revenge, these two cases, based on true stories, tell us that love conquers all. It may sound cheesy but is essentially a fundamental truth. Most differences between couples are workable provided what they have is true love; finances, society, in-laws or any other obstacle that poses to be a threat to the wellbeing of a marriage becomes manageable if there is love and passion.

As for Zunaira, she is just another Maleficent, a fictional character based on a lonely, companionless individual looking to repel all human contact. Zunaira, like Maleficent, is devoid of all primary domestic relationships, children, spouse and friends; a true example of the perversion that is caused by the virtue of lack of true humanly family bonds and relationships.

Look around you, you may find yourself in the chapters of Sleeping Beauty. It is fascinating to see how fairy tales surround us all. Here’s to believing that all fairy tales bring forth a happy ending, a wondrous love story where we live happily ever after.