Dear America, how about practising what you preach on tolerance? 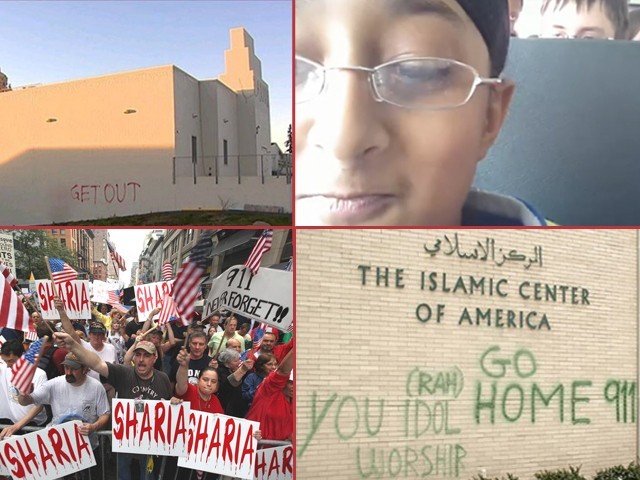 Even today, the United States is not free from racism and hate crimes, and should fix its own scenario first, before preaching to others.

The United States of America claims to champion liberal democracy and human rights across the globe, but it has much to introspect before it preaches to others. And even its preaching is quite selective. For instance, Uncle Sam has been silent over the lashing of Raef al Badawi (who talked of making Saudi Arabia a secular democracy) or princesses kept in house arrest by the late King Abdullah.

However, the irony lies in whether the United States has a valid locus standi to claim to preach tolerance to others. It has had its own history of being established on the corpses of the Red Indians (who faced the biggest genocide in modern world history) and had a long way to go in enfranchising its women and African Americans in all parts of the country, with India and Pakistan enfranchising all citizens, irrespective of race, religion or gender, since their inception.

Even today, the United States is not free from racism and hate crimes, and should fix its own scenario first, before preaching to others.

Some time back, there was an incident of a physical assault on an Indian visitor to the United States, by a policeman, which resulted in him getting temporarily paralysed; this incident clearly had racist undertones. Then, there was an instance of the vandalism of a Hindu temple; that too was not the first of such events in American history. Besides this, racist tweets against an Indian-origin model winning a beauty pageant also went viral, with some of the racists wrongly presuming her to be Muslim (as if even that is a crime!).

Most recently, there was an incident with a Sikh boy in a school bus, where he was called a terrorist; this was obviously a case of mistaken identity, where other children had mistaken him to be a Muslim, owing to his turban and brown skin, for I doubt those American school children knew of Khalistani terrorism.

Innocent Muslims and innocent Sikhs mistaken to be Muslims have been sporadically targeted in hate crimes in the United States from time to time.

However, while they should, for the sake of general knowledge, know the difference between Muslims and Sikhs, it does not mean that Muslims deserve maltreatment either. It would be ridiculous to suggest that the many Muslims in American forces, who fought the Afghan Taliban, should be deemed as terrorists.

Now, should Michael Jackson and Malcolm X be labelled as terrorists for having embraced Islam? And Malcolm X, in fact, became less aggressive in his approach to whites after embracing Islam and even apologised for the generalisations he had made about them.

Would they call Salman Hamdani, who died trying to protect 9/11 hostages and after whom a street in New York is named, a terrorist?

Even in the context of the recent Paris attacks, one of the French policemen who died fighting terrorists in that attack in Paris, Ahmed Mebaret, was a Muslim, and so was one of the magazine staff members killed, and in the hostage crisis that followed, a Muslim helped save the lives of many innocent civilians. Indeed, those fighting the ISIS include very many Muslims, especially Kurdish Muslims, who are secular by outlook and helped to protect many of the Yazidis, a tiny non-Muslim minority in Iraq, from the butchery of the ISIS.

I know that further, some may contend that while all Muslims are not terrorists (if we define terrorists as ‘non-state actors, though possibly state-backed, killing non-combatant civilians with an ideological justification’), all terrorists are indeed Muslims.

However, that is not the case.

The Ku Klux Klan and neo-Nazis giving a Biblical basis for their racism and anti-Semitism; Catholic fanatics in the United States bombing abortion clinics and night clubs and having killed innocent civilians during the Olympic Games in 1996; the Catholic fanatics constituting the Irish Republican Army; some terrorists from the Baptist sect of Protestant Christianity in Tripura and Nagaland in India killing innocent civilians giving a theological justification for their actions; Khalistani terrorists killing innocent civilians acting in the name of Sikhism (they blew up an airplane flying innocent civilians); the Jewish Defense League in the United States and the Haganah in the Middle East having acted in the name of Judaism; organisations like the Ranvir Sena having carried out massacres of Dalits (including women and children) to avenge Naxalite attacks, justifying the same theologically, and perhaps most oxymoronically, Buddhist monks inciting violence against those of other religions in Myanmar and Sri Lanka are all example of non-Muslim terrorist organisations.

Just like most Christians, Jews, Sikhs, Hindus and Buddhists are not terrorists or supporters of terrorism, and they do not believe that their religion preaches terrorism, the same is the case with Muslims. It is possible to quote any scripture out of context to justify malpractices, like some verses in the Bible namely Deuteronomy 13:12-15, Samuel 15:3, Leviticus 24:16 and Matthew 10:34 seemingly advocate violence against “non-believers” and the Purusha Sukta of the Rigved is taken by some to justify caste discrimination, but these verses do not define the entire religion.

There are Quranic verses like 2:256, 5:2, 5:8, 5:32, 6:108, 6:151, 49:13, 60:8 and 109:6 preaching peace, religious tolerance and human brotherhood, as does the letter from Prophet Muhammad (pbuh) to the Christian monks of St Catherine’s monastery and there are episodes from Prophet Muhammad’s (pbuh) life, as per Islamic lore, indicative of such an approach too, such as his allowing a woman to throw garbage at him daily and his succeeding in ideologically, winning over her by way of humanitarian affection. Those suggesting that peaceful verses in the Holy Quran are superseded by violent verses (which the vast majority of practising Muslims globally regard as contextual) would do well to note that verse 109:6 appears towards the end of the book, and preaches nothing but peace.

This article mentioning an anecdote from the British parliament does make an interesting read in this context.

Not to forget that secessionists in different parts of the world – like the now erstwhile Tamil Tigers of Sri Lanka (who killed civilians, bombing banks and marketplaces, and forcibly recruited children) or Bodo militants in India who recently massacred many innocent villagers in Assam (in the recent massacre, most of the victims were Hindus, just as most of the perpetrators were, and this has to do with deep-rooted ethnic conflicts), and ultra-leftist radicals in places like India (who have bombed election booths, killing innocent voters), Greece and Peru (where they attacked an economist suggesting free market solutions to poverty!) – are also a cause of much terrorism globally, and they aren’t even motivated by religion. Terrorism in the name of Islam does not predate terrorism in the name of other religions.

A report submitted by Europol, the criminal intelligence agency of the European Union, showed that only three out of the 249 terrorist attacks (about 1.2%) carried out in Europe in 2010 were carried out by Muslims. Speaking of India, a column by Praveen Swami in our newspaper The Hindu (‘Terror data give lie to Giriraj Singh’s slur’, May 15, 2014) and one by Samar Halarnkar in the Hindustan Times (‘Naxal or jihadi?’, February 17, 2010) also eloquently point that out.

Even in the United States, most terrorist attacks from 1980 to 2005 were not carried out by Muslims. This is not, however, to suggest that acts of terrorism by Muslims, such as the 26/11 Mumbai attacks, can be forgotten or condoned, and those advocating conspiracy theories about the same should read this article.

Also, Americans should well know that while Islam has existed since the seventh century and there have certainly been many instances of religious intolerance in its name historically – as there have been in case of Christianity, Judaism, Hinduism (there were some Hindu rulers like Pushyamittra Shunga, Mihirakula and Shashank of Gauda who were intolerant to Buddhists, and Dalits have faced much oppression over the centuries) and other religions – the phenomenon of terrorism in the name of Islam, as we know it today, can be traced to a blunder committed by the US government years ago.

While the American government and civil society have much to do to dispel prejudices in their own society, equally, the threat posed by politicising Islam is a serious one, and cannot just be gauged only by the number of victims of terrorism in the name of Islam – for the conception of society by those advocating a theocratic legal system, however relatively moderate, is at loggerheads with a modern conception of human rights based on personal liberty and gender equality.

The brutalities of the ISIS and Boko Haram demonstrate that Islamism (not Islam) is the biggest danger to a modern conception of human rights, like Nazism was earlier, and it needs to be ideologically combated successfully, which would entail re-interpreting the relevance of ideas like a Muslim ummah, Islamic Sharia and armed jihad in the context of the 21st century, wherein we have pluralistic nation-states with strong bonds of secular nationalism within them on one hand and international human rights activism (people of diverse faiths and nationalities boarded the Gaza Flotilla) on the other, for as many Muslims point out, the fundamentals of Islam lie in its five pillars. That is also ultimately the way Muslims can change the perception Islamophobes have about them.

Also, it must be pointed out that sporadic slurring and even violent hate crimes apart, we should not get excessively judgmental of the American society collectively. Speaking for myself, I have close family friends, both Hindu and Muslim, living there, and they are proud of their American identity and are best of friends with many American whites.

Also, while the United States acts as a neo-imperialist power in many ways, ‘might is right’ has always governed international relations to a great extent, and historically, Muslim rulers too invaded and plundered. And US neo-imperialism has manifested itself not only in Muslim-majority Iraq (to control oil reserves) but also Christian-majority Nicaragua, Christian-majority Congo and Buddhist-majority Vietnam, and Muslim-majority countries too often don’t have the best of relations with each other. So, to call the US an “enemy of Islam”, when non-Muslims there have a right to embrace Islam, but very many Islamic states prohibit apostasy from Islam, is not on. Also, let’s not forget that the US forces did protect innocent Kosovar Muslims from the atrocities of the Milosevic regime in Serbia.

As human beings, we must all strive to achieve the ancient South Asian ideal of vasudhaiv kutumbakam or the entire world being a family, an idea that resonates in verse 49:13 of the Holy Quran.