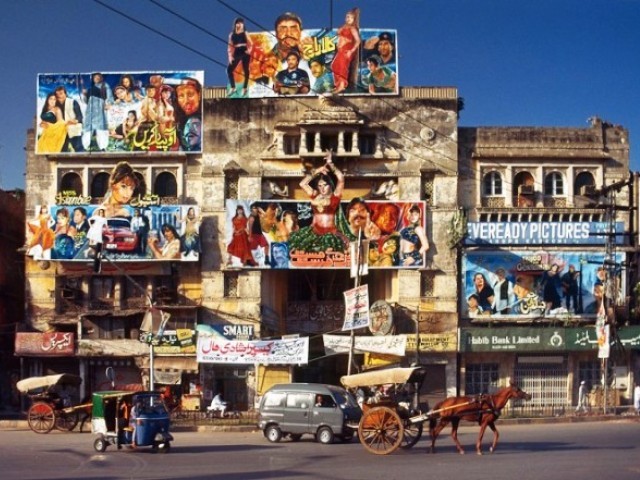 Pakistan continues to make the headlines of international news for all the wrong reasons. PHOTO: TECH IN ASIA

It was about four am when my colleagues and I touched down at Allama Iqbal International Airport, Lahore. Worn out and dazed from close to 24 hours on the road, we were overwhelmed by the sheer number of locals, a tiny fraction of Pakistan’s 182 million-strong population, at the airport.

I experienced my first Pakistani “entrepreneur” while walking out of the restroom. An old man guarding the entrance offered me a wad of tissues to dry my hands, and then rubbed his thumb and index fingers together after I accepted it – the international sign for “show me the money.”

I opened my hands up to indicate that I had none, half-expecting a violent outburst, but instead he grinned and waved me on by. Stereotypes began to fall away.

Curious glances accompanied us as we made our way through the crowd.

“Chinese! They’re Chinese!” whispered a couple of young men as we went by.

We were met at the exit by our host, Faizan Aslam, who gave us a warm welcome. The co-founder of local online ticket booking portal BookMe handed us some supplies, and responded to our fervent thanks with a smile and a shrug. This level of hospitality would continue to follow us over our three day long stay.

Mainstream media would have you believe that death and destruction are commonplace there. The Daily Times recently reported that 824 people were killed and 2,339 others injured in 372 bomb attacks across Pakistan in 2014. Aslam, however, claims that most of the tension lies in a small area near the Pak-Afghan border, which “is far, far away from any residential area.”

Yet, Pakistan continues to make the headlines of international news for all the wrong reasons, and a purportedly dangerous political and economic climate naturally puts investors off. A pity, given that the nation is ripe with opportunities, probably more so than any other country in Asia right now.

Start-ups in Asia, or any other developed country for that matter, often complain of a lack of talent in their respective countries. Yet Pakistan boasts of a massive freelancing population. In 2013, there were reportedly two million Pakistani freelancers on oDesk, making it the fifth largest contributor globally. oDesk vice president Matt Cooper told The Express Tribune that the:

“Quality of projects delivered by Pakistani freelancers is at par with our top freelancer countries from around the globe.”

Pakistan is slowly but surely joining the high-speed internet world as well. It was late to the game with 3G and 4G mobile services. The latter arrived only in April last year, but ended 2014 with close to eight million subscribers – slightly more than Singapore, who first got 4G in early-2013. Meanwhile, another 15 million people access the internet from their mobile phones – that’s half of the total number of internet users in the country. It is expected that the number of broadband subscribers will rise to 45 million by 2020.

There are a number of local start-ups who have made a name for themselves on the world stage, too. Enterprise social network Convo, which raised US$5 million from a US-based VC firm Morgenthaler Ventures in 2013, is widely hailed as an example of Pakistani ingenuity. Morgenthaler Ventures has invested in big names such as Apple and Evernote.

More importantly, the high-flying founders of these start-ups constantly mentor and give advice to the next generation in local start-up programs and competitions, of which there are many.

The pieces are in place

Tech in Asia held its first meet-up event in Lahore at Arfa Software Technology Park, a grey mass of buildings that we would end up spending most of our time in. Security here is tight – my colleagues and I passed through a grand total of four checks before getting the all-clear, and were asked where we were from multiple times.

Jazib Zahir, founder of games studio Tintash, tells us that it is generally the case for establishments that the government considers to be of national importance. Despite being a regular in the premises, Zahir himself had to show his identification card along for verification purposes, as did other locals.

Much like Singapore’s Block 71, these buildings are home to many local start-ups, many of which are housed in the resident accelerators and incubators. These organisations account for many of the current batch of budding Pakistani start-ups, and hence quite literally hold up the local start-up ecosystem.

The Punjab Information Technology Board, a governmental body, is responsible for the development of two key programs located here: PlanX and Plan9. As the names suggest, the two are close relatives – PlanX is an accelerator born out of Plan9’s incubation program. While the latter focuses on idea-stage start-ups, only those who have a product and are looking to expand further can join the former.

A round of introductions at PlanX’s quaint working space reveals start-ups with raw but fascinating products. Several of them have in fact gone on show and won accolades at international start-up events, such as Start-up Turkey and Start-up Asia – these trips are fully sponsored by the government. PlanX’s BookMe, for example, was one of the finalists at Tech in Asia’s Arena competition in Jakarta last year.

The other major players in Lahore are LUMS Center for Entrepreneurship (LCE), which has an incubation and acceleration program called The Foundation, and the Microsoft Innovation Center.

Beyond its borders, there’s the Pakistan Software Houses Association’s recently opened incubator Nest I/O in Karachi, which is supported by Google, Samsung, and the US State Department, as well as Islamabad-based Invest2Innovate, which focuses on social enterprises.

These three cities are the centres of innovation in Pakistan, though many entrepreneurs pointed out that Karachi is a fairly dangerous territory to be in – in 2013, it was called “the most dangerous megacity” in the world. Most of the country’s start-up activity happens in Lahore and Islamabad. Even so, international start-up training and launch program, Founder Institute, picked Karachi as the location to,

“Create a start-up ecosystem… similar to that of Silicon Valley.”

As can be seen, Pakistan has all the makings of a promising start-up ecosystem. Still, investor interest in the region is scant, and Aslam found this out first-hand at Tech in Asia’s Jakarta conference in 2014.

“There were about 30 investors with whom I had a conversation, out of which only five per cent showed any interest in the Pakistani market,” he recalls.

One of the investors, who was based in Singapore, even offered an investment amount that would double BookMe’s valuation if it shifted and deployed its model to Singapore, Indonesia, or Malaysia.

“But he was not interested to invest in a Pakistan-based start-up that was generating revenue and had a lot of potential,” Aslam says.

At the same time, a few global tech conferences take place, if any at all, in Pakistan as people feel unsafe travelling to the Islamic nation, which means limited access to international investor networks for local start-ups. There are several local tech events, such as TechJuice Circle and the Digital Youth Summit 2014, but attendees are typically limited to, well, the locals.

To be sure, there are some foreign investors and angel syndicates, wealthy individuals of Pakistani origin, who have started taking early risks and funding some start-ups at the seed stage, according to LCE’s executive director, Khurram Zafar. His hope is that:

“As these start-ups grow and succeed, others will hopefully follow suit.”

“But the real solution is for someone in the private sector to put together a multi-stage investment fund to finance the entire funnel of deal flow from the early to late stage,” says Zafar. “The government can incentivise such investors, but so far I am not aware of any program that does so.”

Besides the Plan9 and PlanX programs, Zafar does not know of any other initiatives or policies from the government that directly support tech start-ups. Even the aforementioned programs were conceived at the provincial level by the Punjab government. 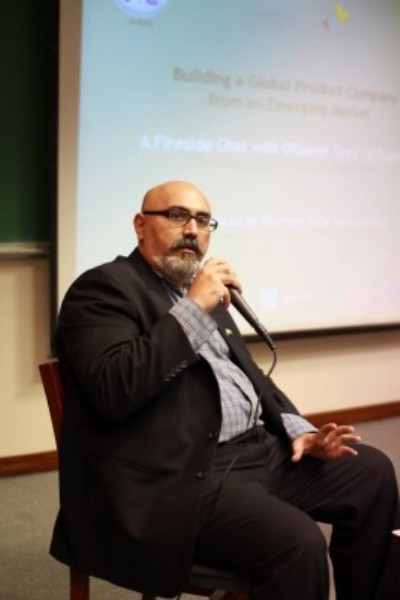 At the federal level, none exist.

The result is an environment that is not very friendly to fledgling entrepreneurs.

“For example, the State Bank [of Pakistan] requires US$2 million in paid-up capital for anyone to offer payment services,” Zafar says.

A lot more can be done by the government, such as making regulatory policies more start-up friendly and offering tax incentives to start-ups, to sweeten the deal for those who take the path less travelled.

“Currently there is a tax holiday on software export income only, but that too is coming to an end in 2016,” adds Zafar.

To make things worse, start-ups aren’t able to tap on the huge amount of talent available within the country’s borders. Most would rather join large corporations, or go freelance.

“There isn’t enough evidence of early employees leaving secure jobs to join start-ups and making it big,” explains Zafar, “So I see a lot of stratus who have closed funding, but still struggle a lot to hire top notch employees – a critical factor that drives the success of young businesses.”

All things said and done, changing the widely-held perception of Pakistan as a danger zone is probably most crucial to the survival of the local start-up scene. And it is up to the current batch of entrepreneurs to make this happen – by hustling their way to success.

As more Pakistani start-ups follow in the footsteps of local heroes, and enter the consciousness of the international tech community, you can be sure that everything else will fall in place – slowly but surely.

He is a writer based in the sunny island of Singapore. He mainly covers the tech scene in Singapore for Tech in Asia, but his byline can be found in a variety of publications and blogs, including Social Media Today, Business2Community, Canva and Unbounce. He is madly passionate about entrepreneurship, marketing, and productivity. He tweets as @legendt (twitter.com/@legendt)