The greater evil, Western hypocrisy or the ISIS? 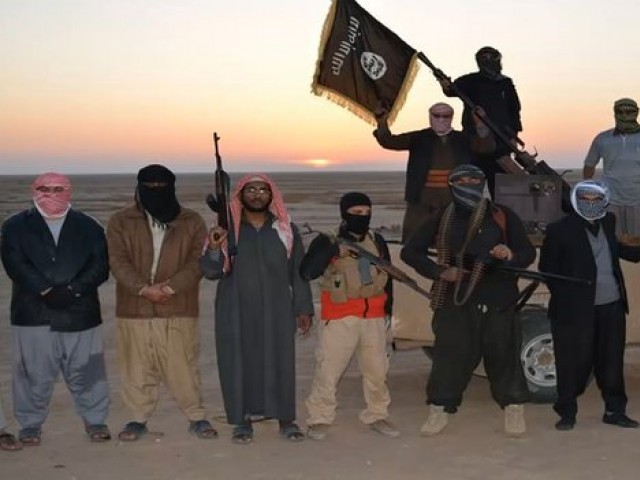 Screen grab from a propaganda video uploaded on 11 June 2014 by jihadist group the Islami. PHOTO: AFP

Who can think of leaving behind the luxurious life of western countries, including Scandinavia, and end up in a region where even getting a continuous supply of electricity is a rarity, where the western concept of freedom completely seizes to exist, and you simply do not know whether the next bomb hitting the ground will turn your surroundings into a pile of rubble.

How on earth can somebody think of leaving Australia for countries such as Syria and Iraq, which are ISIS controlled territories, when on the other hand, educated Muslims such as the ones from Pakistan are looking to immigrate to Australia as a purpose of life.

If the above mentioned incident is not enough to push you towards critically analysing world politics, the following event may help you decide.

“Fifteen-year-old left home after 18 months of sadness following death of mother from cancer and father getting remarried” – The Guardian, UK

However, there are some serious and sensible thinkers in the East and West alike, who are genuinely interested in finding out the answers to these critical questions rather than pushing the agenda-driven-media story line.

Interestingly, if you look closely at the western narrative of ISIS, women are presented as the most oppressed and exploited faction amongst the ISIS setup. Stories of women being used as slaves are narrated with complete authenticity. As a result of this propaganda, women, especially young women, should be least likely to join the ISIS. However, the following incident indicates otherwise:

So, why this is happening?

After ‘Jihadi John’, the migration of three young girls from the UK to the ISIS declared caliphate has reignited the above stated questions.

The International Maritime Organisation (IMO) views the ISIS phenomenon in isolation, which proves to be a huge mistake while analysing the situation.

Do you support ISIS or not?

Do you support the beheading of the Japanese inmate?

Do you condemn what ISIS did with the Jordanian pilot?

These types of questions do not cover the entire scenario and are being used to access the situation by discussing events in isolation.

The emergence of ISIS is a reaction to what has been happening in the Middle East for decades. World powers, time and again, have proven that what matters to them most is their own interest and they can go down to every low to achieve that.

So it is alright if Bashar al Assad’s regime keeps butchering Muslims with barrel bombs on a daily basis, while using rape and hunger as weapons against those who do not support his regime. His hired animals will go to any extreme to torture others and not always for the sole purpose for extracting information.

Such inhumane and brutal acts under his regime are taken lightly, whereas his opponents, mainly the ISIS, are defined as terrorist regime, with not even a quarter of the crimes Bashar has committed.

Iraq was turned into pile of flesh and blood, with millions killed in the name of Weapons of Mass Destruction (WMD), which were never found. Millions were brutally killed in carpet bombings because of some false CIA report published by the US. Also, look at the responsible attitude of the US – a movie called ‘American Sniper’ was released, glorifying murder and terror, rather than condemning it.

For the US, removing Saddam and ‘gifting’ democracy to Iraq was important for the wellbeing of Iraqis, which goes to that is how much they love Iraq.

However, when the same democracy resulted in Morsi’s victory in Egypt, all their love for democracy vanished into thin air as the west decided to side with al-Sisis regime. The worst part is that this is still going on.

All these hypocritical policies of the West have planted a thought in the minds of Muslims – if anyone stands with Muslims and Islam, they will be maligned, defamed, and opposed by the west.

The situation is so intense that even if the West starts supporting any Muslim leader, it puts that leader’s commitment with Muslims in question.

If you roam around the streets of Pakistan and ask people about their favourite international leader, you will find Mahmoud Ahmadinejad or Morsi at the top of their list. If you ask them about the achievements of Ahmadinejad, you will find the answers nonsensical. His popularity is increased due to him passing statements against Western hegemony.

The western propaganda machine is in full swing against the ISIS but it is actually working the other way around. The more the west maligns the ISIS, while keeping her hypocritical policies in place, the stronger the position of ISIS becomes.

Jürgen Todenhöfer, a German journalist, who visited the ISIS declared caliphate,  stated that the most striking fact according to him was that they had recruits from all around the world and they were not there by force, they came by choice; they took the risk of leaving their home countries to join the ISIS.

The other startling feature was the enthusiasm of people who migrated.

Do not get me wrong, I am not with the ISIS, not at all. But I also do not support the western narrative of the situation.

If the West wants to stop this migration, it has to stop its hypocrisy first. It needs to stop meddling with the affairs of Muslim countries. It has to refrain from their on-going practice of directing people how to live their lives. Let the people decide what is right and wrong. And please, everybody in this world does not need your beloved democracy. Stop using B-52’s and mass killings to impose this ideology on others.

There is no computer in the world which can ‘brainwash’ people; people think for themselves and come to a valid conclusion. If it is not the same conclusion you have in mind, it is not being brainwashed; it is just being different.