Unless your name is Muslim or Jew, why does Nutella’s ban matter to you? 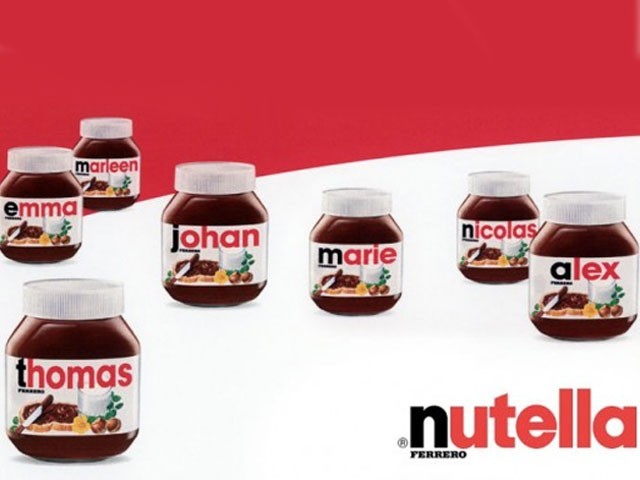 The ‘Say it with Nutella’ campaign allows chocolate enthusiasts to have their names or messages written on a jar of the chocolate spread with the use of an online app, which they could then share on social media. PHOTO: LINKEDIN

My kids love Nutella as do I. It is one of my favourite late night indulgences. Open a jar, dip the index finger in, or maybe a cracker, and forget all the worries of the world.

Yes, creamy chocolate hazelnut goodness can do just that; it has the power to make you forget the mundane everyday worries. While we are on this subject, do try my all-time favourite, fresh bread Nutella banana sandwich. This may sound cheesy, but it is definitely a match made in heaven.

Being a Nutella addict household, we obviously know a little more about the product than your average consumer. Hence, when I stumbled upon a story regarding Nutella banning a list of words including ‘Muslim’ from their customised label jars in France, I was obviously curious.

The ‘Say it with Nutella’ campaign allows chocolate enthusiasts to have their names or messages written on a jar of the chocolate spread with the use of an online app, which they could then share on social media.

According to the news story, the list of banned words included words such as ‘Muslim’, ‘Nazi’, and ‘Jew’. Surprisingly, ‘Christian’ was not banned. Expectantly, many drugs and sex related words were also off limits, including ‘homo’ and ‘lesbian’. Strangely, so was ‘palm oil’, an ingredient of the popular Italian. All variations of the word ‘obesity’ – such as ‘fatso’ and ‘diabetes’ – with or without misspelling were also off-limits.

I read the news story and laughed, and before the whole world blows this out of proportion, I thought I would write my two cents on it. And hence, my advice to my fellow Muslims is that there is no need to play the victim card and make a big deal out of this since it isn’t one. It’s not like anyone’s banning you from having Nutella, or there is a fine print on the jar that says:

According to people, there are various reasons for which Nutella decided to implement such a policy. The most clichéd one, of course, the very same one that the critics are going to have a field day with, being that the whole world hates Muslims. These big, white corporations invest millions of dollars in finding new ways to ensure that all Muslims are excluded from the mainstream.

Then come in the conspiracy theorists who claim that this Nutella ban is a part of a bigger conspiracy, with the possible involvement of the Illuminati.

My personal favourite is the one where some people said that Nutella wants Muslims to feel really sad and bad, and well, mostly lonely.

Of course the list of ridiculous reasons will continue, which may be half true at some level (you never know), but definitely blown out of proportion.

My question is why is it so wrong and offensive if the word ‘Muslim’ was banned from being printed on a jar of chocolate spread?

Who in their right mind would want to personalise a Nutella jar with the word Muslim on it, unless of course if your name is Muslim, right? Having lived on this planet for over four decades and being a Muslim myself, I have never come across a person named Muslim. I have met several gentlemen named Christian, but never a person named Mr Muslim, Mr Jew or Mr Nazi.

Many might judge this mind-set and I can hear the ‘tsk tsk’ all the way here. I can hear them say that it is not about the frivolity of the banning, but the sinister, calculated, and complex ideology behind it that irks them. The bigger game plan that works to destroy the Muslim ummah; slowly and gradually, they take away the rights of the Muslims. First it was the burkini, then it was the woman who was denied the wearing of her hijab while getting her driver’s license photograph taken, and now it is the ban of the word ‘Muslim’ on the Nutella jar.

Which brings me to my next point: How lame are you to lose valuable sleep over this issue?

Even if a friend’s or an enemy’s name is Muslim, Jew, Nazi, Homo or Lesbian, why would you want to present them with the same written on a Nutella jar on social media? Social media is already controversial; people are still learning the ropes of handling it gracefully, and ego reigns supreme in the virtual world. Hence, why would one want to refer to anyone with terms or labels that may potentially be misunderstood, especially in the current world climate of race and religion?

Imagine a college student posting the same to a friend’s social media page in good humour, and if misconstrued, it could start a whole new debate,

“Full of sound and fury, signifying nothing” – Macbeth.

If this argument leaves you unconvinced and you are still feeling cheated by the conglomerate that makes Nutella, then buy a jar, write your own name, or your loved one’s name in a bright red marker and enjoy the gift giving, and remind yourself that a Nutella gift given in the virtual world is nothing but a vague reality when all one needs is Nutella that is tangible, delicious and a free ride to chocolate heaven.

Try to see the humour in this story, instead of taking it seriously and making it a matter of discrimination.

Truth be told, Muslims have a multitude of real issues that need to be addressed urgently. So let this one slide as a chocolate anecdote in the pages of history – yes, that’s the most delicious way to deal with it.