Virat Kohli abused a journalist, but can you blame him? 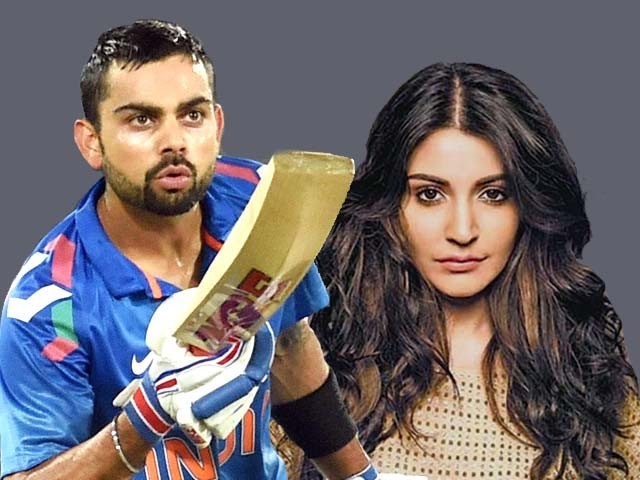 Who cares about unethical reporting in the original, incriminating article that started the bonfire, causing the cricketer to use those expletives? The world has its story.

As cricket mania progresses, there is no dearth to the mini-dramas it is stirring in its wake. And the media is having a field-day! Besides losing a highly anticipated pit against India, Pakistan’s other debacle was the ‘shaming of Moin Khan’; the chief selector had made the unscrupulous decision of joining his friends for lunch at a casino. God alone knows what went on in there, for all we know they ate and left, but the media had its story.

If Indian cricketers were gleeful about this, it was too soon. On Tuesday, Virat Kohli hurled a barrage of expletives at Jasvnider Sidhu, a senior Hindustan Times reporter, who was watching the practice match at Murdoch Oval. Kohli had mistaken the man for a journalist from another Indian daily who had recently published a not-so-nice article about him and girlfriend Anushka Sharma.

About 10 minutes later, after Kohli had gone into the dressing room, Sidhu was told that Kohli was sorry as it was a case of mistaken identity. The apology was, however, not placatory because, as Sidhu says,

“… Sumit, an old friend of mine, walked toward me and said, ‘Sidhu, he has apologised to you for his behaviour. He mistook you for a reporter from another English daily…’ I would like to reiterate that Kohli did not apologise to me directly.”

Kohli’s behaviour questions the crushing burden of ‘being good’ on people with celebrity status. Kohli’s apology was meaningless because the damage was done. As Sidhu says,

Point to note is that if celebrities are expected to be ‘good’ all the time, why shouldn’t the same go for the media? If there are ethical and moral boundaries etched out for celebrities, why is the media free to publish derogatory material that incites such behaviour from the celebrities in the first place? Do celebrity reporters deliberately attempt to incite and provoke antagonistic behaviour just for the readership and internet hits that such stories muster?

Kohli’s anger and the resulting expletives were because of an article of him and Sharma that he found snide and derisive. If celebrities have a responsibility of upholding their stature, why is the media absolved of this responsibility? After Imran Khan’s marriage to Reham Khan, a barrage of negative articles and prior videos of Reham Khan as the weather reporter at BBC were splashed across the media. Wise celebrities ignore this menace. However, the yet unwise and callow, hot young blood like Kohli react as he did.

When media ethics are studied country by country, nowhere is it considered ethical to defame a person given his public presence or celebrity status. The code of ethics of the SPJ, Society of Professional Journalists, has an entire clause titled, ‘Minimise Harm’. The important items of the clause, pertaining to news coverage of celebrities, include the following:

More interestingly, in the clause titled ‘Be Accountable and Transparent’, one of the items state,

“[Journalists should] abide by the same high standards they expect of others.”

Even if all other clauses of the code of ethics are brushed aside, this item alone is enough to check unethical media practices. But just like all other major items in the clauses are ignored, so is this.

Over the years, as the methods of information dissipation have exploded across the senses of the readers, the rule of thumb in writing is ‘sensationalism sells’. Giving the spew of information being hurled at an average reader from all types of publishing and printing, the story that catches the eye is the one that sticks. People don’t want to read about the poor young orphan who passed his exams with flying colours but they do want to read about how Kohli insulted a journalist in defence of his girlfriend. Now, there’s a story that will sell the tabloid and garner the most online hits.

Who cares about unethical reporting in the original, incriminating article that started the bonfire, causing the cricketer to use those expletives? The world has its story.

Like it or not, in today’s age of gory-journalism, anyone with star power needs to bid farewell to their privacy and be prepared to read all sorts of stories about themselves. AND they should remember to behave and act in the most decent, amicable manner afterwards. For if they don’t, the press will have another great story on their hands!