Of social media and tragedies: How you can save someone from suicide 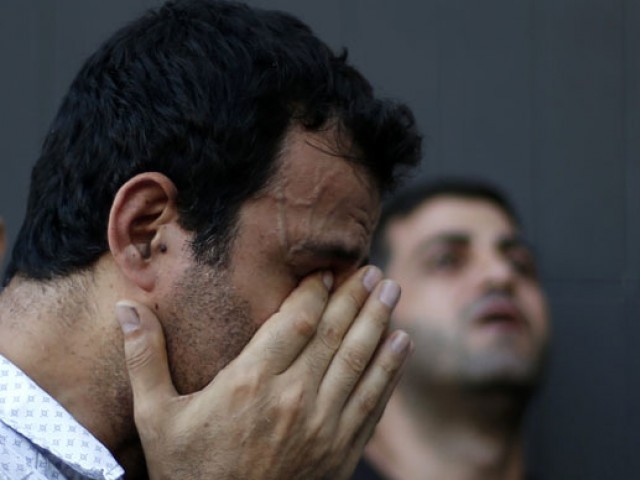 Read, talk to someone, and open up. These things have more impact than one acknowledges. PHOTO: REUTERS

Being an overseas Pakistani, my social media is divided into three parts.

So it was a normal day at home when I woke up and went through the norms of browsing through my social media. Facebook had the same old ego-centric people posting about things they deemed important.

Instagram saw the very people doing the same exact things… except with hashtags. It was not till I opened Twitter that I came across a horrible incident which had taken place in my school.

A fellow classmate had taken upon himself to end his life.

It sent a shock wave down my spine. I sat upright and re-read the tweets again. His friends were informing others of what had happened. People were retweeting pictures of him and favouriting posts. Pretty soon I saw a hashtag trending and more people joined in. I read a tweet about how his family members were unable to process what had happened. His girlfriend reportedly passed out after hearing the news. It was a nightmare on Twitter.

The cause is unknown. There was no note, nor any message that was left. It just happened without anyone knowing until it was too late. Maybe the fact that he was a normal kid, without any diagnosed conditions, is what surprised everyone.

He had a girlfriend, was studying in one of the most prestigious universities in Canada and was deemed as one of the ‘popular kids’ in high school. No one saw this coming. It just goes to show that no matter how hard we try to disguise or hide our sadness, it still haunts us our soul.

That’s when I realised something; at least once in our lives, everyone thinks about ending themselves. It’s easy, quick and in most cases, less painful. But what one fails to realise is the impact it leaves on others. The reasons for suicide might vary from person to person, but the common denominator for all the reasons is dissatisfaction with one’s life.

Depression, anxiety, stress, and heart break, all validate the fact that no matter how much one tries, the contentment of heart is what is lacking.

Some people find solace in sleeping medication and depression pills but that is like treating cancer with Panadol. I know many people who went to professional psychologists and psychiatrists and found out that they were diagnosed with things like Seasonal Affective Disorder. They were SAD. That did not do much benefit. So they were prescribed with medications that did more harm than good. If pills gave happiness, the world would be a more ecstatic place to live in.

In my experience of mild depression, what has helped me call off various events of suicide is the environment around me.

Doing something as simple as waking up at a different time rather than the normal time would do wonders. Calling up a friend or texting my cousin just to let them hear me out would make my heavy heart feel so much lighter.

Read, talk to someone, and open up. These things have more impact than one acknowledges. Ultimately, there would come a time when the phase of sadness and discontentment passes and one finally sees the light at the end of the tunnel.

The act of human communication is powerful. Wars have been avoided, marriages saved, babies conceived and lives protected by just one act of human connection. If today, you go to a friend and ask them about their day and make them feel important, when your time comes, and you lose the will to carry on, you will have someone to help you battle out the sadness.

It is like that famous song from the 90’s,

“I wish you would step back from that ledge my friend,

Cut ties with all the lies that you’ve been livin’ in,

And if you do not want to see me again,

I will understand.” (Jumper by Third Eye Blind)

As a guy, I feel that the male gender is more reserved with regards of opening up. Somehow, it seems to them that the act of talking about what is bothering them or discussing their feelings about something makes them less ‘manly’.

Let me tell you this first hand, nothing is less manly or cowardly than taking your own life. To stop that, talking about your worries and sorrows is essential. God knows the number of times I have burdened my friends with my issues.

An act of kindness is contagious. Helping someone battle their issues with them will help you battle yours when the time comes.

If one of my classmate’s dear friends had indeed talked to him, left him a message or even texted him about how he was dealing with life, things might have turned out very different.

There are millions of people like my classmate out there, who are on the verge of breaking down. It is our responsibility as humans to help them when they are in dire need of assistance. And it is easy. We just have to do it one word at a time.