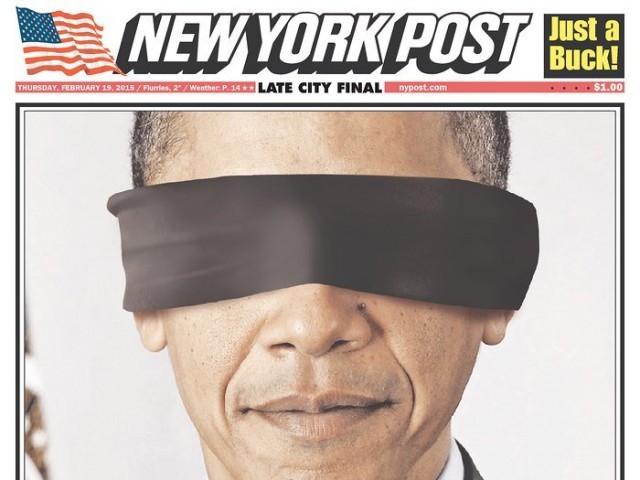 Was Obama mincing words when he refused to pin the ‘Islamist’ tag on to terrorism? His unequivocal statement that the war on terror was against people perverting Islam drew him a lot of flak from a predictable group who see the world as black and white, and discern no shades (not 50) of grey.

In any case, why would the West be at war with Islam when many Muslims are doing a pretty darned good job of it themselves?

Look around, groups like ISIS, Boko Haram, and Al Qaeda are painting towns, villages, cities, and actual battlefields red with blood; mostly of their own countrymen and women.

Closer to home, we have that mysterious NECTA list which appears and disappears but does manage to name and shame so many outfits who do kill on the basis of their religious belief.

Right now, if one looks at a heat map of the conflict zones, from Indonesia to Philippines, to Bangladesh, India, Pakistan, Iran, Yemen, Iraq, Syria, Libya, Nigeria, Kenya, the groups striking terror have “Muslim” names and identities, and claim to derive justification of their actions through the interpretation of Islam.

Even though they do not constitute even a single digit fraction of the billion Muslims across the world; it is their actions that are driving the narrative and defining Islam and Muslims for the ‘others’, be they in the West or elsewhere.

Why it seems like a war is being waged on them, hence Islam, by the West as the strongest retaliatory response has come from there.

This has come through unleashing the military might the West possess.

However, as was remarked by the Secretary General of the UN, Ban Ki Moon, who said,

“Military operations are crucial to confront real threats. But bullets are not the ‘silver bullet’. Missiles may kill terrorists. But good governance kills terrorism.”

Many also contend that it is this military might, and direct and indirect intervention, boots on ground or covert regime change in the ‘Muslim’ countries, which has actually led to the spread of the terrorism epidemic.

With the boots on ground becoming a decidedly less preferred option in the West because of the astronomical costs, and the (body) bags they return in, desperation to look for other solutions is almost palpable.

Hence, a gathering of the ‘stakeholders’ by US President Obama, which entailed a three-day meeting named “Countering Violent Extremism”, which was attended by ministers, law enforcement officials, and lawmakers to look for ‘other’ ways of combating terrorism.

While the discussion led to some action points, for instance, setting up a digital hub to counter the narrative put forth by the terrorists that helps them recruit members, and put out macabre images of their activities, it were the words spoken at that conference that generated greater heat.

Despite pressure from the conservative elements to ‘call a spade a spade’, link terrorism with Islamic teachings, Obama’s nuanced stance was not just a sop to those in the Muslim world who also think there is a war against the West; rather a statement aimed at a home-based audience that is becoming increasingly suspicious and even threatening towards American Muslims.

Increasing incidents of racially motivated attacks, which have happened at Muslim places of worship in different parts of the US, the backlash on a piece of cloth worn by Muslim women; known as a headscarf, because it is seen as a political statement, are all part of it.

The shift in this pluralistic and accepting society even prompted an 11-year-old Muslim American girl to write to Obama stating her discomfort and the fact that she is now fearful in her own country.

The fact that this letter was quoted by Obama in his speech, shows that more than the ‘protection of Muslims’, he thinks the shift away from the American values which originally welcomed diversity, is a cause for concern. Politically and strategically, the following statements, not only serve to delink terrorism and Islam in the mind of his home audience, but also serve the same purpose to the wider Muslim world.

“We should not grant them [the Islamic State of Iraq and the Levant and al-Qaeda-linked groups] the religious legitimacy that they seek.”

And while this may resonate with many, it is this particular delink that prompted images of Obama with a blindfold in the mainstream media. Because he refused to state the obvious, and because he did not call a ‘spade a spade’.

More interesting than the article in the newspaper were the comments it received, which showed what a deep divide the issue has created within the US.

This is the reason why, while there are incidents of hateful graffiti and firebombs on mosques by those who feel these are aberrations to the “American way of life”, there are others who throw open the doors of cathedrals and synagogues to offer fellow American Muslims a place to hold congregational prayers.

If a company discriminates against a headscarf wearing woman in its employment policies, the country’s justice system puts its foot down and reverses this wrong. And this is a see-saw that will continue.

Whether the ‘spade that needs to be called a spade’ is the West’s assault on ‘Islamic’ terror or on those who terrorise in the name of Islam, and whether it is seen as that on both sides of the divide, this is a long drawn out war.

The push back has to also come from both sides when peace and stability, justice and fair play have become the underlying objective and the ‘us’ and ‘them’ lines are blurred.

The ‘with us or against us’ dictat of Obama’s predecessor Bush, who never ‘beat about the bush’, and was far more direct in his utterances, is one big reason for the current turmoil.

He may not have been wearing a blindfold, but certainly had his eyes wide shut!