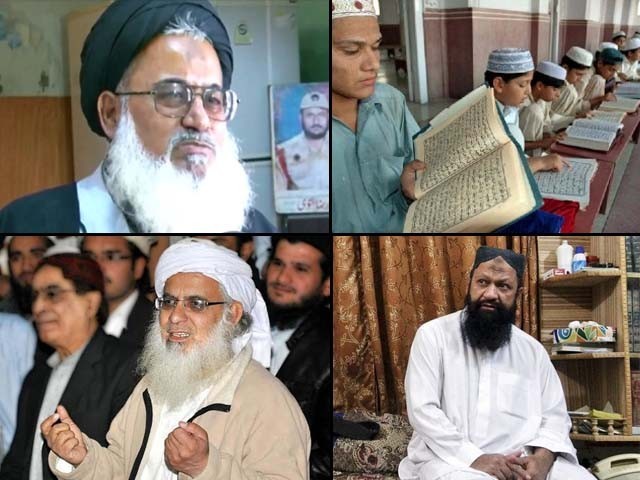 A year before a mosque in Kanpur (pre-partition India) was razed by our British overlords to pave way for a road, and while a Jinnah-less Muslim League was yet to overhaul its objectives – which until then asserted that ‘the party shall work towards manifesting a sense of loyalty to Britain’ – to work towards creation of a Muslim majority state (Pakistan was still a very distant idea), Austria passed a remarkably inclusive law, setting an example for the rest of the European countries.

In 1912, Habsburg Emperor Franz Joseph passed an act guaranteeing its small minority of Muslims royal patronage by making Islam the state religion. Not Sunni Islam, Not Shia Islam, but Islam.

More than a century later, the country was compelled into passing an amendment to the above law, thereby making any foreign funding to the madrassas and imams in the country illegal. Sebastian Kurz, the integration minister of Austria, stated that the step was taken to “prevent certain Muslim countries from using financial means to exert political influence”, and to “give Islam the chance to develop freely within the society in line with the common European values”.

Pakistan is no alien to the phenomenon Kurz yearns to save Austria from. Had the country’s religion been allowed to develop according to the sub-continental leanings, the Sufism-inspired Islam was as inclusive in its outlook and as inclined towards peace and humanity as Buddhism. Love was the only principle it sought to defend – love and acceptance.

It was in this spirit of Sufi Islam that Allama Iqbal had written,

(The person of love seeks his path from God,

(And thus) becomes kind towards both an infidel and a believer.

Give Islam and the non-Islamic religions space in your heart (simultaneously),

(For) pitiable is the heart that evades another heart.)

Retrograding from that to today, the country has become a virtual warzone for the proxy war being fought between Saudi Arabia and Iran, with sectarianism on a continuous, precipitous rise. Mosque after mosque is witnessing attacks, and one imam after another is being shot down, owing to the difference in interpretations of the teachings. Ulema within our state are the most ignorant and bigoted creed, evident from our failure to come to a compromise on the day that Eid should be celebrated.

Together with this exist clerics like Maulana Abdul Aziz, who openly admitted,

“There is no sanctity of the [Pakistani] Constitution for us.”

And on being inquired as to why there is a presence of weapons at the madrassa, he stated,

“Since there is the principle of jihad in our Islam, so we think that there should be real weapons in homes”.

In the same interview conducted by Sohail Warraich, the cleric also acknowledged that the monthly payroll of the staff working under his supervision is around Rs2.7 to 2.8 million, and that he has only one bank account, that in Dubai – a fine indication of where the funding for the madrassa is happening from.

Despite being expelled from a government job as a mufti, the cleric continues to occupy Lal Masjid, which supposedly is under the supervision of the Auqaf Department.

Then there are educational boards like Wifaqul Madaris al Arabia, which due to its very name should ring danger bells, with more than 19,000 madrassas associated with it, and a total student strength exceeding 2.3 million pupils according to its own website.

This educational board is ostensibly non-political, although from time to time, it puts its weight behind leaders like Maulana Fazlur Rehman. It claims to speak for harmony within various sects, but one look at its official Facebook page and one would notice post after post demanding justice for the victims of the Raja Bazar Mosque attack in Rawalpindi – victims were from Sunni (Deoband) school of thought – yet not a single request for the same to be provided to various attacks on different imambargahs (victims aligned to the Shia sect).

If Pakistan is indeed sincere in its quest to provide a future to its children, one which is not bloodied by warfare, it would have to take a leaf out of Austria’s book. The continuous trickle of money into the system which then ends up devouring the lives of peace-deprived Pakistanis cannot be allowed to continue.

The government would have to end the direct foreign funding, and instead a streamlined mechanism would have to be introduced, so that all the money flows through the government’s hands. It can then lead to better accountability of the purpose the money is being utilised for, and a greater government control over what should be taught at the seminaries. The government would be able to ensure that any madrassa that is involved in anti-state activities, or contributing towards perpetuation of sectarianism, is monetarily asphyxiated.

In our eagerness to play the bastion of Islam, we have allowed all forms of radicalism and militancy to creep in. It is time, now, to look homewards towards putting our own house in order, and a return to a more inclusive, peaceful form of religion.