Pakistan vs Zimbabwe: It’s time to pull up our socks, boys 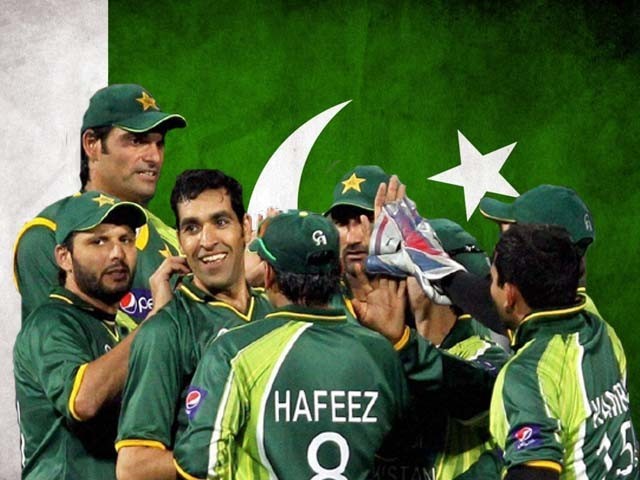 Unless our strategy is revamped drastically and executed with utmost perfection, we might be knocked out much before, or left needing to beat Ireland by a few thousand runs to catch up on net run rate.

If you’re dreading having a sleepless night right before your team faces Zimbabwe, there is either something terribly wrong with your team, you, or both. What will keep me up is not how well my team will execute its strategy, but if it even has one.

When I first saw the list for the World Cup, I could not help but notice that the last of all pool games is slated to be played between Pakistan and Ireland. My instant fear – would this become a pre-quarter final round? My second thought – is it St Patrick’s Day by any chance; remember 2007? And lastly – what’s the probability of Younus Khan pulling his hamstring?

With the state of Pakistan cricket today, deciding where to start analysing is a challenge in itself. Given, I supposedly devise strategies for a living, and have been doing so for over a decade, I shall take a crack at deciphering what has driven this team to be decimated and debilitated to a point, where even the chief selector has lost all sanity. That’s assuming he had some to begin with when he picked the invincible 15. Seeing the 15 players he picked, I take my assumption back.

Chief selector, team selection, Chairman PCB, the “journalist”, team politics, and power struggles, are some of the many points, each of which warrants at least a book in its own right. But none of them can be altered soon enough to have a positive impact on this World Cup campaign. What could change, albeit with a probability infinitely close to zero, is the strategy – the game plan as former cricketers would call it.

In failure, all strategies lead to defeat (assuming relatively even oppositions). The easiest retrospection of a strategy is in its success. Pakistan versus Bangladesh, Asia Cup, March 2014, being a case in point. Pakistan set a target of 327 and go on to win the game – sounds great! And it is indeed so lauded by players, management and media alike. Give it a bit of thought and you shall realise the grandeur of failure in that victory.

Pakistan opens the innings with their regular batting pair that gives them, for Pakistani standards, an unbelievably good 97 run start. Fawad Alam follows that with the innings of his life, scoring 74 at over a run a ball. Shahid Afridi plays one of his blinders, gets a lifeline in the process, and hits seven sixes in his 25 ball, 59 run cameo. Even Umar Akmal plays a role. The outcome: Pakistan is left needing two runs off the last two balls to win the game. They go on to win it – but that’s not the point.

Most of the above events, if not all, are highly rare occurrences. With all of them playing in Pakistan’s favour, we still needed two off the last two balls! And that’s precisely the point. When our strategy is implemented perfectly, when the stars all aligned in our favour, when we are at our best, we still do not win with an over or two or three, let aside five or 10, to spare – like the Aussies, or Kiwis or any other regular team would.

We are left at the mercy of luck till the very end. That, for me, is an absolute failure of strategy. We blame our defeats on commitment, match fixing, spot fixing, mismanagement, player politics and a lot more (casino visits being the latest addition) – but I blame it on our very strategy. We are mercurial (a description that we, for some reason, take pride in), not because at times we play above our potential, which theoretically is not possible, but because most often, we don’t play up to our potential – because we simply don’t plan well.

So what goes wrong? A lot! But let’s keep it to three key points:

At the risk of being bombed to the Stone Age by Misbahul Haq’s followers, may I say Misbah has lost us more games than everyone and everything else put together (including casino visits). Okay, maybe not, but almost. If you are a Cricinfo follower of the game, you will, in all likelihood, love Misbah. His batting average is solid, his strike rate healthy, and in most scorecards he comes across as the saviour who tried till the end but was betrayed by all.

If you watch the games live, you might differ in your opinion. Misbah takes the innings momentum by the horns, and then slaughters, butchers, slices, dices, rips it apart and lets it hang out to dry in the middle, like no other. He has more career dots than there are stars in the Milky Way.

He blocks and blocks, required rate skyrockets, batsmen on the other end crumble under scoreboard pressure, slogging and in turn dropping like flies. Behold, Misbah holds his ground, and blocks no less. Target goes beyond reach, beyond sight, the game in all practicality, lost. The pressure is off, and then come the sixes. Misbah 60 not out in 75 deliveries. Pakistan has just lost by 30-40 odd runs.

We know you’re technically the best we have. We also trust you to do what you do in good faith, you play to win, and you’re a patriot at heart. But it’s high time you realise that your strategy does not work with the team you have. In fact, I strongly believe it will not work with any team – even if you had a Michael Bevan, a James Faulkner or a Lance Klusener, or all of them at the same time. But regardless, you don’t. They say you go to war with the army you have, not the army you want. This hand-picked army of the invincible 15 is all you have. Make no mistakes, your strategy has failed a nation, not for weeks, not for months, but for years.

In the last four years, we have only on four occasions, set a target of 300 plus. In one, you did not play; in the second, you did not bat; in the third, you got out early scoring four runs; and in the fourth, we had already reached 200 by the time you walked in – it was too late to spoil the party.

During the same period, we have been set a target of 250 plus runs on 20 occasions. Remarkably enough, we managed to lose 18 of those. In the two we won, you scored four and nine, including the Bangladesh game cited above. Had you survived a few overs in that game, the stats could easily have been 19 defeats out of 20.

Shahid Afridi plays a shot as Bangladesh wicketkeeper Anamul Haque looks on during the eighth match of the Asia Cup one-day cricket tournament between Bangladesh and Pakistan at the in Dhaka on March 4, 2014. Photo: AFP

We are at our best when the best we have is neutralised early on – what a shame! If there were points for minimising the margin of defeat, Misbah, you would have been the greatest cricketer ever. Unfortunately, the game, especially a knockout, is played to win. It’s time you change the way you play. Play to win – either you will, or you will fall with your head held high.

Games are not won by simply batting out the allocated 50 overs, with no regard to what you do in those. A belief you have held throughout your career, a concept you refer to as “batting deep”, which you reiterated in the press conference after the recent India debacle. Games are won by batting as long as possible, ideally all 50 overs, while maintaining momentum and keeping the scoreboard ticking. 40 scoring overs and 10 maidens, will always, in every ground, against any opposition, in any weather, result in exactly the same total, to two decimal places, as 40 scoring overs alone.

Don’t believe me? Do the Math – it will work every single time.

Misbah, I know it’s hard. But, at least try!

If there is a holy scripture requiring you to send your match winner only after you’ve lost the match, I have yet to read it. For all his issues – that we are all well aware of – Shahid Afridi continues to be a match winner for Pakistan. Even with his bouts of mental decapitation, he stands fifth on the all-time list of ODI man of the match awards winners, and in the company of legends, Sachin Tendulkar, Sanath Jayasuriya, Jacques Kallis and Ricky Ponting. On top, he is in the form of his life. He still religiously comes to bat once the required rate has crept over 10, and the game is all but lost.

Shahid Afridi reacts (R) and Junaid Khan (L) looks on after winning the sixth match of the Asia Cup one-day cricket tournament between India and Pakistan at the Sher-e-Bangla National Cricket Stadium in Dhaka on March 2, 2014. Photo: AFP

Afridi walks in with over 100 needed of under nine overs. He goes berserk, miracles happen and we win with one ball to spare. One ball! That’s the Bangladesh game I cited earlier. Two dot balls somewhere and it would have been another historic win for the Bengal tigers. What a waste of a truly great effort it would have been.

You will be better off with your game changers (Afridi, Sarfraz Ahmed) in the middle, than on the bench, while you’re still in the game. By the time you’re chasing nine or 10 an over, you’re not in the game anymore; you’re on the prayer mat.

Finally, there is also no law that forbids setting a target above 250. In the highly unlikely event of a good opening or first wicket stand, it is to the best of my knowledge, no criminal offence, to tinker with the batting order. Sending an Afridi or Sarfraz higher up to milk a good start might help set a target that might be against Misbah’s principles, but good for Pakistan.

Waqar Younis, you were one of the best this world has witnessed. Wake up!

Some were carved in stone, eons ago. Others are so basic that a five-year-old could crack. Yet we struggle, and struggle we do. Here I give them to you, plain and simple:

Younis Khan raises his bat and helmet as he celebrates after scoring a century 100 runs against South Africa. Photo: AFP

Barely two weeks into the World Cup and the prospect of a pre-quarter final with Ireland is not a fear anymore, it’s a hope. Unless our strategy is revamped drastically and executed with utmost perfection, we might be knocked out much before, or left needing to beat Ireland by a few thousand runs to catch up on net run rate.

He is a Cambridge graduate, a McKinsey alumnus, a patriot and a die-hard cricket fanatic.