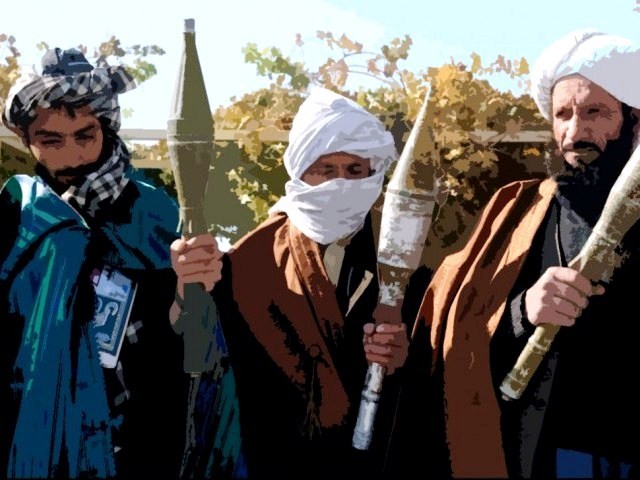 Pakistan may have been through a series of dictatorships, but this one is deadliest of them all - religious dictatorship. PHOTO: AFP

Only when we thought Osama bin Laden was rotting in his grave and the West had started accepting us for our faith, Islamophobia struck again.

After the Charlie Hebdo attack of January 7th, the Denmark shootings of February 14th and the public flogging of Raef Badawi, a liberal blogger of Saudi Arabia, the West found grounds to fear Islam again. We see articles in the news about how the West is becoming cynical and alienating Muslims, and how a parking space issue can turn into a homicide because almost everybody in the West is either afraid of Muslims or angry at them.

Like Mr Kashif Chaudhry, you too might believe that some Twitter giants are conspiring against Islam. But I, for one, do not think the likes of Sam Harris, Pamela Geller and Richard Dawkins are propagating Islamophobia in the West.

Muslims have taken care of it themselves.

Muslims of Pakistan, Muslims of Afghanistan, Muslims of Saudi Arabia and everywhere else have done enough to deserve hatred. Muslims around the world have killed enough innocent children, attacked enough schools, burnt enough Christian villages, torn down enough Hindu temples, mutilated enough journalists, shunned enough scientific laws and flogged enough bloggers for free-thinking to deserve this acrimony all around the world. Heck, I don’t even think that Islamophobia is a problem in the West alone. It is our problem too.

All Muslims haven’t encouraged Islamophobia. In all the labelling and stereotyping, and generalising all Muslims as fundamentalists, the West refuses to see us as victims. Whenever there is an article on Islamophobia, we are the culprits when in fact we are the ones who really suffer.

The fact of the matter is that Islamophobia in Muslim countries is rarely ever spoken about. Pakistanis live under the fear of religion too; our mosques, churches, temples are not safe. Converting to another religion is out of the question. In fact, even questioning religion is inconceivable. At this very moment, Pakistan is not fit for Muslims or non-Muslims alike.

More than two months ago, on December 16th, 2014, 134 innocent children were butchered in a school in Peshawar. And now, there are snipers hidden in the buildings of almost all the big schools in the country. The mothers of Pakistan deserve awards for gallantry because they gather strength every single day and send their children back to these same schools.

We have suffered first hand. We have seen the wrath of those bent upon imposing their version of Islam on everyone else. And we have been forced to fear the religion we are supposed to love. The West is not increasing Islamophobia, we are. People from amongst us are spreading it.

Since the Peshawar attack, leaders of the nation have united for their fight against terrorism. The country is supposed to be combating terrorism but on February 17th a suicide attack killed eight, in the middle of the day, right outside the Gujjar Singh Police Lines. This was a reminder that even the guards of the city are not safe anymore.

Religious extremists have established that no other form of religion is welcome in Pakistan. Christians and Hindus are out of the question; these extremists are far from accepting even another sect of their own religion here.

All of this has made us, regular Muslims caught in the midst of all this violence, Islamophobic. When the ISIS, al Qaeda, the Taliban propagate their version of Islam, we feel Islamophobic too. Because this version of Islam they are propagating is not what we know it to be.

As if news headlines do not contribute enough to our Islamophobia, our universities are not free from religious influence either. Islami Jamiat Talaba (IJT), the student wing of the political, religious party Jamaat-e-Islami (JI), still dominates the University of the Punjab. Their horrors engulf university students, administration and even university professors. They have shot students and assaulted professors several times on university grounds. In fact, they will often be seen openly carrying batons and canes, trampling the grounds in groups.

They kill whoever and whenever.

Pakistan may have been through a series of dictatorships, but this one is deadliest of them all – religious dictatorship. At this very moment, Islamophobia is not only ‘on the rise’ in the West, it is on the rise in our very own backyards. If you want to curb Islamophobia, start with home first. We need it more than anybody else.

We are in a state of war and if there is any fear, any phobia, in the world right now, it is in our own hearts.