What Pakistani dramas can learn from Pyare Afzal 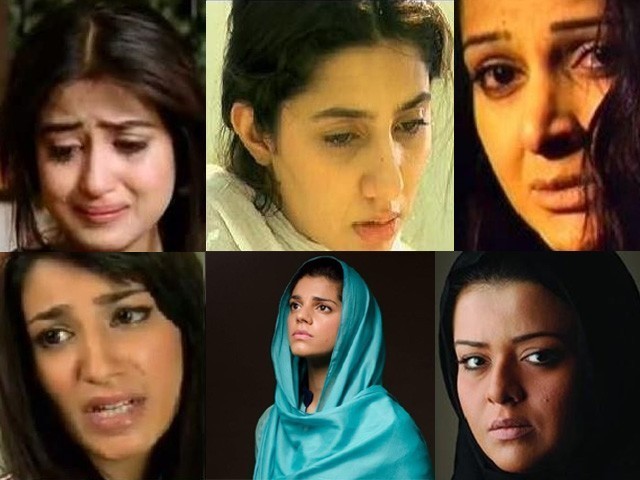 Pakistani dramas can be seen reinforcing patriarchal values where women have to submit to men without any hesitation.

Pakistani dramas are famous for their practical take on people’s everyday life and its complexities rather than an empty glamorous portrayal. This is why they have gained massive popularity in our homeland as well as across the border.

Pakistani dramas have succeeded in portraying family life in Pakistan quite aptly except recently, these dramas have been revolving around marriage and family politics.

A helpless daughter-in-law, a heartless mother-in-law and an obedient son:

With these three characters, a Pakistani drama can possess reasonable viewership. A number of additional characters can also be included to add more mirch masala, but these three are the main protagonists.

A helpless daughter-in-law, who comes from a middle-class family, is modest, obedient and an introvert and almost all the important decisions of her life are taken by others. She is accepted only when she does what others tell her to.

Her situation is further exploited by a tyrannical woman – the mother-in-law – who does not have any sympathies for her. The obedient son always takes the mother’s side and cannot help his wife even if he knows that she is innocent.

The protagonist in Pakistani dramas is usually trapped in a vicious cycle of power in which she has to encounter a powerful and intimidating woman – her saas (mother-in-law). The saas was once a powerless bahu (daughter-in-law) herself and is now reproducing what she went through.

In this active and passive fight for power of theirs, the winner is usually the mother-in-law because she deserves more respect, and has more power and reliability due to her years of struggle. The struggle between the two continues throughout the serial where the saas woman emerges as the winner in the last episode.

You cannot resist or rebel because you are a ‘role model’!

Pakistani dramas can be seen reinforcing patriarchal values where women have to submit to men without any hesitation.

The hardships a young married woman experiences are eventually overcome by the influence and control she will have over her own bahu – a phenomenon known as the cycle of power. Every family is a victim of this vicious cycle, as is depicted in every Pakistani drama.

The ideal woman is one who, despite going through various levels of exploitation, does not complain at all and patiently tolerates whatever comes her way. Not to mention her dignity that is also lost somewhere in the madness that is the family drama. Almost all of the female protagonists in Pakistani dramas have experienced a similar situation and do not end up triumphant up until the last episode.

The main loophole evident in current Pakistani dramas revolves around the concept of marriage which ultimately leads to the perfect setting for a battleground scenario amongst women in an extended family. This backdrop only targets a female audience.

The other important aspect of the family is that men are either ignored or given lesser priority than women. On one hand, a woman’s position in relation to the patriarchal structure is represented, while on the other, the main element of that structure – men – are usually side-lined.

Regardless of the economic crisis that has created many social problems for men, eventually leading to a masculinity crisis where men now find it difficult to perform their duties as the sole breadwinner, the main focus of Pakistani dramas still remains to be household politics.

The recent drama, Pyare Afzal, highlighted the aforementioned crisis of masculinity. The drama not only catered to all audiences, regardless of sex and gender, but also managed to represent a dynamic picture of our society showcasing class differences and issues of unemployment and crime.

Similarly, Pakistani dramas need to cater to people according to their gender and age group and move onto shedding light onto issues other than family feuds, marriage and divorce. For example, women’s status outside the family circle has been neglected, including other social evils such as poverty, illiteracy, and harassment.

Family politics is not the root cause of all evils in a Pakistani society. We are living in the 21st century and it is high time that writers explore different topics and highlight social issues that can, in turn, help educate and entertain our masses at the same.

Nadia Agha is an academic from Shah Abdul Latif University (SALU) Khairpur and currently pursuing her PhD in Women's Studies from The University of York. England. She tweets @AghaNadia

If Angelina Jolie and Deepika Padukone can do it, so can you!

Perhaps Jordan can teach Pakistan how to treat its minorities