Back in the game: Give athletes a break! 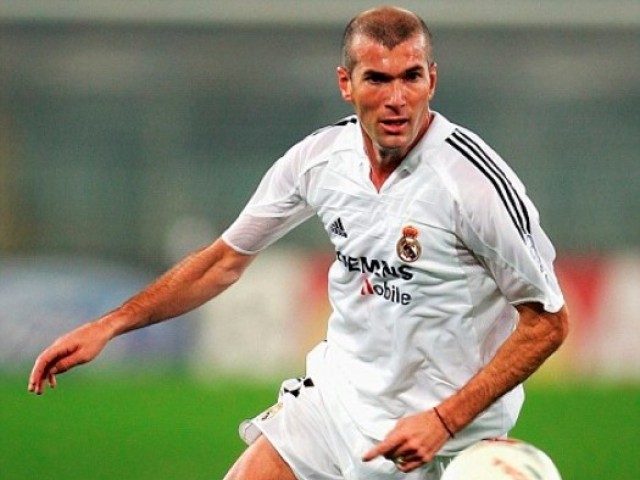 Is it fair to remember Zidane's career just by its last, infamous twenty minutes?

Four names in the world of sport have captivated the headlines over the last decade, with respect to their decisions to return to their chosen fields: Micheal Jordan, Zinedine Zidane, Micheal Schumacher and Justine Henin.

While each has got a mixed response and some comebacks have already ended in what might be considered tragic circumstances, I think most sports fans think too selfishly of themselves, instead of putting themselves in the shoes of the legends that choose to return.

For many of these demi-gods of sport who return, there can be no doubt that they have one thing in common: they all want to come back to their sport and win. However, scratch beneath the surface and most sports fans will realise that winning isn’t necessarily their primary motivation for returning. Their primary motivation is an undying love for the sport that they excel in and a feeling of helplessness when they prematurely exit it. I know that not every fan realises this; in fact, the great majority don’t, judging from the kinds of reactions these individuals receive in the popular media as some of their come-back stories unfold.

A few things that are often overlooked by the average fan need to be put in perspective to appreciate what it takes to return at a late stage in a sports personality’s career.

I. The battle for fitness

At forty something, if you think what Micheal Schumacher endures is just as easy for him as when he was in his twenties, guess again. The battle for getting back into top form only gets harder as the years roll by, and while experience peaks at a certain level for all intents and purposes, it is impossible to roll back the clock on your bodily condition. Unless of course your name is Alessandro Del Piero, in which case you are somehow exempt from this rule.

The fight to get back into shape is such a huge mountain to climb, subjecting yourself to a full year of gruelling punishment is often cited as the single biggest deterrent to most players coming out of retirement. That Zinedine Zidane could dance around players in his mid-thirties at the 2006 World Cup should be seen as an achievement in and of itself.

That Justine Henin could just pick up a tennis racket and make it back to the finals of a Grand Slam with just three months of training after more than a year away from the sport, shouldn’t be possible. The battle to get back into shape is indeed worthy of our praise and admiration and something that we often neglect when judging our favourite athletes on their comebacks.

When the media asked Micheal Jordan which one of his titles meant the most to him, he said it was his sixth and final title in 1997. This was surprising, because it seemed the easiest of his six to attain owing to a lack of competition in the league at the time. Not to mention the fact that Dennis Rodman, Scottie Pippen and Tony Kukoc were all veterans by the time win number six rolled around, giving ‘Big Mike’ less responsibility to shoulder. The reason Micheal Jordan cited his 1997 championship win as his most significant was an insight into the mind of a successful athlete.

After two gold medals at the Olympics, 5 MVP Awards, 6 MVP finals awards and everything else you can imagine, motivating yourself to win something you’ve already won multiple times is one of the hardest feats an athlete comes up against. Put into perspective, this makes perfect sense. Waking up knowing that you are a legend of the sport you are still playing, that somewhere, a placard with your name on it has already been prepared for future placement in the hall of fame, that you have reached the pinnacle of your career, wouldn’t you wonder why you are doing it all over again?

We usually put the mental aspect of sports on the back burner, as we are usually glued to the physical feats. Any sports fan should consider the psychological aspect of the sport they watch and realise that there is often a far greater battle being fought in the minds of athletes with themselves, rather than the players around them.

III. The risk of leaving behind regrets

Ironically, it seems that fans of every sport are either in denial, or completely oblivious on this particular front. Sports writers and the media often harp on about how coming back to the sport would tarnish a particular athlete’s legacy if he/she doesn’t come back and dominate. The individuals we revere, who are contemplating a return to a sport, do not seem to think on the same wavelength as fans when it comes to the reasons why they want to come back. For champions that decide to come back for one last tour of duty, it is a personal decision that is usually borne from a premature exit from the sport of their choice, not from the perspective of wanting to have achieved some championship or goal, but purely because they have not got the sport out of their system yet. Herein lies a rarely exposed dichotomy.

Fans watch their favourite players to escape from their ordinary lives. These players perform feats of brilliance, for which they are afforded demi-god status. On the other hand, players entered the game in the first place not just because they were talented, but because it happened to be their passion. Once you’ve won everything that there is to win, winning is trumped by being given a chance to be part of the sport you are beginning to fall in love with all over again. This explains why players aren’t deterred from coming back to the sports they love, even if it means they might not win. The legacy of a true champion and defender of one’s sport is therefore, less important than being given the privilege of being invited to play just one more time.

I hope that the average fan gives these factors some serious thought before they issue a tirade over whether or not it was a good idea for their idol to return for one last hoorah. Maybe we should be a little more grateful for what our heroes gave us in years gone by, instead of judging their legacy based on what they do during the last 20 minutes of their second tenure. After all, if we applied these standards to Zidane, we would all consider him a head-butting villain–something that none of us in our right minds should do! Perhaps we should be affording the same consideration to our other heroes, the ones who decide to don their kits and pick up their weapons one last time.

This blog was originally published here