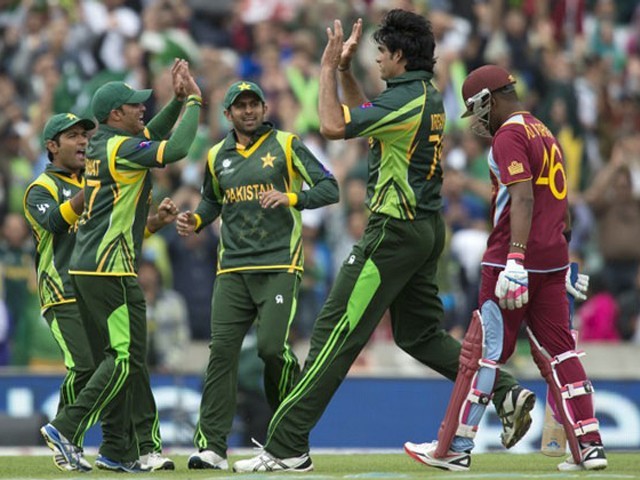 When you walk into the world famous wax museum Madame Tussauds in London, there are only two cricketing figures standing – Sachin Tendulkar and Brian Lara. There is no Wasim Akram, no Ricky Ponting, no other cricketer deemed worthy enough to be immortalised for all of history.

Such was the grandeur of the West Indies team in years past that references are still made, records still intact and trophies still proudly on display. Much like the Pakistan cricket team, their glory days are behind them and the young men on the pitch are falling to shambles relentlessly trying to emulate that which is no more.

Enigmatic and unpredictable are perhaps the two most over used words for Pakistan and West Indies. In many ways, the two teams can relate unlike any other, specifically going into this World Cup. Battles with their board, indecisive committees and self-inflicting policies have overwrought their cricket institution.  The Pakistan Cricket Board (PCB) have had their fair share of drama with slandering of former chairs, issues in court, corruption and questionable selections; it has been a new episode every week.

The Pakistan cricket team, unfortunately, has fleshed a second string team with most of their key players injured and out of the side. No Saeed Ajmal, Mohammad Hafeez, Junaid Khan or Umar Gul to depend on, and as the match on Sunday showcased, this is a hapless team still in search of a winning combination.

The West Indies side has also been marred with the exclusion of Sunil Narine in their team; their magician whose stellar record found its way to the top of the ICC ranking table. Conflicts with the board have also removed Dwayne Bravo and Kieron Pollard from the side. A humiliating defeat against associates Ireland and Pakistan’s massive loss to India have meant that the Windies and the green shirts are now in a cornered predicament. They must win this match to guarantee a place in the quarterfinals or risk depending on other teams.

In 2011, Pakistan convincingly defeated West Indies in the World Cup quarterfinal by 10 wickets, having bowled their side out for 112 runs. Flash back 23 years ago, in 1992, when West Indies (still in their glory phase) faced Pakistan, they comfortably chased 220 runs and won by 10 wickets. Those were the teams that held players we now speak of in whimsical admiration. Traditionally, the two teams have been evenly matched up in World Cup events with West Indies winning four and Pakistan three.

Ironically, who better than Pakistan to understand the pain of an Ireland defeat after their 2007 World Cup debacle? What other team has blind faith in the allure, star power and antics of a Chris Gayle or a Shahid Afridi? What other team self-destructs or galvanises as frustratingly or magically as these two? The West Indies top order, much like Pakistan’s, collapsed in the first few overs against Ireland but eventually Lendi Simmons and Darren Sammy propelled them to a daunting 300 that fell short. Pakistan must bear in mind, specifically after the 2014 T20 World Cup defeat, that their lower order is strong enough to decimate any bowling attack in the world.

This is the year the associates have come out to play with a vengeance, almost to spite the policies of the ICC. Both teams realise the weight of this match and with so many similarities, it is almost impossible to forecast any kind of prediction. My money is on Pakistan out of sheer bias, the heroics of Sohail Khan and determination of Misbahul Haq restoring my faith and making me believe in more. Perhaps dropping Younus Khan and keeping Sarfaraz Ahmed is key or Nasir Jamshed could be the solution to our opening partnership, whoever the playing 11 in 2015, here’s hoping our lost glory can once again be found.

It’s time to put Sunday behind us and the cup in front of us.