Fifty Shades of (messed up) Grey 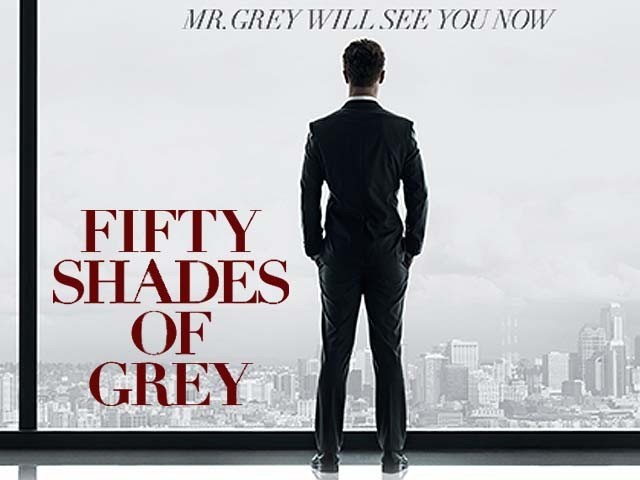 Although the film dragged in parts and was laughable in others, it still managed to do what all the other rubbish trilogy adaptions have not been able to do before – laugh at itself.

Never before have character names from a book become even more accurate in a film adaptation until now. The sky in his world is grey, the ties are grey, his surname is the epitome of Grey and Jamie Dornan’s rendering of the multimillionaire Christian Grey is sadly greyer than dull dish water.

It all appears rather fairy-tale like until his ‘ism’ is revealed, as befalls all relationships, but it’s not just your regular ‘wanting to be in physical contact with the remote at all times’ weirdness, instead, we are told that his ‘tastes are very singular’ and shown a rather alarmingly well-stocked OCD BDSM red room filled with fetishist paraphernalia. Christian can only be with Anastasia if he is the dominant and she is his submissive or so he says though that never seems to be the case with her because and like every woman’s actual fantasy she is of course so special and also plays hard to get so well – she must have read The Rules – that she might just have the ability to change him. And so begins an almost Bollywood style cat and mouse chase between the unlikely couple and yet as he clings to her dupatta and tells of what has triggered his wayward desires, there is something lacking in the depiction.

While the world of Christian is grey in tone, there is not much subtle, in between or complex about it, no grey area in this contract filled film; it is defiantly, and to its detriment at times, a black and white portrayal of a self-confessed control freak who is either over-emotionalised or ‘fifty shades of f**ed up’ because of his difficult start in life but never a flawed human being through any fault of his own or just awkward hard wiring. Yes, the book is partly to blame for the shoddy backstory and this is certainly a tamer, even more vanilla version of the book, but on top of this, Dornan does not seem to fully embrace the role of Christian, at times making us feel nervous for him – he blinks way too much – so we end up almost pitying his character instead of finding him confusing which certainly caused a few awkward giggles in the screening I went to that should not have happened.

What is definitely confusing, however, is that Dornan is excellent as a serial killer in BBC TV drama The Fall so perhaps the nerves could be put down to the fact that he replaced Charlie Hunnam, the originally cast Grey, late in the day and didn’t have as much time to prepare for the role as Johnson did. We may never know. Well that is, until his next film which certainly will not be a small one now that this guy’s on Hollywood’s radar.

But it is instead Johnson who, though in taking on this part has certainly taken the bigger career risk out of the two leads, has ended up triumphantly taking an at best feeble, weak willed character in the book – who has her own strange ‘ism’ in that she says ‘oh my’ in her head a lot – and has turned her into a witty, Bolshy and yet fragile, likeable character. Perhaps this is because the film had a female director in Sam Taylor-Johnson at its helm who may have naturally focused more on the female perspective, perhaps they had an affinity because they have the same surname or it might just be because she is a very talented actress – I don’t remember seeing her in anything else though she was in The Social Network – but Anastasia in this film is by far the main event.

As expected, because it’s directed by the above mentioned artist, the film looks stunning and there is not much to fault in the aesthetic except that the nature of the more intimate scenes is certainly hyper-stylised to an inch of its life, hinting at an overly cautious and controlling studio overlord (Universal) which has ultimately taken away from the vulnerability of Anastasia and Christian’s connection.

I had also expected more from the soundtrack, especially after the special adaptation of Beyonce’s Crazy In Love which accompanied the teaser trailer.

At the end of the day however, this is not a film that can and should be criticised in the same way that other films must; Fifty Shades of Grey is a phenomenon entire of itself which can only really be compared to itself and so relative to the book, this film adaptation is definitely better.

What’s more, never before have I been to a screening – granted on Valentine’s Day – where so many young women have been giggling, sighing and snorting to such an extent and almost in conversation with each other and not found it the slightest bit annoying. It was almost as if we were all sharing a very loud and humorous secret and although the film dragged in parts and was laughable in others, it still managed to do what all the other rubbish trilogy adaptions have not been able to do before and that is laugh at itself.

A London-based filmmaker. She has lived in Barcelona, St. Petersburg, Colombo and Karachi and writes on films. She tweets as @aleyhaa (twitter.com/aleyhaa)

Tim Burton might have missed the mark with Big Eyes

The Hunger Games: Mockingjay Part I – It’s the taking part that counts