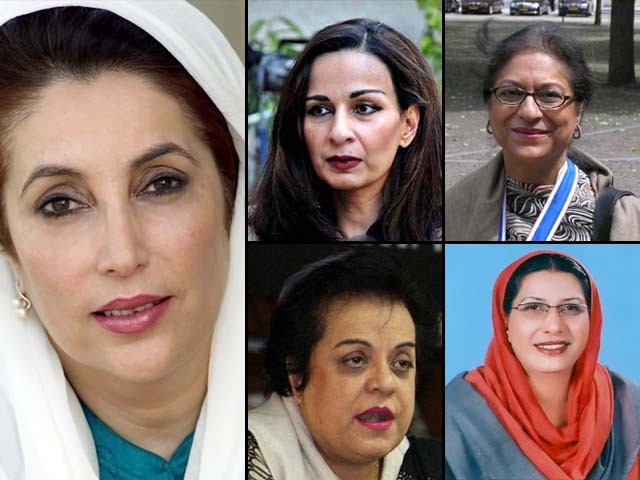 It is high time that we start respecting our women and let go of the double standards we have towards the two genders.

February 12, 2015, commemorates National Women’s Day in Pakistan, for our mothers, doctors, engineers, leaders, homemakers and women belonging to every strata, class and religion in society. But while we celebrate our women, it is very unfortunate that many of them have to face immense challenges in their daily routine; from public name-calling to humiliation and character assassination, our women go through all.

Whenever they come out and participate effectively in political or public spheres, many elements express their venom against such women and regard them to be of bad character and lacking morals. An example of this is the recent dharnas by Pakistan Tehreek-e-Insaf (PTI). While we saw offensive pictures, profane language and loathsome commentary used for the women who were participating in dharnas, very few highlighted their political will to garner for change. To say that these women were only present so that they could get a glimpse of Imran Khan’s “ravishing” looks is a grotesque idea. This reflects a diseased mindset where women are considered to be lowly creatures with no integrity whatsoever.

Similarly, Altaf Hussain, the party leader of Muttahida Qaumi Movement (MQM), recently crossed all lines of civility and ethics when he referred to the PTI women as prostitutes. If political participation is akin to prostitution, then he must know that he happens to be in the same profession, and while he points a finger at these brave women, his own four fingers point back at him. It’s good that he apologised but one must definitely exercise utmost restraint before exhorting to such shameless speeches.

This is not something new or surprising; character assassination of a woman who believes in breaking societal barriers in the way of her progress as an equal citizen of the country is the first and most convenient tool for cowards, the shameless and the incompetent. We have seen multiple times – in our political history, on live television shows and even on social media – that women are often derogated for the way they look, speak or move, while paying no attention to what these women are saying, and many a times a woman’s status is devalued by associating juicy scandals about her past, irrespective of whether they are true or not.

Why is a male politician or public figure not subjected to the same vile behaviour?

This nation is proud of producing the first female prime minister of the Muslim world, but even she had to face derogatory terms in jalsas by political dwarfs who were nowhere near her calibre or political wisdom. It is very acceptable for us to have memes of women like Firdous Ashiq Awan and Shireen Mazari for the way they look but a man would rarely be treated like this.

This is reflective of the moral depravity we, as a society, live in.

Is this what our religion, social norms and values teach us?

Respect for women is such a noble ideal in our religion that it cannot be derogated, no matter what. But sadly, mud-slinging becomes the first tool for many to deter a woman from doing or saying anything the misogynists and male chauvinists do not like. Such men need to understand that as you sow, so shall you reap; if today you feel comfortable in disgracing another woman, be prepared for another man doing the same to your female relatives tomorrow.

There are such double standards with regards to the culturally-accepted conduct of both men and women in the public life. We all laugh together when Zulfiqar Mirza calls Rehman Malik a hajaam (barber), but will we ever allow a woman to express her views that fully and glorify her as well? Not that this is something worth glorifying but explains the point that how much of a disparity there is in terms of what a woman can or cannot express in public.

Even as bloggers, journalists or lawyers, women cannot talk frankly on topics considered to be social taboos and have to carefully choose their words. It is expected of a woman to act with grace in public, but what about the man? Shouldn’t he be reprimanded for his uncouth and disdainful behaviour?

And these instances are not just limited to particular professions.

If we see a man smoking in public, no one gives him a second glance. But if a woman does the same, she is ostracised for it and considered amoral. Whenever someone has to post a picture of Asma Jahangir or Sherry Rahman on social media, to degrade them, they would conveniently choose the ones in which they are smoking and it sends a clear message to the general public: that no matter what these women have achieved in life, they are undisciplined – because they smoke.

Even when it comes to divorce, women face the same taboo. The recent example of Imran and Reham Khan comes to mind, where while both of them were divorced and had kids, it was only Reham who was given slack for it. Just imagine how our society responds to a woman who takes a divorce to marry a man of her choice and to a man who takes a second wife even without permission of the first one. In the first scenario, the woman is the “culprit” and a characterless entity and in the second, the innocent man must have gotten trapped by the cunning woman.

So both ways, it’s the woman’s fault.

When will this hypocrisy end?

When will we evolve and see others as people and not as men and women?

Why is it okay for every random man to dictate how a woman should be or behave? Who gave them the right to do this?

It is high time that we start respecting our women and let go of the double standards we have towards the two genders. We really cannot afford to ostracise half the population of the country for exercising their fundamental rights. Before becoming the moral police for others, let’s learn to correct our own imperfections first.