A grand wedding or a happy marriage, what’s more important? 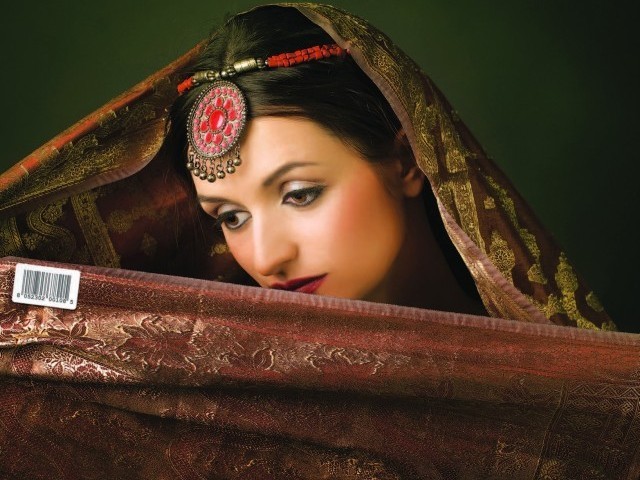 It all started with the jora (the dress). Our weddings are structured around dresses, dresses and dresses, especially the ‘shaadi ka jora’ (the wedding dress).

I have strongly felt that as members of an educated community, we must show a sense of responsibility and bring about a change to dismantle some of the weird and complicated constructed norms that bring about no good, but instead intensify wrong trends in our society. One such trend is weddings becoming a status symbol.

Weddings in Pakistan are a waste of money and resources. What made me write about Pakistani weddings is the sense of waste, the lack of depth regarding serious and more important concerns in marriages, and the useless traditions we have been following since ages.

I feel shameful when it comes to our wedding institution and traditions related to it. These wedding practices have stripped away the real essence of marriage. Instead of helping to create a steady foundation of a happy relationship throughout our marriage, we focus our energies on the weak standards of weddings.

A wedding in Pakistan is a multi-day event that includes decorations, performances, gatherings, food, traditional ceremonies and a lot of other festivities. Hours of work and huge amounts of money are spent to arrange an attractive wedding, but there is barely any attention paid to the marriage itself.

Everything is set to look amazing but in making the wedding perfect and attractive, we conveniently forget about the bond of holy matrimony. Everyone, including the couple, pays attention to external beautifications but neglects the factors that actually build a marriage and make it work. Nobody thinks what will happen once the marigolds and roses fade away and the pricey wedding dress is forever locked away in a suitcase.

It all started with the jora (the dress). Our weddings are structured around dresses, dresses and more dresses, especially the ‘shaadi ka jora’ (the wedding dress). The whole event turns out to be revolving around the jora not the jori (the couple). Instead of focusing on the jori, to see if they are suitable for each other, we drive ourselves crazy focusing on everything related to the jora, the costly and gaudy wedding dress.

During one of my proposals, a major topic was the shaadi ka jora for the in-laws as well as my own family, but I was the least concerned about it. I think it is absolutely irrational to spend a huge amount on a dress that is worn just for few hours. I was satisfied to wear just shalwaar kameez or a pishwaas and churidaar pajama, with a a good cut and vibrant colours, because if you know how to carry a dress, it does not matter how simple and inexpensive it is.

Yes, it should be new, elegant, stylish, and neat but does that mean it has to be worth hundred thousand rupees and above.

My head began spinning when I came to know that the boy’s family intended on buying me a dress worth a lot of money. I protested. I was not at all willing to put on a dress which cost the same amount as seven dresses put together.

I thought I would be the same person in a Rs. 20,000 dress (though a Rs10,000 one would have done too) but nobody seemed to understand that, not even my family and close friends. I had to fight and they kept me quiet by saying I was making an issue out of ‘just a dress.’

“Exactly! It is just a dress.”

The matter went viral and my cousin screamed,

(What? Just a simple dress? A bride should look like a bride)

And later some aapa jumped in and said,

(We marry only once)

A friend would try to tempt me by saying,

Blah blah blah, all these arguments were too weak for me. I did not give up. At some point, it felt like that this marriage would not take place.

But my protest worked, so they allowed me to wear whatever I liked on the day of wedding, but on the second day, the Valima, I was supposed to be on display wearing a gharara (skirt) worth a hundred thousand and above, or else I was told that,

(Their honour will be forsaken)

This made me think,

(How weak is their standard of honour? It shatters on such trivial matters, I would have only questioned my honour if I had usurped someone’s right, if I had hurt someone or if I had been uncivil.)

Well, I was saving their money, but if they wanted to spend it, then okay, that was up to them. I decided to do my own thing. As an Eastern girl, I too had imagined myself looking pretty, wearing a beautiful, colourful dress on my wedding day, but my education had taught me to say no to such useless things.

This strange fascination with dresses has perhaps been brought about due to the media coverage. It has come to the point that girls believe that all the external preparations will complete them and their marriage.

Girls, relationships are not made like this; they need internal preparations and that is what marriage is all about. In the act and celebrations of getting married, we forget the true meaning of marriage; wedding becomes important than the marriage itself. It seems that the whole wedding culture works to dampen the spirit of marriage.

My young students speak to me about how they want to change, but their elders and people around them never listen and eventually they surrender to their manipulations regarding marriage. We can bring about a change with a little extra effort by saying no to these useless social norms that are neither in accordance with our religion nor moral principles.

There is no denying that the consumer culture entices us, but as educated people we need to stand against it with confidence and set our own civilised healthy norms. It is a form of struggle when one can afford all these luxuries but one does not indulge because one wants to set a tradition which makes the institution of marriage in the country an easy, real and happy celebration. My point is to make weddings relatively simple, decent and happy.

Do not make it a burden.

It can be all fun and celebrations if you have genuine relationships. Play music, dance, eat, wear beautiful clothes, get a nice make over, take photographs but try to cut down on the luxury. Marriage is the real deal; the wedding is all about construction. Weddings poison the personal and social relationship by its connection to appearances.

My second big objection is the lavish spending on food at weddings. What is the point of spending a huge amount on people who can already afford such food, why not invite people from the less privileged strata of the society and allow them to indulge in these luxuries?

They will be really happy, they will remember us and their prayers will matter. Or if not this, then arrange a small drawing room gathering or garden party with just close family relatives and friends of the couple. Why a battalion of extended generations of relatives?

I do believe that a lot of people want to take steps to eliminate such customs but they cannot stand up to the criticism of society. We must take this responsibility, for we are the privileged ones.

Our attempts tend to focus not on concept of marriage itself, but on practices inflected by the wedding industry. We need to propagate this idea as much as possible that the lavish, extravagant and wasteful wedding culture of Pakistan is industrially produced and not a recipe for happy marriages.

Now the wedding industry has become a full-fledged ideology promoting extravagance, luxury and mindless adherence to appearance resulting in anxiety and stress and it is furthering the gap between the rich and poor. This puts pressure on those who cannot afford such extravagant lifestyles.

The fairy tale kind of wedding just raises fantasies and unaffordable expectations in girls, it never guarantees a perfect marriage.

Our goal should be to restore the true meaning of marriage and celebrations. I had to say no to a long range of expensive wedding dresses, since I believe we must not go on display, but rather look normal and decent, because going on a display with costly designer items, to me, is cultural cheapening and moral degradation.

All pretty women out there need to understand that simplicity is beauty.

Yes, you can accessorise and make yourself up, but do not be overly made up and do not hide yourself behind artificiality. Five inch heels, trying to walk perfectly in stilettos, wearing French chiffon, carrying a smoky eyes look with artificially upturned lashes will not give you any credit if you do not have the consciousness of what it means to be beautiful from within. As a matter of fact, the whole wedding show reminds me what Betrrand Russell calls,

“The blind hurry of the universe from vanity to vanity.”

As young and educated individuals, we need to show a higher level of awareness in order to inspire others to step out and struggle for a better way of living. It is time for the younger generation to change perspectives and take an initiative to make lifetime togetherness the priority, and not waste time and energy on lavish external settings.

Instead of investing in dresses, customs and luxuries, why not invest in relationships?

Let’s not forget that the couple needs to build an entire life together.

The author is a Lecturer in the department of English, female campus, at the International Islamic University, Islamabad. She is also working as a coordinator of the Critical Thinking Forum at the university. Currently she is pursuing PhD from Royal Holloway University London, UK.

‘Aadhay Adhooray Khawab’: Exploring the death of creativity through education