AIB Controversy: Who has the last laugh, India or the moral police? 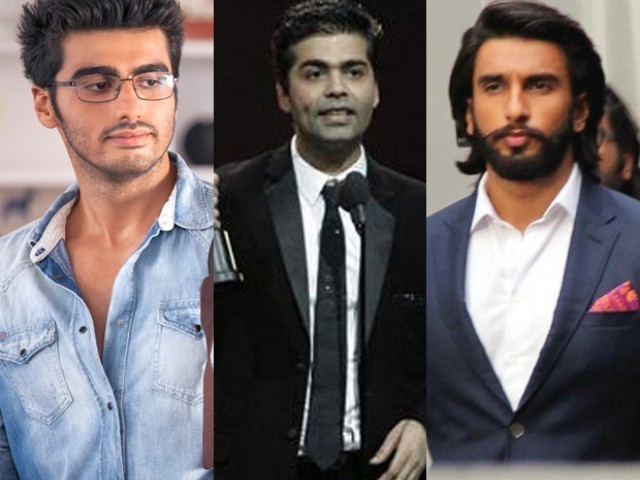 Censorship is just a euphemism for governments like ours to legitimise their ideological projects. PHOTO: REUTERS

Although New Delhi’s legislative assembly elections are just round the corner and the city that has been the helm of power in the subcontinent for centuries will choose between its ‘aam aadmis’ and ‘khaas aadmis’, the fulcrum of debate instead is a comedy show uploaded to YouTube, a video-sharing website, that many Pakistanis wouldn’t know of, on January 28, 2015.

It is fascinating how one chooses to become a comedian in a part of the world where something funny is going on all the time. A few years back a group of witty comedians, comprising Tanmay Bhat, Gursimran Khamba, Rohan Joshi and Ashish Shakya, formed the AIB – an online comedy collective. While the Pakistani underground is still busy with White versus Brown themes, and more importantly its struggle against radical thought, AIB garnered an identity of its own in India.

Mushtaq Ahmad Yousufi, one of the greatest humour writers from our part of the world, once wrote,

“The day we understand why we laugh, we won’t laugh again”.

That is perhaps what happened when a roast, conducted live by the group over a month back, was posted online. According to statistics tweeted by the group itself, within 24 hours it became the third most shared video in the USA, first in India and they became the number one subscriber gaining channel. Within three days the view count had clocked to seven million. The show, hosted by film director Karan Johar, consisted of insult comedy directed towards actors Arjun Kapoor and Ranvir Singh, in the presence of a 4,000-strong live audience and numerous Bollywood bigwigs.

At the end of 24 hours of release we were the no.1 subscriber gaining channel in the world. Ahead of Pewdiepie, Taylor Swift, Maroon 5, VEVO

At the end of 24 hours, we were the third most shared video in the USA. Number 1 in India.

7 million hits and counting. Sincere thank you to the thousands who've sent us messages and emails. It's been a very interesting weekend :)

Disclaimer: The language used in this video may not be suitable for viewers under the age of 18.

Whenever a form of art that threatens prevalent Indian truths surfaces, a plethora of orange-clad organisations – with funny names that rhyme with John Cena – resort to much hue and cry. While on the contrary, India is the same country that recently showered laurels upon a movie based on enforced disappearances and the imposition of the Armed Forces (Special Powers) Act in Indian-occupied Kashmir. As someone famously quipped, had a director announced to make a movie on the missing persons of Balochistan and Khyber-Pakhtunkhwa, the cast and crew would have gone missing.

While the 4,000 attendees and famous personalities, who were the butt of jokes at the roast, were okay with the content, cases of public obscenity were registered against AIB by people who had little to do with the event. Apparently, India too has its own ‘Khudai faujdaar’ (God’s crusaders) who uphold the standards of morality and national pride. Bowing down to external pressure, the group announced to take the show down in less than a week. They also conducted a two-hour-long live chat session where they clarified their position and answered questions from fans. While most continue to emphasise the importance of consent and freedom of speech, others argue over the role-model position of Bollywood supremos.

Not your cup of tea…don't drink it!!!

Censorship is just a euphemism for governments like ours to legitimise their ideological projects. The question is whether Pakistan is also ready to laugh at itself? One wonders why leaders of banned outfits in our country enjoy extensive media coverage while ‘outfits’ that ‘disturb’ the mind, eye and faith of the beholder are condemned by the society. After hypocrisy, moral policing is one of our favourite national characteristics.

Famous political activist Maulana Ubaidullah Sindhi once noted how the unnecessary exertion of holiness and subjective moral injunctions has paralysed the minds of our people.

The AIB literally knocked out purposeless societal standards of morality. In my opinion, the temporal setting of the show is what has brought the house down. The debate of gender discrimination and violence is still tugging at the heartstrings of millions while the roast effortlessly joked about every taboo there is.

Yet the message is loud and vivid – India is changing.

I can sing today because Amjad bhai told me I can

Would Manto be happy with Ali Sethi's Aah Ko Chahiye?