Muslims banned the burqa before France 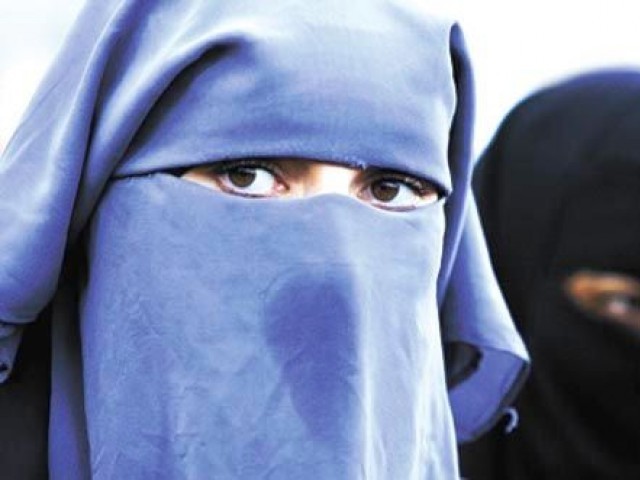 India is the latest country to have politicians demanding a ban on burqas.

France’s ban on the niqab caused uproar among Muslims who felt that they were being targeted. More recently Shiv Sena’s idiotic demand to ban the burqa in India- after someone wearing a burqa stole a child from a hospital- attracted considerable attention from the media. Unfortunately, when steps that go against this religious freedom happen in Muslim majority states like Turkey and Kosovo, we remain silent hypocrites.

While there was some talk about Turkey’s headscarf ban a few years back, I am surprised that I had never even heard of a year-old ban on headscarves in Kosovo. Perhaps this is because our media is more interested in giving us stupid news about Bollywood instead of reporting on the world beyond the subcontinent.

A small fascist party in India making ridiculous demands seems to be more important than Muslim states curbing the Islamic rights of their citizens. I didn’t read or hear anything about what is happening in Kosovo in the name of secularism. But our media made sure we knew what the minority Sena fascists were up to.

From what I learnt after following the news on the recent protests against the ban, the secular state of Kosovo said that the ban on wearing headscarves in public schools was in keeping with their constitution. While this is the official justification for the ban, some believe that it is actually an attempt to join the EU – through a display of  ‘European values’.

Whatever the case, the ban remains unjustified.  I wonder what countries like Turkey and Kosovo are trying to prove by taking such steps, after all,  most European countries do not  believe in such discrimination themselves. If there’s no problem with the headscarf in the UK –a world leader – how does it affect the pursuit of ‘European values’ in Turkey and Kosovo? Or is it that the definition of European values is different in countries that are desperately trying to get into the EU umbrella? Perhaps when they say ‘Europe’ they mean ‘France.’

The underlying message of the discrimination is – the scarf decides your future.

For many it’s a choice between your religion and your education. If you want an education, go against the Burqa.

Unveiling the mind is definitely more important than unveiling the head in the name of ‘equality,’ for it is the what is in your head that makes you ‘modern’  and not what’s on it. This is something Muslims need to understand more than anyone else.

A bloggers who is intersted in history, religion, current affairs and politics. She blogs at natashasuleman.wordpress.com