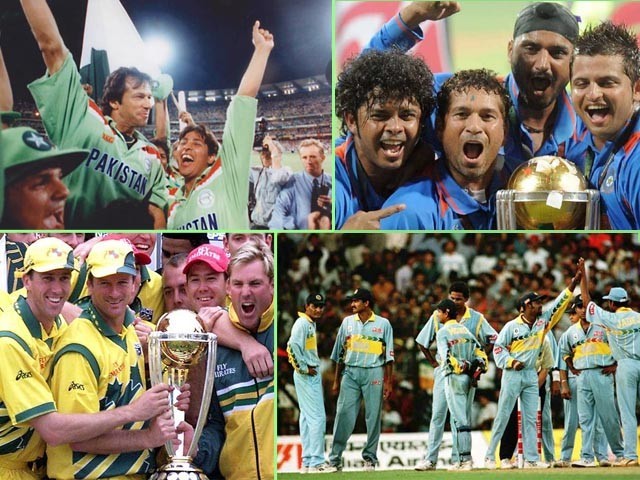 The format of the first four World Cups was identical, then in 1992, for the first time, the cricket World Cup format witnessed a change. PHOTOS: AFP

The cricket World Cup 2015 is underway. Teams are strategising their wins, contemplating their losses and trying to find a way to be in the quarter-finals. Cricket followers around the globe are following this extravaganza match-by-match and it gets even more intense for them after every match ends.

This is a flagship event of the International Cricket Council (ICC) but considering the importance of this tournament, I do not agree with its format. I think in its current state, the qualification of the top eight teams to the next round is a foregone conclusion, well before the tournament event starts.

The format of the first four World Cups was identical to this one, but then in 1992, for the first time, the cricket World Cup format witnessed a change. This was then followed by format changes in 1996 and 1999. The format introduced in 1999 was followed in 2003 but the ICC changed it yet again in 2007 to accommodate two additional teams.

The format of the current World Cup is a replica of the 2011 and 1996 formats. A major drawback of this is that it makes the qualifications of the top teams in the second round inevitable. The teams are more concerned about their probable opponents rather than their qualification to the next round; home teams try to get to the quarter final match in their home ground. I remember the 1996 World Cup, where after losing the group match against South Africa, Pakistan team management was contemplating to throw away their last pool match in order to get to the home quarter-final.

Global tournaments have fixed formats for decades, which remain unchanged irrespective of an addition or deletion of participating teams. I have been following football World Cups for more than two decades now and have never observed any changes in the tournament’s format. Frequent alterations create confusion for followers. The ICC has to come up with a format that keeps spectators deeply engrossed in the tournament from start to finish.

The ICC should devise a system which can be followed for all future tournaments. The cricket governing body should also think about reducing the duration of the tournament, as it is difficult to maintain the public’s interest for more than 40 days. I think the ICC World Cup is the longest global tournament as compared to other global events like the FIFA World Cup or the Olympics, which conclude within a month’s time.

The current pool matches will continue for one month and many of these matches, especially those featuring associate teams, have minimal crowd interest. This lack of interest in associate teams’ matches can be gauged from the fact that few matches will be played at Saxton Oval, a cricket ground located in New Zealand’s city of Nelson, that has a seating capacity of only 5,000 spectators.

From the first to the 12th World Cup, the number of playing nations has increased, with a few of the new entrants still struggling to compete with the top teams. And in the presence of these weak teams, the participation of four associate members takes the thrust out of the large number of pool matches.

The World Cup is a premier cricketing tournament, and I think that only highly qualified nations should take part in it. To encourage associate teams, only two nations should be allowed in the tournament. The participation of four associate members not only lengthens the duration but it also increases the number of one-sided matches.

For future games, the ICC should reduce the number of associate teams and also come up with a format in which pool matches have more relevance regarding the teams’ qualification to next round of the tournament. Future World Cups should be restricted to 12 teams, and tournaments should be played on single league basis. After the completion of round matches, top four teams should qualify for the semi-finals.

This format will make every match important for the participating teams and will also keep the viewers’ interest alive till the last pool match, along with its commercial interest. This format was followed in the 1992 World Cup where the last semi-final spot was decided after the conclusion of the last league match.

In my view, the ICC is hesitant to come up with a format that threatens the first elimination of the Big Three, especially India.