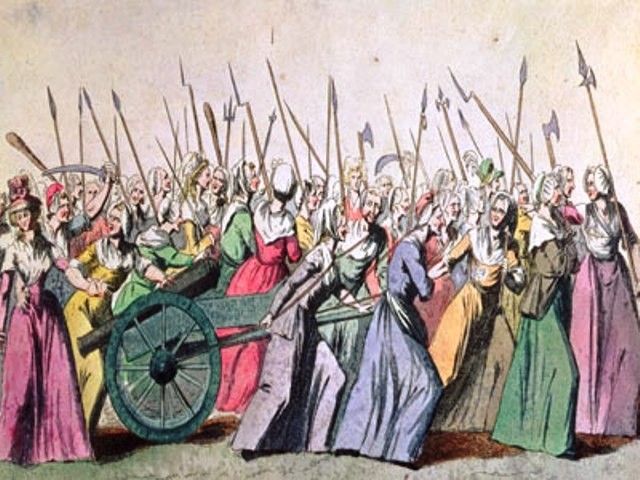 The French Revolution was one of the most pivotal moments in European history, but that moment cannot be compared to modern-day Pakistan.

Bliss was it in that dawn to be alive,

But to be young was very Heaven!

William Wordsworth wrote these lines in “The Prelude,” about his experiences during the French Revolution. I doubt Wordsworth would be singing these verses if he saw modern-day Pakistan.

Pakistan is not France

Nowadays, there seems to be new genre of opinion articles in Pakistan focused on trying to find similarities between pre-revolutionary France and contemporary Pakistan. Indeed, ‘revolution’ is a word that has been constantly used in the Pakistani media during the last month. Ever since the floods, political leaders and media personalities have suddenly stumbled upon this concept and tried to weave it into the political discourse.

The latest reincarnation of the ‘’France-istan’’ theory was in the very pages of this newspaper. We need to inject some realism into the discussion and get our sense of history straight.

The whole argument about drawing parallels with the French Revolution is premised on a myopic understanding of feudal structures and land reform, while ignoring the antecedent conditions in the religious, cultural and intellectual spheres. The French Revolution can be seen as part of the wider Enlightenment project in Europe, which sought to question absolute authority, be it political or religious. This can be traced right back to the Protestant Reformation in Christianity, borne out of Christian humanism.

The Protestant Reformation is seen as the pluralisation and fragmentation of Christian clerical authority. The Protestant ethic and belief that salvation is purely an individual matter and that all believers have a right to interpret religious scripture on their own without a clergy, was a radical shift in the conception of human nature and society. The Pope’s monopolistic authority was challenged.

Reformers such as Zwingli and Luther pointed to the systemic corruption within the church hierarchy and questioned the legitimacy of ‘divine representation’. But, again, this process was gradual. Before the Protestant reformers unleashed a wholesale attack against Catholic structures of authority, there were reformers within the Catholic tradition, like Erasmus, the “prince of Christian humanists,” who tried to bring reform from within. His intellectual project provided the initial support for Protestantism to flourish.

Why Pakistan is different

In contemporary Pakistan, religious authority is not questioned or scrutinized, but strengthened and slavishly followed. That is perhaps one of the most shocking differences between pre-revolutionary France (which gave rise to a distinctly anti-clerical form of secular polity) and contemporary Pakistan. Indeed, the type of robust intellectual and social activity characteristic of the Protestant reformation is absent in Pakistan today.

Religion in Pakistan is still largely defined by the loci of clerical authority. There is an uncritical devotion to preachers of religion; for instance, the new generation of televangelists. An emotional, irrational religiosity, which equates faith with authority and sees any criticism of said authority as blasphemy, cannot evolve to accommodate key ideas of democratic citizenship and progressive political thought. Pakistan suffers from an intellectually bankrupt political discourse.

The Enlightenment was arguably the crucible of modernity and the harbinger of modern ideals of citizenship, governance and reason. Immanuel Kant, the great German philosopher, defined Enlightenment as

Autonomy and individualism, as seen in Kant’s work, are the defining tenets of this intellectual project.

Professor Sorkin’s new book, The Religious Enlightenment, challenges the grand atheistic narratives about the Enlightenment, arguing that there were many religious groups and thinkers who were hopeful of achieving a harmonious unison between faith and reason, while proposing new ideas for political philosophy in relation to church-state relations. The central thesis of the book is that

With the Enlightenment’s advent, religion lost neither its place nor its authority in European society and culture. If we trace modern culture to the Enlightenment, its foundations were decidedly religious.

Arguably, there were two traditions of Enlightenment thought. One still sought engagement with religious teaching, to achieve a type of religiosity free from autocratic authority, independent of state power and focused on individual virtue and moral vocation, such as John Locke’s version. The other was critical and saw faith as incoherent, for instance in the work of David Hume. But by and large, we can see that observance of religion in Europe continued into the 20th century.

The conditions for a revolution

The point is that all these events radically shifted the traditional conceptions of man, rationality, society and authority. These psychological and intellectual currents created the conditions for a revolution against the pre-modern conceptions of absolute monarchy. Indeed, revolutions are against authoritarian regimes, rather than inept regimes. The French Revolution required centuries of religious reformation, new economic forces and certain political ideas revolving around popular sovereignty, egalitarianism and human reason to bring about change.

The French Revolution was the culmination of a great intellectual, cultural and social change. We can also mention industrialisation and the intense economic ramifications it had on the social structures of France. There are indeed social parallels between pre-revolutionary France and modern-day Pakistan, but, as I have illustrated, there are also massive and irrevocable differences, which means that revolution a la the storming of the Bastille will not emerge in Pakistan. There is a lack of a burgeoning and vibrant middle class in Pakistan, whereas in France the middle class was absorbing the intellectual ferment with great fervour and really engaged with some key Enlightenment ideas. Instead, our media and educated folk get down to the very serious business of constructing conspiracy theories.

Revolutions are culminations of great strides in intellectual and social awareness; they are a physical explosion of ideas. Ideas, among other things, is what Pakistan is sorely lacking at the moment. In a country where intellectuals and thinkers are forced to leave, socially intimidated or worse, shot dead, how can there be an opportunity to have a free expression of ideas?

Revolution is a spontaneous event, beyond mere political canvassing; it cannot be staged or “called upon.” What we witness in Pakistan is the cultural, religious and intellectual antithesis of pre-revolutionary France; it is not a stage for revolution, but for devastating anarchy.

But why the incessant attempts to dry and draw comparisons with pre-revolutionary France and contemporary Pakistan? Perhaps it is a means of trying to find coherent meaning in the midst of chaos. Nevertheless, we should put such narratives under the microscope of cold, hard and relentless reason.