Through the eyes of a fanatic: Pakistan, the World Cup enigma 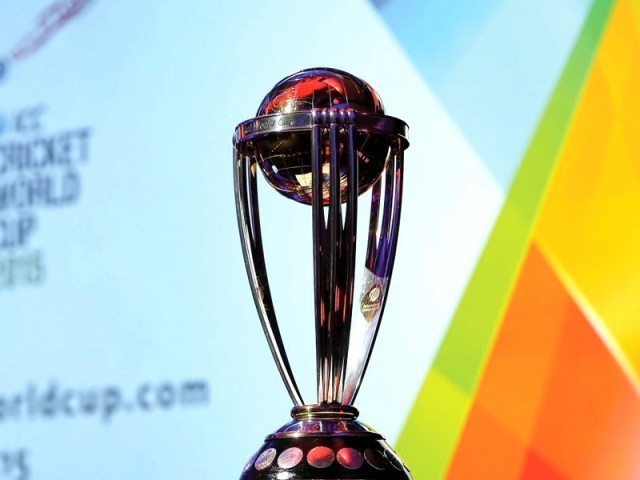 The World Cup, which was last staged in Australia and New Zealand in 1992, will include 49 matches that will be played in 14 venues across the two host nations. PHOTO: ICC

Cricket is a game for the fanatic. You don’t like the sport, you love it. You sacrifice sleep, plead for divine intervention, wield undying beliefs and hold faith that despite needing eight runs of the last ball, a simple wide can make magic happen.

Such is the power of a bat and ball. Such is the nature of the game that despite our efforts to turn predictions into facts and to drown ourselves in a frenzy of statistics, the sport remains as unpredictable as it was in 1992. It has been four years since India won the World Cup, 23 since Australia hosted and Pakistan won and in 2015, numbers will hold little relevance come match day.

The Pakistan cricket team has had a bipolar year. They have shattered batting records in white but have been painfully unsuccessful in colour. Since February 14, 2014, to February 14, 2015, Pakistan will have played four ODI series and lost them all. We have lost two of our most valuable bowling assets, the number one bowler in the world in Saeed Ajmal and the number two all-rounder in Muhammad Hafeez. The Pakistan Cricket Board has played musical chairs as if their life depended on the prize. We found talent in Yasir Shah; we turned on our backs on the deserving Fawad Alam. We tried a million different combinations, desperate for something to click but nothing seemed to work for Misbah’s men who are still in search for their prized playing 11.

There seems to be a general blanket of disappointment surrounding this year’s World Cup campaign. Articles, social media and drawing room conversations show Pakistani cricket fans resigned to their fate of an inevitable loss at the World cup. There is little belief in the squad that was announced, no batting to depend on, and little bowling to gloat about.

But cricket, especially Pakistan cricket, has traditionally paid little attention to star power and past performances. You can throw in strike rates, win percentages and drudge up statistics from years past and yet the resilience of the team will pull off the unthinkable. This isn’t a pipe dream; it’s the Pakistan cricket fan’s reality.

The Pakistan squad for the Cricket World Cup 2015. Photo: Twitter

It doesn’t seem to matter how many series we have won, what our batting averages are or the inexperience of our team, the stakes at the World Cup make it an event unlike any other.

In 2011, the Pakistan cricket team made it to the World Cup semi-final only six months after losing their captain, opener and one of the best pace attacks in the world. People called it a second string team. Only one series had been won that year. The wounds were still fresh, the squad was grappling for relevance in the cricket world and then Shahid Afridi brought his 11 men to Mohali, almost making it to the final. There were no Mohammad Amir, Mohammad Asif and Salman Butt, the team had already been written off and yet on March 30, 2011, there was that familiar blind hope creeping back in again.

Perhaps the 15-man squad announced didn’t have the allure and star powers of squads past, but if names won cups, Pakistan’s 2003 World Cup squad should have brought the glory home. With Waqar Younis as our captain, this was a team that included Saeed Anwar, Wasim Akram, Younis Khan, Mohammad Yousuf, Shoaib Akthar, Saqlain Mushtaq and Abdul Razzaq to name a few. The team only beat Namibia and Netherlands, and was knocked out the first round. Between February 9, 2002 and February 9, 2003, Pakistan had played nine series, won five and drew one. Surely the numbers do not add up.

On February 15, 2015, India and Pakistan face each other on the opening match of their group. Statistically speaking, Pakistan has lost to India each time. Fanatically speaking, all rationality will be forgotten; analysis will hold no significance and a paralysing need for victory will consume all else. There is not a figure in the world that can deter the spectators’ spirit of either team that day; it is slogans, patriotism, colours and love that will overawe the cold hard facts.

The ICC World Cup is the biggest stage in the cricketing world. It is impossible to predict the actions and outcomes of any team, let alone 11 men who have a flair for the dramatic. Perhaps we need to remind ourselves that cricket does not belong in a box with ticking predictors. It is out there, on the field, holding the hearts of an overpopulated nation.

We have our retro vintage jerseys ready and clips of the 1992 World Cup on repeat because despite what your digits might indicate, the enigma of Pakistan can turn up on any given day.