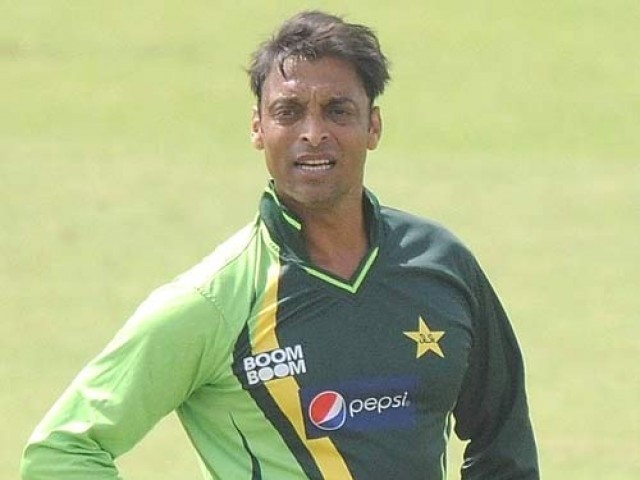 Cricket has certainly evolved over the years, and when you see someone like AB de Villiers hitting bowlers out of the park and teams scoring 300+ runs so easily, you tend to think about how this game has changed its gears and has become more batsmen friendly.

The days of batsmen fearing bowlers have gone. I remember how lanky fast-bowlers from West Indies used to produce terror amongst batsmen in the 80’s. Today, their legacy is almost dead. Only the likes of Dale Steyn and Mitchell Johnson have somewhat preserved the art of the fierce fast-bowling, as it was once known.

But personally, I believe the fearsome fast-bowling vanished after the retirement of Pakistan’s speed-gun, also known as the Rawalpindi Express. Yes, you guessed right; the fast-bowling arena lost its spark after Shoaib Akhtar retired from all formats of the game.

The long yard run-up while bowling his heart out at a regular 150km/hour was the epitome of his career. But his career was not just about fast bowling; he was a cricketer who was always on the news, be it on-field or off-field.

Akhtar entered the cricketing arena dismissing the likes of Sachin Tendulkar and Rahul Dravid off his first two deliveries in an epic spell at the Eden Gardens. Akhtar also recorded the two fastest deliveries in the history of cricket: two 100 mph scorchers against England. The speed demon came to be known as the ‘Rawalpindi Express’ because of his speed and agility. Arguably one of the most controversial players in Pakistani cricket, the spotlight remained fixed on him throughout his entire career, either for the most magnificent highs or for the most deplorable lows.

In a career spanning roughly 14 years, the fact that he played 46 Test matches, 157 ODIs and 15 T20 international matches reveals the lows of his career. Constant fitness concerns, failed dope tests, altercations with other team members, captains, coaches, and even the Pakistan Cricket Board, chronic injuries, and questionable temperament ensured that he excited the team with every comeback of his.

At the same time, his 450 international wickets, his scorching yorkers and bouncers tell the tale of an unforgiving competitor who fought with himself more than with anyone else. Gary Kirsten, Sourav Ganguly, Sanath Jayasuriya, and Matthew Horne are just a few examples, who got a nasty taste of his bouncers and yorkers.

One may choose to remember him for his toe-crushing in-swingers or the fact that he was indeed a fearful individual in the minds of the opposition captain. His commitment to the team did come into question a few times, but his commitment towards his own game allowed people to view him as a brave-heart, making a comeback in the Pakistani team every time, and he did it just before the World Cups as well.

Sadly, his career did not get the great ending he deserved. He started off well in the 2011 World Cup but one bad game against the Kiwis finished it for him. As India knocked out their arch rivals from the competition, this hapless man was just watching from the pavilion – hardly the way for a champion to bid adieu.

Recently, he had lent his voice and opinions as a commentator during the World Cup in Australia and New Zealand and no matter how hard you try, you cannot keep this man out of controversies. He made several scathing attacks on the Pakistan cricket team and the captain, Misbahul Haq, which may have been the result of frustration over losing the first two matches. He went to petty extremes and called Misbah a selfish and cowardly captain.

However, this episode does not overshadow all that he has done for his country. He will always be remembered for his lion-hearted performances and carrying the bowling attack after the departure of heavy weights like Wasim Akram and Waqar Younis.

I wish his career would have seen less patchy times. He can be termed as one of the best bowlers of the world, without a doubt. It has been four years since he retired, but for young and fast-bowlers who want to focus more on pace than line and length, he is still their idol and their mentor – and personally, for someone like me who likes to bowl hard and fast, I adore him.

I wish him all the best and thank him for the great pace and wonderful memories he has given to all his fans.