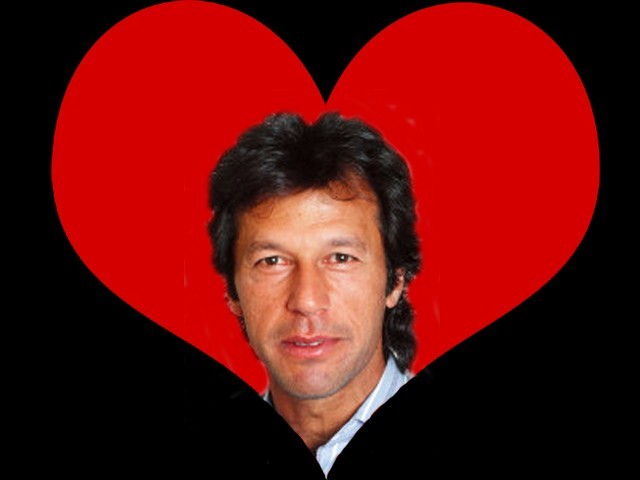 I will not just fall for the illusion of ‘Naya Pakistan’ I will demand to see it.

As a journalist I have always been impartial towards political parties; experience shows that while all of them promise the world, none of them deliver. Lately, however, the dynamic of politics in Pakistan have changed. Ever since Pakistan Tehreek-e-Insaf (PTI) has come into power in Khyber-Pakhtunkhwa (K-P), many women started taking an interest in Pakistani politics.

The women are now seen constituting a majority of the supporters participating in various sit-ins that take place in cities across the country. For many it is the aura that Imran Khan emanates that becomes the primary reason for support, while for others it is the feeling of renewed hope. I admit, there are many times I have remained glued to my TV screen watching the activities of a dharna unfold. They can be very exciting.

While the presence of a large number of women, young and old, at the sit-ins is very encouraging, what perturbed me a little bit was the rather unnatural obsession some mature, even married, women have with Imran; leading me to believe that their support for the party is not purely for the benefit of politics.

What brought me to this conclusion was Imran’s marriage; while the ceremony was still underway, Twitter and Facebook was already populated with jokes, sarcastic comments and advice for those who had ‘lost’ Imran to Reham. While some suggested women take Prozac, others commented on the outfits of the bride and groom. Every minute of the marriage was documented on social media and mostly by women who themselves are happily married.

Yes, he may be a good-looking man and may have a ‘vision’, albeit unclear, the only reason to support him, in my opinion, should be political. If these women were only supporting him for his ‘political cause and vision’ as many have claimed, then pray tell, why was his second marriage the most important event in their lives? I firmly believe that marriage, the first, second or umpteenth, is his personal affair. Imran’s decision to tie the knot has nothing to do with his political career. Yes, speculating how it may affect his political aspirations is understandable, but talking about whether the outfit he was wearing suited him or not really has nothing to do with politics!

I too support Imran to a certain extent. I believe he is an honest man and has good character, but I do not support the mixed statements he makes. I do not support the uncertainty of his ‘Naya Pakistan’. I do not support many things that he has done and I intend to hold him accountable for all those things. Because to me, supporting a politician does not mean I let his idealistic ideas walk all over me. I do not think supporting a politician means agreeing with everything he says, good or bad. I will not just fall for the illusion of ‘Naya Pakistan’ I will demand to see it. I will not swoon at every jalsa, and defend every statement. I will not forget myself, or my country, because the politician I support has charisma.

If these ladies, young and old, educated and respectable, praise him for his every act, then what is the difference between them and the teenage fans who support boy bands? Imran has repeatedly stated,

What is this ‘Tabdeeli’ he talks of and why haven’t we seen it yet? At this point, what we need to do is not fall to his feet in awe, but question him and let him explain things to us.

After his marriage, Imran, accompanied by his wife, went to the Army Public School (APS) in Peshawar; it had not even been 40 days (marking the chelum of those who had been killed) since the attack. I was not surprised that the couple was shooed away. I was not surprised that he was greeted by angry parents. In my eyes, a leader has to sacrifice a lot to gain the support of the general public, and this was the perfect reality check for the leader.

Imran needs to realise that his sweeping statements and abrupt decisions are hollow until they produce results; and I believe it is the duty of his supporters to keep him grounded and demand that these promises be fulfilled. I think it is time that his supporters, men and women alike, get off their high horses and hold their leader accountable. He may have the allure to woo his audience today, but if he keeps making the same mistakes, and we as supporters keep letting him do that, then we will have failed not only ourselves and our country but him too. Blind support isn’t going to get us anywhere.

Why can't we clean our streets and houses ourselves?

I will not quit my job just because I am married