Mortdecai: Only as good as its trailer 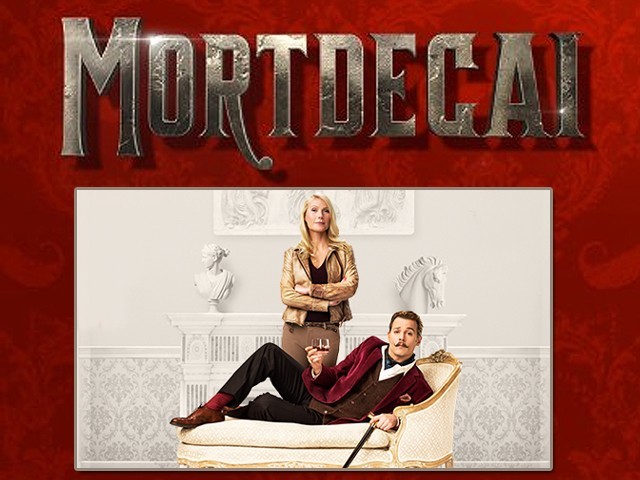 Mortdecai is more like an inspiration from two prominent movies namely Pink Panther and Austin Powers.

Johnny Depp is a fantastic actor and it is always a pleasure to watch his ventures. Even in supporting roles, his performance demands attention and appreciation. While his movies don’t exactly mint money, as would normally be expected, they do guarantee fans. Thanks to its trailer, his upcoming visual treat Mortdecai has already heightened the interest of audiences, and Depp fans, across the globe.

The story revolves around a stolen Goya painting, ‘The Duchess of Wellington’, rumoured to contain a bank vault code that leads to lost Nazi gold. Art dealer and part time rogue, Lord Charlie Mortdecai, played by Depp, is approached by MI5 agent Martland (Ewan McGregor) to solve the case by retrieving the painting. Accompanying Mortdecai on this case is his gorgeous and ‘impossibly leggy wife’, Johanna (Gwyneth Paltrow) and his right-hand man Jock (Paul Bettany). Following clues, Mortdecai travels to Moscow, Hong Kong, Los Angeles and back to London. As the story unfolds, Johanna’s character also becomes more prominent as she tries influence Martland for her own gain.

During the film, what the audience will enjoy the most will be the arguments between Mortdecia and Johanna over his rather… strange moustache.

In terms of performances, all one looks forward to is Depp’s overpowering screen presence. If you are a Depp fan, one who enjoys his humorous takes, then you will love his performance in this film. While Depp did once mention that the character of Charlie Mortdecai is influenced by Terry-Thomas and Peter Sellers, his performance sometimes comes across as a really bad caricature of Charlie Chaplin and David Niven. Although I myself am a fan, I believe it would be really nice to see Depp do something different, differently.

Jeff Goldblum is a treat to watch, but sadly, he hardly has any on-screen presence. McGregor is a decent performer but with jokes like the ones in the movie, even he couldn’t make much out of his character. As for Platrow, she is strictly “okay”.

In terms of production quality and value, Mortdecai could be counted in ventures which fall under “larger than life” movies. But in terms of content, performance and treatment, Mortdecai is not what one would expect from a Depp movie. In my opinion, all the hype was created simply because it starred Johnny Depp, not because of what the movie or its storyline has to offer. If you are an avid Depp fan, he should be your only incentive to watch this movie. Otherwise, it is not one you need to be fired-up about watching in a cinema; sit back on your couch at home, make a bag of popcorn and that’s good enough. Unfortunately, the excitement about this movie starts and ends at the trailer itself.