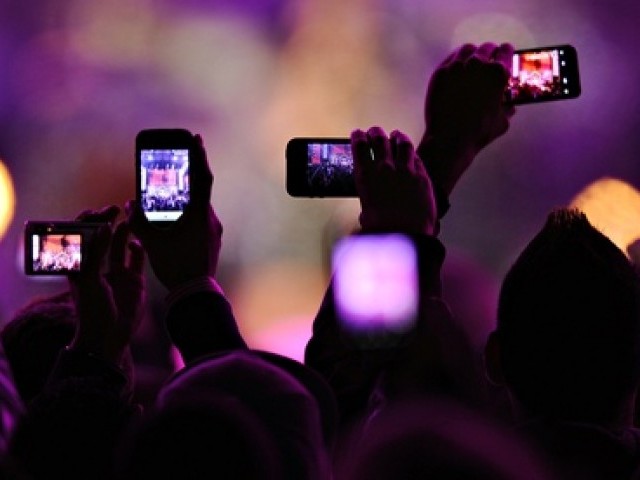 During my holiday in Singapore, I had the chance of seeing the world-renowned show Songs of the Sea at Sentosa Island. In between the show, I noticed a teenager sitting beside me. I turned to him and said,

“You could have watched this on Youtube if you had to watch it through an artificial lens.”

He was a tourist, just like me, except he was recording the entire show on his iPhone from the moment it commenced till the end. He looked at me as if I were a disinhibited moron, talking nonsense to strangers.

With the advent of digital photography, the opportunities to take infinite pictures are just a click away. I wonder if the cost of collecting memories comes at the cost of losing out on the moment right then. In an attempt to capture the precious times on our hard drive, we are failing to imprint them on our minds.

The tenderness of a kiss, the warmth of a hug, the delight of cutting a birthday cake, and the joy of a surprise present, are all spoilt when they’re interrupted time and time again for the most perfect shot, later to be edited and posted on a social forum.

To experience true ecstasy and rapture, we must first indulge in the moment – and if we do that, the memory will be engraved on our minds forever, even if it comes at the cost of missing out on a picture with a perfect pout.

On a lighter note, I wonder if the evil queen in ‘Snow White’ would have needed the mystical mirror in 2015 – a few selfies a day with an iPhone would have sufficed for her.

Before the cell phone pandemic, strangers turned into acquaintances and acquaintances into friends during bus rides and early morning runs. Gradually, with the advent of these electronics, the physical interaction between humans dropped down to a head nod and now it has virtually reduced to an occasional eye contact. Whether I am standing in a queue to catch the bus, sitting in a park or the staff dining room at work, I see people drowned in their phones, with their fingers frantically pacing on the screens. If extreme pre-occupation with a particular object and impaired social interaction with lack of eye contact are cardinal signs of autism, most of us may easily be diagnosed with it then.

Albert Einstein is attributed to have said,

“I fear the day that technology will surpass our human interaction. The world will have a generation of idiots”.

Irrespective of whether this is true or not, I wonder, if by ‘idiots’ Einstein meant people who felt gratified when others called their Photoshopped pictures ‘stunning’, lovers who expressed their feelings through status updates, parents who enjoyed candy crush while their child played with an imaginary friend, people who spent more time taking new pictures rather than cherishing the old ones, those who reached out for their phones first thing in the morning instead of their partner’s hand, the ones who notified hundreds of people of leaving their houses unattended for a holiday, those who responded more promptly to the beep of a WhatsApp message rather than a  knock at their door or those who dined at tables which had the same number of cell phones as dinner plates?

The global village is becoming an increasingly bizarre place. Here, humans tweet and phones buzz, neighbours are far and strangers are nearer, parks are empty and bicycles rusty, computers are used to keep children still, Farmville is ‘played’ far away from the farms and computer screens let the criminals in but keep the family out.

It is about time we let go of our iPhones and iPads for a while and played a bit of ‘Wii’. ‘Charge’ relationships and ‘connect’ with those who truly matter. Let the emotions soak in and forget the ‘click’ in order to remember the moment. Let the children play tag and hopscotch, for streets are still safer than the screens.

Pull out those ear phones and hear the birds tweet, bees buzz and humans talk.