What’s so special about Blake Lively? 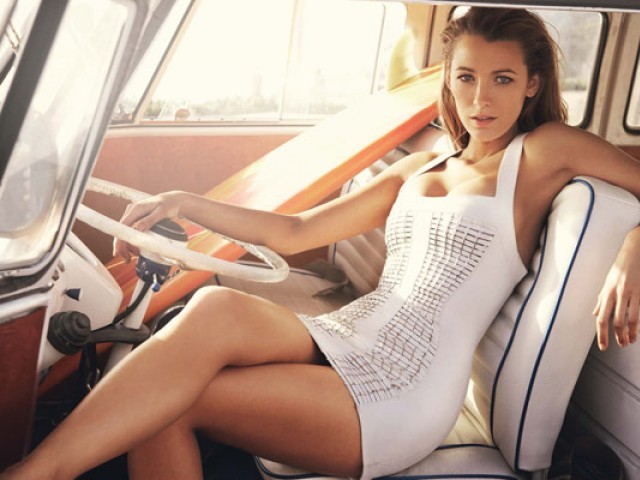 I was flipping through an issue of Vogue-I think it was the September issue-while getting my hair done, when I came across an editorial on Blake Lively in Paris.

Her trip consisted of a private tour of Coco’s apartment, macaroons which were even better than those from Hermé or Ladurée (I have to look up the names of these caterers), Vespa rides with Louboutin, dinners at the Ritz with Lagerfeld and Galliano.

And as if that wasn’t enough, she was shown a sneak preview of a pair of red-soled heels, by Louboutin himself, which she gushed over, resulting in him carving a big B.L.A.K.E. on the sole and naming the shoe after her!

Of course I wanted to live her life, but beyond that it got me thinking…could she be the “it” woman of our times? An icon? The next Audrey Hepburn, Marilyn Monroe or Jane Birkin? Probably not.

Gossip Girl could help her reach many heights, but perhaps nothing icon-worthy. At least not yet.

And then I started imagining how awesome it would be to be an icon. An icon is never forgotten. How convenient is that?

Hermes would name bags after you and people would sing songs with references to you!

A interrupted my thoughts by asking me what shade of nail polish I thought she should use (she obviously didn’t take my suggestion), and soon my hair was done.

As I was taking money out of my wallet, someone commented on my hair. It was a small compliment and the person may have just said it out of formality, but it made me happy and in that moment I forgot about how fabulous it would be to have Louboutin, Galliano, and Lagerfeld as my buddies. I felt quite iconic, anyway. And it’s not just me. I’ve noticed how A’s face lights up when someone tells her she’s lost weight or Q’s cheesy grin when someone tells him he’ll make a good politician, or how excited S gets when anyone comments on her intellect.

I remember the time when M visited the Met. She had just entered when the security guard called out to her and told her that YSL’s collection was displayed on the other side. He was just being helpful and in the process he’d rightly assumed she was there for the Yves exhibit. M concluded that it had to do with how fashionable she looked. This may have been no big deal for anyone else, but it became the highlight of her New York trip.

So be nice, because while it may be true that most of us will not end up becoming legendary icons, it doesn’t hurt to feel like one for a couple of hours. And one day, perhaps “when the power of love overcomes the love of power, the world will know peace.” (Jimi Hendrix).

A graduate in International Development and Political Science who went on to study Urban Development Planning. She is also interested in creative writing and fashion.

Fashion could save Pakistan!

The Burberry that stole my heart