What separates Charlie Hebdo from The New York Times? 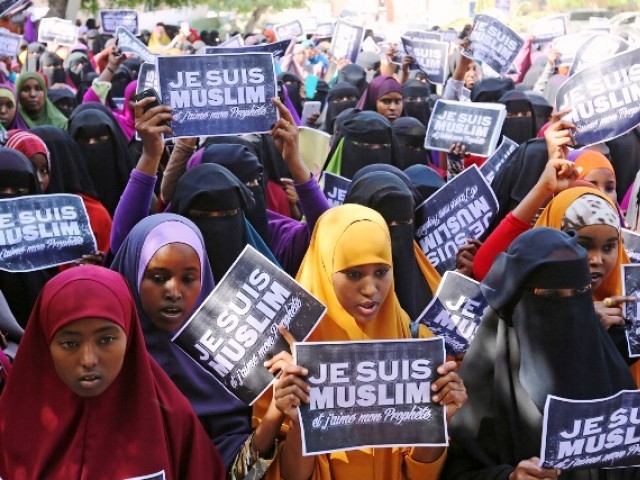 Let’s say you had a new neighbour. You knock on their door and say,

“Hey there, welcome to the neighbourhood. I live next door. Oh, and by the way, you look like a pig. And is that your mother behind you? She looks like a fat old donkey. Dinner at my place tonight?”

You certainly have the right to say all that. But should you? And what purpose will it serve? And though I would not punch you if you ever said those things to me, I would do one thing other than simply closing the door behind me – I would use my free speech to urge you to elevate your own.

After the horrendous Paris attacks, the issue of free speech has made it back to mainstream discourse. Charlie Hebdo, the magazine that published offensive cartoons of Prophet Muhammad (pbuh), is being hailed as a free speech icon. Since then, many media outlets have shared the magazine’s cover in apparent support of free expression. Numerous others, including leading American papers like The New York Times, have refused to do so. The executive editor, Dean Baquet, explained,

“We do not normally publish images or other material deliberately intended to offend religious sensibilities.”

All this while, free speech enthusiasts are on a wild spree, demonising anyone who is using their own free speech right to disagree with the content of the magazine, no matter how loud their condemnation of the atrocious violence.

Is Charlie Hebdo’s staff worthy of our sympathy?

There are no “ifs” and “buts” and no justifications for the killings whatsoever.

But is Charlie Hebdo also a free speech icon?

As humans, the greater goal we must strive for is to promote peaceful coexistence. This is our collective social responsibility. For example, there are no laws against mocking and insulting Jews and Blacks in America, but society takes it on itself to condemn the abuse of free speech when it comes to such bigotry.

When famous football player Riley Cooper used the offensive “N” word, he was called out for being racist. His own team penalised him for the profanity, forcing him to publicly apologise. Anti-Semitism, sexism, homophobia and other forms of bigotry are held socially accountable in the same way. When former professional player and owner of a famous soccer club, Dave Whelan, suggested that Jews, “chase money more than everybody else”, he had to publicly apologise for his seemingly anti-Semitic remarks. There are numerous examples of the sort.

No legal battles were needed in most of these cases. Society played its rightful role in ensuring that bigoted speech not be promoted in guise of free speech. The media also stood up to protect free speech from being defiled.

However, not everyone agrees with this socio-centric free speech model. France, for example, endorses legal restrictions on free speech. Ironically, it is one of over a dozen European countries that have criminalised denying the Holocaust. In fact, just days after the Charlie Hebdo tragedy, French authorities arrested a comedian, Dieudonne, over a Facebook post that was considered apologetic of the Charlie Hebdo attackers. A day later, the German daily Berliner Zeitung had to apologise for mistakenly printing a cartoon that offended the Jewish community. Instead, the cartoon was meant to offend the Muslims.  America also has laws forbidding certain forms of hate speech.

News broadcaster Jim Clancy, who worked for CNN for 34 years, ‘quit’ his job after after a Twitter spat with pro-Israel social media users when he suggested that the attack on Charlie Hebdo was provoked by what he perceived to be the magazine’s pro-Israel stance.

And brace yourselves for this mother of all double standards.

Charlie Hebdo, the “free speech icon”, fired a prominent cartoonist for his anti-Semitic satire in 2009. Maurice Sinet, the accused French cartoonist had to stand trial.

The free speech brigade repeatedly tells me that Islam is not above criticism. Of course it is not. No idea is, not even the idea behind Charlie Hebdo. That said, pointless lampoonery is no criticism. Defining criticism by nude grisly images of a man sacred to a quarter of the world, and not a critique of his ideas, points to the intellectual, moral and ethical bankruptcy of such “critics”.

Their equating the ‘right to free speech’ to a passionate ‘duty to offend’ is in fact the real insult to our speech. We must question our obsession with such unnecessary provocation and bigotry. We must lay greater emphasis on mutual respect, while imploring society to higher moral, ethical and intellectual standards of speech.

This is why the Holy Quran explicitly forbids Muslims from deliberately ridiculing and insulting others. Islam prohibits the worship of idols in strict terms, for instance, but still admonishes believers to not abuse them at any cost. It is definitely my free speech right to do so, but what purpose will such ridicule serve? Respectful difference of opinion, and not an obsessive-compulsive need to offend, is key to a harmonious pluralistic existence. And this is what separates Charlie Hebdo from The New York Times.

So, if you truly stand for absolute freedom of speech, then stand up for the comedian Dieudonne. Stand up for Cooper and Whelan and all those accused of racist and bigoted speech, and forced to publicly apologise for it. Say the same things that they said. Demonise anyone who does not agree with their right to free expression. Call for the repeal of “blasphemy laws” across many European countries pertaining to the Holocaust. Call out Charlie Hebdo on not standing for free expression in the case of Sinet. For if you deem Islamophobia permissible, but not anti-Semitism, racism, sexism and other forms of bigotry, you don’t champion free speech, you promote a double standard instead.

If you can’t offend Jews and Blacks for fear of social or legal backlash, then know that your speech, by your own definition, is not free. Mine is, because my definition of free speech does not include bigotry. It is refined and evolved. It stands on a higher level.

For me, Charlie Hebdo is no free speech hero. As much as I sympathise with its staff, I consider it a free speech offender. Even the founder of the magazine agrees the provocative cartoons were irresponsible, and “overdoing it”. But while this offense does not deserve even a punch, it deserves one thing other than simply looking away – using our free speech to urge it to elevate its own.

Free speech is sacred. We must protect it, not abuse it.