Pakistani Twitterati took on the #PetrolShortage and here is what happened 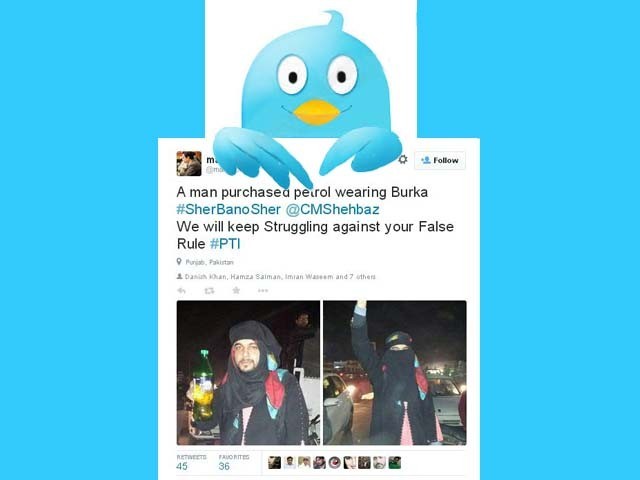 This time around, Pakistanis are standing in mammoth queues just to secure a drop of petrol. PHOTO: Twitter (@mansoorLAK)

Already frustrated by crippling electricity and gas shortages, Pakistanis now have another crisis on their hands. This time around, Pakistanis are standing in mammoth queues just to secure a drop of petrol.

The ‘petrol crisis’, as it is being referred, brought to light some interesting and entertaining observations on the country’s favourite government-bashing platform: Twitter.

Three hashtags are currently being used to respond to the petrol shortage in the country; #PMLNpetrolchor was the top trend, with it being used over 19,500 times in the past 24 hours and #PetrolShortage and #SherBanoSher were each tweeted nearly 6,000 times since yesterday.

We look at how people reacted:

#PMLNPetrolChor PSO warned government about coming Petrol Shortage but instead of solving the issue NS preferred his visit to KSA.

What will be the cost of economic losses caused by countrywide paralysis? #PetrolShortage

Wat is more devastating dan family not being able to attend funeral of their husband/father in another city? #PetrolShortage #PMLNPetrolChor

#PetrolShortage is a conspiracy against govt, says Ishaq Dar … conspiracy by whom? Narendra Modi?

Not everything is a conspiracy against the govt! Please come up with a better excuse than that #ishaqdar

#ishaqDar if Your #Govt is so weak that any one can do conspiracy against you, meaning you have no rights to govern. @DrBabarAwan.

Finally i've decided to buy this one

#PMLNPetrolChor Future Prediction till 2021.. So you can imagine our Roshan Pakistan in 2025..Fasten your seatbelts pic.twitter.com/EaEosgdGNG

At least there are no dharnas against the petrol crisis. Not yet anyway.

A Philosophy and Economics graduate from the London School of Economics and is currently working at the Web Desk at the Express Tribune. She tweets @AnaamAfridi (twitter.com/AnaamAfridi)