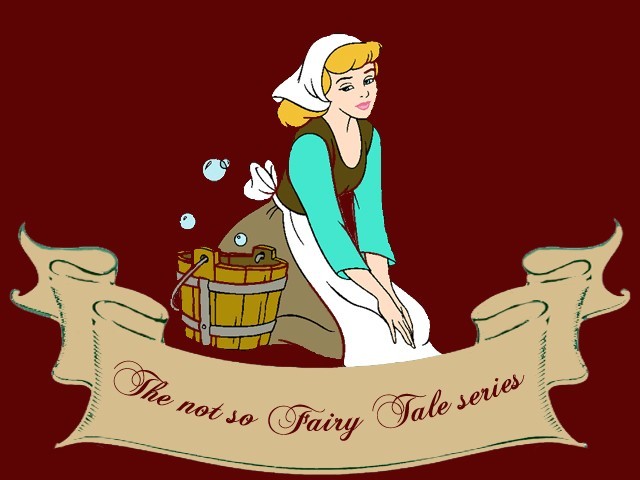 There are over a thousand versions of Cinderella, hailing from all regions and cultures.

“It is in fact a part of the function of education to help us escape, not from our own time, for we are bound by that, but from the intellectual and emotional limitations of our time.” – T S Elliot

She is mean, she is nasty, and she is a step-mother. The little boy looked at her and thought,

“What did I ever do to deserve this? She has taken my father and finds joy in mistreating me, but one day it will all be happy.”

The little boy had nothing to eat; he would go without eating real food for days. He would go to the neighbour’s houses, and Apa and Masi would take pity on him and invite him to share their food.

He was just a little boy and his room was on the fifth floor of the house; every night, he would muster the courage to climb the dark staircase to go to his room, every night the demons would haunt him, every night he would cover his head with a tattered blanket. Yes, that was his fortress. That was his survival instinct.

Some 200 miles away, a little girl was being mistreated too. Her step-father was an abuser, a beater, a monster. But the little girl’s spirit was resilient, she knew there was a path out of her misery, as unspecific as that path may be in that moment, she understood that it would come to her, there had to be a way to a better life.

The little boy and girl suffered their plight and then some 12 years later, when they were both mature, they read an ad in a newspaper, inviting them to enrol in a school for higher education. Both young adults borrowed money from people and sat for the entrance exam. Both passed, both got acceptance letters – the boy got an MBA degree and the girl got an MBBS degree. Both pursued a bright career, both left their wretched step-parents behind, both were rescued by their prince charming, namely education.

The story of the little boy and little girl is based on fact, and similar to them I know of three other individuals who suffered the same plight of a wicked step-mother, but kept suffering in adulthood and marriage. Why? The difference was education. A friend of mine lost her mother to schizophrenia, her father decided to remarry when she was just eight-years-old. She later married an older man and suffered at his hands until she decided to go back to school and get a degree. She then loved and lived happily ever after.

What I allude to here is that one can only rescue themselves, yes others can help and guide and nurture, but the knight in shining armour has to be the self. We must, as parents and nurturers, insist to our children the value of self-reliance and its power to rescue the battered self in any given situation. Education is a great equaliser, and unlike money, it cannot be taken away. Little girls and boys must be told the story of Cinderella, but they must also be told what Prince Charming represents. Prince Charming is their willingness to learn and enlighten, hence extricating themselves from depravity.

Cultural analyst, Jack Zipes refers to the modern version of Cinderella suggesting that,

“It has replaced the strong-willed, confident and determined female (or male) protagonist featured in so many of the older versions of the tale, many of whom undergo a journey of self-discovery as the tale concludes. The modern day versions have changed the fundamental purpose of the tale itself. And while the narrative elements of the tale remain intact, the metaphorical and allegorical elements have shifted dramatically. The tale of Cinderella is no longer an allegorical anecdote in which children are encouraged to read moral and ethical lessons into the tale.”

Socially, the most important aspect of a fairy tale sits in its ability to shed much needed light on its unexplored aspects. Ironically, the 20th and 21st century editions of Cinderella are more conservative than ever before.

Terri Windling in her essay ‘Cinderella: Ashes, Blood, and the Slipper of Glass’ remarks,

“The modern day tale appears to reduce our dreams to simplistic formulas that empower no one. The prince (society) walks past Cinderella and is unable to recognise her without her splendour and it is only once she is restored to her ballroom beauty that prince charming (society) pays attention to her.”

Let me clarify that the suggestion here is not that grooming and looking presentable is not important, but that there are other things – education, integrity – that are more important and must take precedence over the superficial. Hence, the ideal that propagates young girls and boys to focus of superficiality rather than principles of integrity and education must be debated and challenged. The notion that only a prince or princess (a glamorous spouse) can save you from a hopeless situation is entirely wrong, instead, the metaphorical prince is education, an almost certain path to success and betterment.

An article published in Sur La Lune, a history of fairy tales states,

“The tale centres a persecuted heroine who suffers at the hands of her family after the death of her mother, her father is either absent or neglectful.”

The heroine has a guardian – in the two cases mentioned above, it could be the kind neighbours, the people they borrowed money from to take the entrance exam, their own will and resilience, their luck – who helps her triumph over the step-mother to achieve a wealthy marriage (education).

Inarguably, the most familiar Cinderella tale is the one published by Charles Perrault in his Histoires ou contes du temps passé in 1697. But my research led me to understand that there are over a thousand versions of Cinderella, hailing from all regions and cultures, and the oldest recorded one dating back to thousands of years ago.

“Some of the best candidates for earliest Cinderella include Egypt’s Rhodopis, Greece’s Aspasia, and the Jewish Asenath. Rhodopis is an Egyptian tale and is popularly labelled the earliest or first Cinderella story. The tale was first recorded by the Greek historian Strabo in the first century and is based upon a real person written about by Herodotus, 500 years before Strabo. The story of Yeh-Shen is the oldest known Cinderella tale recorded in China. The Lay of the Ash Tree by Maria de France from the 12th century has been compared to Cinderella and bridges the ancient tales and the latter ones surfacing during the European Renaissance.”

Cinderella in its world appeal has lost its most important aspect, the confidence and strength that emancipates the underdog. The original folklore version speaks of an independent girl (boy) who is rewarded for practicing self-reliance (education, innovation, strength), instead of the one who needs constant rescuing.

Hence we look around us and wonder how to help the underdog, how to help the underprivileged child, or a child with a cruel step-mother? Be the fairy godmother and educate him or her, be the prince charming offering a real degree in the garb of a beautiful glass slipper and let the magic begin.