#OscarSoWhite: The dark truth of a white Academy 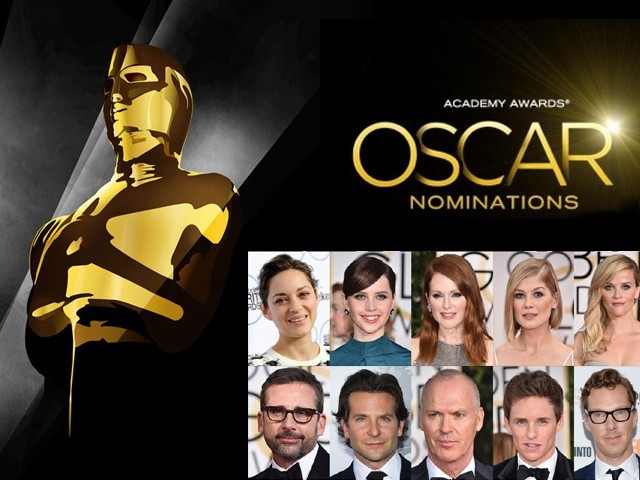 As the lucky nominees for the 2015 Oscars were revealed yesterday, there was a huge uproar on social media regarding the nomination list.

Many in Hollywood and on social media were deeply offended by the lack of racial diversity present in this year’s Oscar nominees. This is the first time since 1998 that no person of colour, Hispanic or Asian, was nominated for the Academy Awards in the acting categories. This comes across as a surprise considering both the country’s president and the president of the Academy of Motion Picture, Arts and Sciences are African-American.

While it is important to note that, in the past two decades, a large number of African-American, Hispanic and Asian actors and directors have been recognised by the Academy, the blatant subtraction of colour this year is just not acceptable. Director Steve McQueen’s masterpiece 12 Years A Slave won best picture last year; Alfonso Cuaron, a Mexican film director, won an award for his production Gravity; director Ang Lee, from Taiwan, has won twice for Brokeback Mountain and Life of Pi. Many African-American actors and actresses with the likes of Lupita Nyong’o, Sidney Poitier, Denzel Washington, Morgan Freeman, Cuba Gooding Jr, Hattie McDaniel, Halle Berry, Forest Whitaker, Whoopi Goldberg and Jamie Foxx have also all won Academy awards previously. But when the nominees for the 2015 Oscars, were revealed yesterday, there was a huge outcry on social media.

The uproar, however, was not only because all the actors and actresses nominated in the Best Actor/Actress category and Best Supporting Actor/Actress categories were white, it was also the fact that many new talents were completely ignored – snubbed – by the academy. So it was not like there were people who did not ‘deserve’ the nomination. People like author Gillian Flynn, whose novel was adapted for the motion picture “Gone Girl” and director of the film “Selma”, Ava DuVernay who, only a few weeks ago, became the first African-American woman to ever be nominated at the Golden Globe Awards, were side-lined. Although Selma has been nominated for ‘Best Picture’ and ‘Original Song’, the author, herself, did not make the cut. David Oyelowo, who gives a powerful performance as Martin Luther King Jr in Selma, was also overlooked even though his performance has been the talk of the town since the movie’s release.

Soon after the nominees were revealed, the hashtag #OscarSoWhite and #OscarNorms started trending on Twitter with people calling it ‘typical of the Academy’ to indulge in this ‘lack of diversity’.

#OscarsSoWhite, even white people are offended.

#OscarsSoWhite: Despite #Selma's success, not a single black actor is nominated http://t.co/7EfYZmq9Gp pic.twitter.com/Uxc4R1UOY1

It's a sad fact that if you don't DEMAND #diversity, there won't be any. These #OscarsSoWhite tweets are eye-opening on many levels.

#OscarsSoWhite the only time a Black person is nominated, let alone wins, is if they're in a role as a slave or the help.

Academy is like, "Nah. We did the whole diversity thing last year." Wow. #OscarNoms

Zero ethnic diversity in any #OscarNoms for acting this year… Not one non-white face. Come on Hollywood.

#OscarNoms what a great day to be a white man! No, hang on – that's everyday, isn't it?

#OscarNoms No female directors, screenwriters, or cinematographers. No actors of color. #diversity

Reverend Al Sharpton, president of the National Action Network, was quite vocal about his disapproval with regards to the lack of diversity shown by the Academy this year when he furiously exclaimed, at an emergency meeting to address the ‘appalling’ all-White Oscar nominees,

“The lack of diversity in today’s Oscar nominations is appalling and while it is good that Selma was nominated for ‘Best Picture’, it’s ironic that they nominated a story about the racial shutout around voting while there is a racial shutout around the Oscar nominations. With all of the talent in Selma and other black movies this year, it is hard to believe that we have less diversity in the nominations today than in recent history.”

On a separate note, President Obama hosted a special screening yesterday, of the film Selma, about Martin Luther King and the Alabama civil rights march of 1965. This was done a day after critics snubbed the film from the nomination list. As per reports, the screening had been scheduled for a while to commemorate Martin Luther King Jr weekend.

While it is understandable that certain films do not make the cut, it is hard to believe that there was NO film that met the Academy’s rather stringent standards. The Academy has already been criticised for being old, white and male dominant. As per statistics, the voting members of the Academy, who select the nominated artists, are 94% white, 77% male and have a median age of 62. The result: 93% of all nominees are White. It may be a stretch to say this is all just a coincidence and we may be making a mountain out of a molehill, the sad reality is lack of diversity does exist – and it exists at the grass-root level where the struggle first begins. Unless bigger organisations like the Academy do not play their part in recognising the deficit, no matter how good or talented one is, there will never truly be equality in this world.