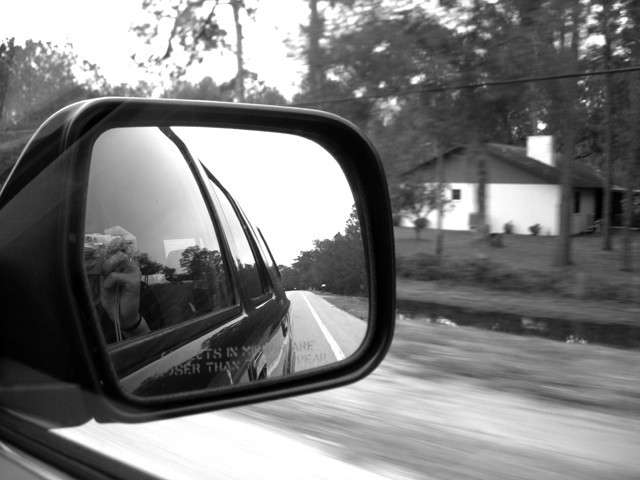 The Prado sped ahead and swerved sharply in front of him.

My friend’s brother, Saad, was driving back home from work on Shahrae Faisal when a car behind him honked frantically to get ahead.  Even though Saad was in the fast lane, he was apparently not fast enough for the Prado on his tail.

He took a little time to slow down and moved into the next lane to give the impatient driver some room.

Instead of just driving by, or perhaps offering a subtle note of gratitude, which we rarely witness on the road, the Prado sped ahead and swerved sharply in front of him.

Four boys, maybe in their late teens or early twenties, got out of the tinted black Prado, accompanied by two armed guards. They forced Saad out of the car and one can only imagine what ensued – Saad was hospitalised for three weeks.

Here, all logic and reason becomes irrelevant and somewhat useless. Logic asks why and how. Why did these four thugs beat up an innocent man and how did they get away with it? However, I am left with nothing but the sound of silence.

How was Saad at fault? Or my aunt, who was recently driving her children, her nephew and nieces back home from a mehndi? Yes, it was late. But did that give another fortress of a car the right to follow her around and harass her and the children for 30 minutes, if not more?

What’s sad is that the perpetrators of such hooliganism are meant to be the so-called educated lot in our society. These boys probably study in elite private schools or perhaps in universities abroad.

Since when did having guards and a luxury car give one the licence to do whatever they pleased? Obviously, they have the guards and the car because they have a politically influential relative. But when will such people realise that such things do not justify a sense of entitlement?

Until then we – the people who have not fallen victim to this savagery – stand as helpless as Saad and my aunt. We can’t even join ‘em to beat ‘em.