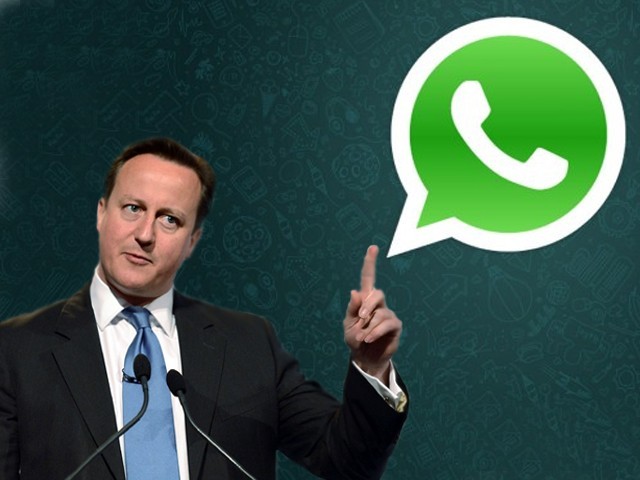 David Cameron recently pledged to potentially block encrypted online messaging platforms such as Whatsapp and iMessage. He claimed that the British government should not have to tolerate companies that encrypt their users’ data to the extent that even the national security agencies could not access user communications.

While this proposed idea by Cameron might seem radical at first, it is more of a tactical ploy out of frustration in an effort to gain bargaining power over the companies. And this is not exclusive to England alone.

Commercial entities such as Whatsapp currently take information from consumers without knowledge or meaningful voluntary consent. These companies often use the “implied consent” doctrine to justify storing consumer communication, insisting that the circumstances prevailing in their given situations would negate the idea of voluntary consent for practical reasons. Courts around the world have, surprisingly, not yet scrutinised or penalised companies for storing such data without any meaningful regulation.

The surveillance and storing of online communications by private companies has done something no intelligence or security agency has had the capacity to do – store massive amount of information at little cost, all the while evading legal scrutiny using the “implied consent” doctrine as a legal shield.

This is where the State becomes envious and asks for its piece of the pie. This table tennis match right now in England is similar to what other sovereign nations have been through. India was poised to ban BlackBerry in 2011 after Blackberry refused to share its encryption keys with Indian security agencies. Two years later, Blackberry caved in and gave India access to data communication exchanged between their users.

Therefore, Cameron, in making such drastic proposals, is only mobilising his bargaining power over these online messaging companies.

An ideal scenario for the British government would be like India’s relationship with Blackberry where they would have unrestrained power to access data at little to no cost due to the data being encrypted and stored by the companies and not by the government.

This would, however, set a dangerous precedent for unconstitutional actions by the State at the cost of abusing its citizens’ rights. The government could potentially shield itself from heightened judicial scrutiny by claiming that they access these communications indirectly via a third party, who get their data via “implied consent” from the consumers. In effect, the State accesses the data without giving the person (the consumer) the opportunity to define his or her own expectation of privacy. This would give law enforcement agencies access to information without warrants.

By that same line, the amount of data accessible to these security agencies will also become very difficult to monitor. In the United States for example, the FBI and the Department of Homeland Security have often withheld disclosure of surveillance techniques on companies and information obtained from such methods out of ‘fear’ that it would in some way aid terrorists in intercepting their practices. In reality though, these surveillance techniques are only withheld from the public and the courts because they would act as incriminating evidence for breach of privacy against the agencies.

The most alarming concern, however, would be of potential exploitation. A drastic example was seen in India, where cell-phone interception technology was used by security services to intercept audio recordings and written transcripts of politicians without any legal authorisation from a judge. Those communications were then used to blackmail the politicians and whoever the agencies cherry-picked for their own purposes. There is also no guarantee that the State, with access to such vast online communications, will not blackmail potential anti-state elements such as journalists, businessmen and other citizens without judicial warrant or due process.

Cameron’s recent statements have clearly shown his strong preference for a surveillance state. In nations like the US, India and China, the judiciary has done little to afford citizens protection from the State’s surveillance agencies and their tactics to gain access to online messaging services. However, interestingly, Cameron’s main obstacle will be the messaging companies themselves.

Today, all major online companies like Google, Microsoft and Yahoo are standing firm against sovereign states. In fact, Google recently took on Chinese censorship by encrypting all searches within the country, effectively limiting China’s ability to monitor their users’ internet activity. Such a move is unprecedented. In India, despite facing threats of ban, Google and Yahoo have resisted, opting instead for mutual cooperation while refusing to share their encryption codes and hence communications between consumers.

Similarly, in the US, leaked documents by Edward Snowden in 2013 revealed that Microsoft, Google and Facebook were all subject to secret NSA surveillance projects. In response, these companies have strengthened their resolve against the NSA today and have invested in new encryption technology to complicate surveillance efforts.

It is likely that Cameron’s threat will not intimidate the online messaging companies into conceding their encryption keys. Having said that, it is interesting to not just how eager State institutions, like the executive and the judiciary, are in letting their respective security agencies abuse the law without facing any real repercussions.

The Supreme Court is the 'apex' court not the 'only' court!