Ballon d’Or 2014, Cristiano Ronaldo and becoming the Alpha-male of football 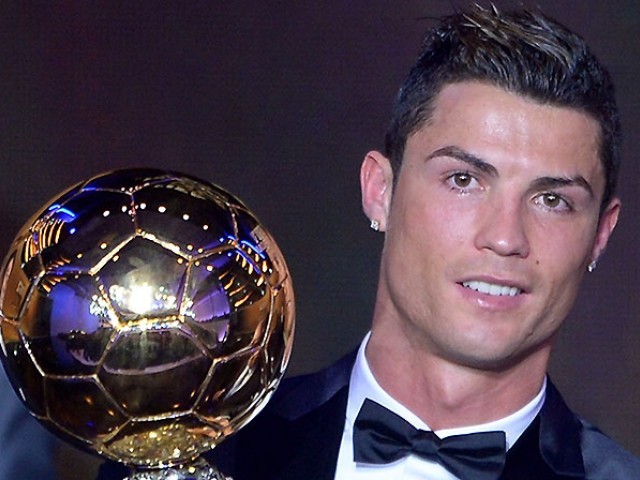 For the second time in a row and third overall, Portugal and Real Madrid’s Cristiano Ronaldo has been crowned as the best player in the world, beating the likes of Barcelona’s Lionel Messi and Bayern Munich’s Manuel Neuer at the glitzy gala in Zurich, Switzerland.

The result comes as little surprise as the Portuguese has had a remarkable year, winning three trophies for his club – UEFA Champions League, Copa del Rey, UEFA Super Cup – and netting an astounding 54 goals in 60 appearances for club and country during the voting period (November 30, 2013 to November 21, 2014).

On the other hand, Messi has not lived up to his own astronomical standards as Barcelona failed to win any trophy and the Argentine having to wear the consolatory second-place medal in the World Cup. Although he did win the Golden Ball for his achievements in Brazil, the feat was not enough to put him in any real contention for the biggest award on the planet.

Even though Neuer lifted gold in Brazil for his country, his heroics would never have been enough to win the award keeping in mind that the last keeper to lift the prize was Russia’s Lev Yashin back in 1963 and also the competition he had was from the best duo in the beautiful game’s history.

Thus it was Ronaldo’s year through and through.

The Portuguese netted a record 17 goals in the Champions League to break Messi’s previous tally of 14 and guided Los Blancos to La Decima, which included the goal from a penalty in the 4-1 win over Atletico Madrid in the UEFA Champions League final.

In addition to that, Ronaldo was awarded the LFP trophies for best goal, best forward and best player at the end of the 2013-14 season – a feat never before achieved by any player.

The sheer persistence and the determination shown by the winger certainly wins him this accolade as the Madeira-born had to endure serious injuries in the closing stages of last season, which saw him miss the Copa del Rey final against Barcelona in addition to the four games since his departure from the Borussia Dortmund clash in the Champions League.

Adding to his misery, his team’s dismal performance in the World Cup saw them exit the group stages on goal difference.

However, he battled through and came back even strongly to silence his critics and ensure that his name is embedded for the second time running on the world’s most prestigious football award.

The winger broke the age-old record of most hat-tricks (23) in the La Liga, previously held jointly by the legendary Telmo Zarra and Alfredo Di Stefano and also struck 17 times during the opening 10 rounds of the current La Liga season to set a new record in the Primera division.

He also captained Real Madrid to victory at the Club World Cup and his goal against Eibar on November 22, 2014 saw him become the first player to score against every single side he has faced in the La Liga.

Statistics and records are quite inspiring but are not the only criterion to be called the world’s best and even though Ronaldo has by far excelled in the world of football, he certainly has achieved even more.

Many had thought that with the Portuguese nearing the declining stages of his career, he would always be second-best to the four-time World Player of the Year, Messi. Ronaldo however, proved otherwise and set the stage for an even more interesting debate – has Ronaldo evolved into a more complete footballer both on and off the field?

Real Madrid’s Cristiano Ronaldo attempts an acrobatic shot on goal during their Champions League final soccer match against Atletico Madrid at the Luz Stadium in Lisbon May 24, 2014. Photo: Reuters

Critics always drew stark contrasts with the humble Messi to the poseur Ronaldo, brandishing the money and the might of Real Madrid. Ronaldo was always looked at as a man who had been gifted the power, with the whole team performing blue-collar roles to allow the Portuguese to shine; however, his will and persistence has changed the scenario entirely.

The winger has not only demanded to be recognised as the world’s best – especially ahead of the crowd favourite Messi – he has also has laid the foundations for a spectacular season which would require a lot more from Messi and others to overcome.

Regardless of whatever the future beholds, the tale of Ronaldo has certainly not entered its dying phases but has embarked upon a new journey of greater challenges and unprecedented heights. It would be quite interesting to see the battle for the greatest player of all-time unfold as the ‘Argentinean genius’ and the ‘goal-scoring machine’ look to add more trophies to their names.