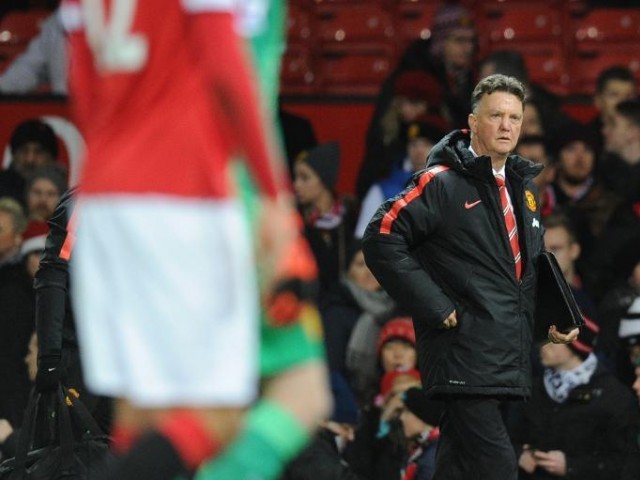 New year – same old story. Manchester United may have improved their league position under Louis Van Gaal in 2015 but the performance in the defeat to Southampton was eerily similar to the ones put up during the early part of last year in the ill-fated era of David Moyes.

While United fans have warmly embraced Van Gaal as a significant upgrade on the inept Moyes, the former’s persistence with the 3-5-2 formation is testing their patience. Tellingly, his opposite number, Ronald Koeman, said in his post-match interview that harassing United’s three centre-backs was part of his game-plan.

English football has rarely adapted successfully to a three-man centre-back system. Steve McClaren’s experiment with it saw the national team fail to qualify for Euro Cup 2008 while Roberto Mancini tried it unsuccessfully too in his last season as Manchester City manager. It is a big risk, expecting players in a country with a tradition steeped in the flat back four to make such a seismic change. Heck, even Italian football – with its image of being masterful in the art of defence – has struggled with it lately after Walter Mazzarri’s failed attempt at the system saw him lose his job with Inter Milan in November.

Van Gaal’s toying with the idea of 3-5-2 began shortly before last year’s World Cup when Kevin Strootman’s injury for his club AS Roma ruled him out of Brazil and broke up the entire balance of the national team. To protect his now vulnerable back-line sans Strootman, Van Gaal went against the Dutch norm of playing 4-3-3, a formation which is considered part of Dutch football identity, by switching to a back three of Ron Vlaar, Bruno Martins Indi and Stefan De Vrij. The move brought the best out of Vlaar and also suited Arjen Robben who played as a hybrid central winger meant to use his pace on the counter-attack. Oranje subsequently finished third in the showpiece event.

Unfortunately for fans of Old Trafford, the success of the Netherlands with this system convinced the 63-year-old that a trio at the back was to be replicated at his new club too. After using it successfully in pre-season, the Iron Tulip used it to little benefit in August and switched to a 4-4-2 diamond in September following the arrival of Angel Di Maria and then also experimented with 4-1-4-1 against the likes of Crystal Palace and West Bromwich Albion.

However, he has been unable to find the right balance and therefore has yet to settle on a particular formation mainly due to a plethora of injuries. It was subsequently startling to see then on Sunday that despite finally having a near fit squad, the former Ajax manager decided to stick to 3-5-2 and leave out Radamel Falcao and Adnan Januzaj from the squad completely.

Several weeks of playing with this set-up has proven it to be highly ill-suited to the rigours of the English game. 3-5-2 is far too narrow for English football which favours width through wingers and overlapping full-backs. It is also too slow for the fast and furious pace of the Premier League. What’s more is that the centre-backs seem confused about their positioning – as was evident from Southampton’s goal – and pass the ball to each other sideways before giving it back to the goalkeeper when pressed by opponents.

As a result, there is simply no build-up in the first phase of attacks (that starts from the defence) for Van Gaal’s team. Compare this to how some of Europe’s finest clubs of recent years have initiated their attacks through ball-playing centre-halves: Rio Ferdinand for Sir Alex Ferguson’s United, Gerard Pique for Pep Guardiola’s Barcelona and Mats Hummels for Jurgen Klopp’s Borussia Dortmund (excluding this season’s disastrous campaign so far for the German side).

Van Gaal is known for being tactically flexible yet has so far – surprisingly, considering his reputation – been unable to come up with a settled system for his team. When United trailed Southampton at home, rather than pull another rabbit out of the hat as he often did with his tactical switches with his previous teams, the Amsterdam veteran switched to plan B that often primitive British managers are accused of – resort to long balls to a tall target man; in this case Maroune Fellaini.

After the dismal defeat in which United failed to muster even a single shot on target in a league game at home for the first time since May 2009, perhaps Van Gaal will finally switch back to a four-man defence. A new set-up could include:

Perhaps the ex-Barcelona coach can give the 4-4-2 diamond another try after using it briefly during the month of September. Based on the games this system was played in, it will bring the best out of record-signing Di Maria on the left of the midfield diamond. However, man-marking the base of the diamond can help the opponent stifle ball distribution as United and Daley Blind experienced to detrimental effect in the 5-3 defeat at Leicester City.

Often considered a modern variant of 4-4-2, the 4-2-3-1 would – theoretically – give the Red Devils a stronger central midfield partnership with a centre-forward backed by a playmaker and two advanced wingers. If Wayne Rooney and Di Maria were to play as inverted wingers as part of the three forwards behind the centre-forward, it could possibly bring out similar success to the way Van Gaal’s Bayern Munich side bamboozled full-backs with Franck Ribéry and Arjen Robben playing as inverted wingers.

When in trouble, it is often recommended to go back to basics; and where more basic to start than the 4-4-2 formation. It is still commonly used in England and, to at least get the team back on track, it could potentially be a simple system to follow with two central midfielders on either side of a left and right winger. The two forwards could consist of two strikers paired together (Falcao and Robin Van Persie) or a playmaker (Juan Mata) playing behind a lone striker.

Whatever happens, Van Gaal needs to put in place a more suited placement, because the current formation is doing no good to the Red Devils.