Do you know How To Get Away With Murder? 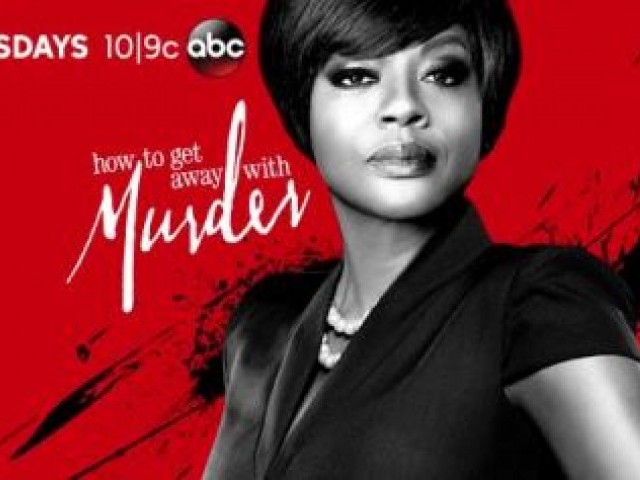 Another gripping factor that compelled me to watch this exciting new show was Viola Davis’s bracing screen presence. Her acting is simply mesmerising, no questions asked! PHOTO: FACEBOOK PAGE

Murders are easy to commit but hard to cover up these days.

That’s what I thought until I started watching the new mystery-thriller drama, How to Get Away with Murder. This new thriller has not only revolutionised the television landscape but contradicts my humble statement completely.

When I first heard that Viola Davis was returning to television, I was on cloud nine! I am a huge fan of hers and admire all of her work in both, television and film. And what makes How to Get Away with Murder a stellar television series is none other than the legendary Viola Davis. Her character, Annalise Keating, has been portrayed as a powerful middle-aged woman who does not take no for an answer. In today’s television shows, we get to see very few female leads, especially black women. In that respect, it is quite an accomplishment to see black American women as inspiring as Viola Davis in a big role on the small screen.

Jack Falahee, who plays the character of Connor Walsh in the show, is also a great addition to the cast.

Another thing I felt that How to Get Away with Murder did was suppress the modern-day stereotype that women cannot stand up for themselves. The show indirectly empowers those underprivileged women and young girls who are incapable of leading independent lives. In this regard the show seems quite promising and has had a lot to offer fans in the first season thus far. The series has managed to generate a huge fan base, in a very small span of time, owing to its unique storyline and plot twists. The steady ratings are proof of the show’s success.

I, for one, am obsessed with this show. When law and murder go hand in hand, you know there is something going on, something far more deadly! The show has a unique plot that can grab anyone’s attention. That being said, I strongly believe that the second season will be even more of a success.

For those who enjoy 45 minutes of never-ending entertainment, I strongly recommend you watch this show. Trust me, once you watch the pilot episode, you will be begging for more. Although there are moments in which I feel the show tacitly condones murder cover ups, I believe it is more a twist of law that comes into play.

How to Get Away with Murder has already been nominated for the Golden Globes among many other accolades. The second part of the first season is eagerly awaited and you guys have lots to catch up on. This weekend, buy the series, sit back and allow yourself to be captivated. I guarantee you will not be disappointed!