So what if Reham Khan is divorced? 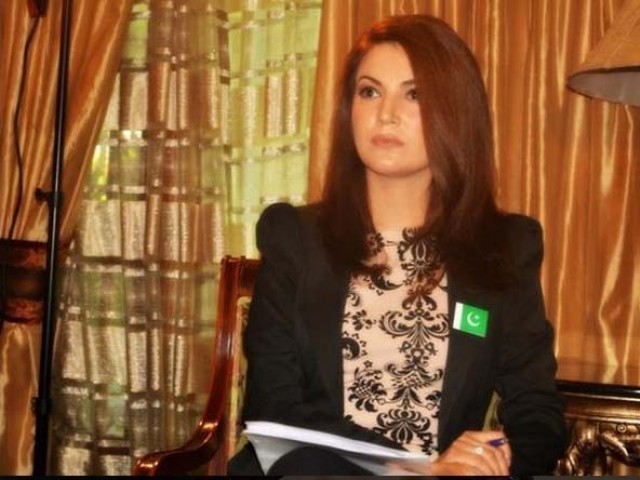 The stigma attached to a divorced woman resiliently continues, despite increased urbanisation and standards of literacy. PHOTO: REHAMKHANOFFICIAL.COM

There are occasions when the misogyny and gender-bias that exists in Pakistan becomes more obvious than ever. Imran Khan’s wedding to Reham Khan has been one such occasion that has brought to light the underlying and inherent concept that an “honourable woman” needs to have certain pre-requisites. On the top of that list is this: she must not be a divorcee.

For most men of Pakistan, even the so-called educated ones, the only women of honour are their own mothers, sisters, wives and daughters. Any other woman’s repute, especially that of a divorced woman, is something they can plunder, especially if she is a celebrity. People stoop to the level of digging into a woman’s past and relish anything they can find against her. In our culture, a “divorced” woman is mostly not considered a ‘good’ woman. A 60 plus male relative of mine over a family dinner said to me,

“How could Imran have chosen her? He could have gotten any unmarried woman he wanted. She is divorced… she must be at fault somewhere, right?”

“But he is divorced too,” I replied.

The gentlemen obviously felt that was not an issue. Add to it the fact that in this day and age, digital technology keeps track of our deeds more than angels do, and Reham’s modern attire, a snappy wit and nature of work were all over social media. They assume that if an empowered woman is divorced, well, she must have been the reason. As a society, we share compromised photographs and recordings of women, laugh, share, enjoy, and silence our guilt by uttering “taubah astaghfar” (God forbid) intermittently. Through it all, our pre-conditioned bias is at work.

The stigma attached to a divorced woman resiliently continues, despite increased urbanisation and standards of literacy. Leave alone men, talk to women across the board, and seemingly modern women will also say “taubah karo, God forbid” that their unmarried sons or brothers were to marry a divorced woman. Even the religious men and women who want to emulate the Holy Prophet Muhammad (pbuh) in every little act seem to forget that other than Hazrat Ayesha (ra), all of the Prophet’s wives were either widows or divorcees. We pick and choose cleverly between the Sunnah (way) of the Prophet (pbuh), and our religion takes a back seat when juxtaposed against cultural pre-conditioning.

There are a few unfair assumptions about a divorced woman and perhaps the most pre-dominant one is that she is someone who does not have her priorities right; that she has a messed up value system.

“Divorces are on the rise because women do not have tolerance anymore” is a common sentiment.

I recall meeting an advocate who confirmed that cases of Khula (Islamic divorce) are steeply on the rise in Pakistan.

(Earlier, women tolerated infidelity. Or took a beating. Now they stand in line for divorce.)

If a lack of tolerance means that more women today will not stand injustice and insult, then such a woman, who took such a stand, should in fact be respected more. Somewhere deep inside, women who are most critical of other women who have opted for divorce are possibly envious that they did not have the same guts or chances.

Another painful assumption about divorced women is that they are not chaste women. A seemingly sensible woman said the other day,

(Those types of women get divorced)

And all I wanted to do was bang my head against the wall. Divorced women experience how even the closest of friends start avoiding meeting them in presence of their husbands, as if they are vultures on the lookout for men.

This is not to imply that all divorced women are tolerant, compromising, giving and saint-like. There will always be all kinds. But sweeping assumptions are extremely unfair, specially bearing in mind that a divorced man is not judged the same way. The divorce of any man or woman is not what defines them. Their actions and intentions do.

Everyone needs a companion and a second chance at happiness, more so when the first experience has been bitter. We should let people be. Everyone around us is fighting their own battles. Let’s not make it tougher for others, or karma may start acting up before you know it.

Apart from the many other healthy precedents that Imran and Reham’s marriage has set, one is that in a culture steeped in gender-bias, a divorced woman is today the wife of the country’s most popular leader and may end up becoming the country’s first lady in the future. Here’s hoping this will open up the minds of our people a bit more.