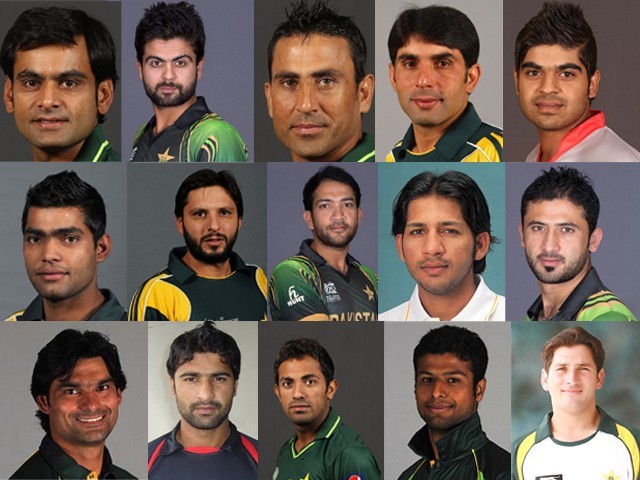 Cricket is not just a game in Pakistan; it is the blood of this nation. Thus, it is only natural that the hopes and dreams of 180 million people are placed on the shoulders of 11 men in green.

Every cricket enthusiast in Pakistan was busy guessing who the ‘chosen ones’ for the squad were going to be before the names were finally unveiled by the National Selection Committee. Senior players like Kamran Akmal, Shoaib Malik and Umar Gul were dropped while pace bowlers like Sohail Khan, who last played international cricket in 2011, made a comeback.

What came as a surprise to everyone, however, was the exclusion of Fawad Alam from the squad. In recent time, Alam has been Pakistan’s most reliable batsman and, in my opinion, should have been given the opportunity to shine at the World Cup. The selectors, instead, preferred another player – Younus Khan. While Younus has scored 147 runs with an average of 18.37, Fawad has scored 117 runs with an average of 39. Even though, as statistics suggest, Younus may have seemed like a better choice in terms of runs, Fawad was clearly a better option in terms of average.

Putting that conundrum aside, let’s move on to the other players who made the list for the 2015 World Cup. Here is a brief recap of their recent performances:

Hafeez has hardly missed any ODI since making his comeback in Pakistan’s team against England in 2010. He performed both with the bat and the ball, and was even considered an all-rounder. In his last 12 ODIs, Hafeez has scored 360 runs with an average of 30, and looking at the statistics, he will definitely have to improve his batting. In terms of his bowling, with the passage of time, his bowling improved immensely. Now, according to the latest ICC ODI rankings, Hafeez is the third best all-rounder in the world.

With his unfortunate bowling action deemed illegal due to which he was suspended in November, we hope he clears the bowling action test this month. The results will decide whether he will be able to be the squad’s all-rounder for the World Cup or not.

Shehzad is one of Pakistan’s best players and has been performing consistently. He has proved himself to be one of the most reliable players on the team. In his last 16 ODI matches, Shehzad scored 629 runs with an average of 39.31.

He also has played five ODIs in New Zealand in which he scored 188 runs including one century with an average of 47.

With Sohail Pakistan has found a good left-handed, middle-order batsman and a good part-time bowler. He has impressed everyone with his performance. Having played a total of nine ODIs, he has scored 280 runs with an average of 40.

Akmal is a very talented batsman but, in my opinion, has never fully shown his true potential. He is an aggressive player, which is a positive sign for Pakistan. Unfortunately, even in the recent ODIs, his performance was below par. He scored 362 runs in his last 13 ODIs with an average of 32.90.

This man is, undoubtedly, a match-winning player; nobody should doubt his abilities. Having announced his retirement from ODIs after the 2015 World Cup, I am sure he will perform brilliantly in each and every game to go out with a bang. In his last 16 ODIs, he scored 354 runs with an average of 27.23.

Maqsood is another talented batsman who happens to be as aggressive as Akmal. In his last eight ODIs, he scored 209 runs with an average of 29.85. As of now, however, he does not have any experience of playing in New Zealand and Australia.

Ahmed remains to be in and out of the team due to mediocre performance. But recently, he performed brilliantly both in the ODIs and Tests. In the last eight ODIs, however, he scored 254 runs with an average of 36.28. He has played only one match in Australia in which he scored six runs.

Due to his injury during the Sri Lanka Test series, Junaid had not played any form of cricket in the last four months. Nonetheless, he has proven to be a good bowler and has taken two wickets in his last six ODIs.

Irfan is one of the most dangerous bowlers Pakistan has at the moment. The pitches in Australia and New Zealand will be a big advantage for him even though he has never played there. In his last 11 ODIs, he has taken 15 wickets. We can surely count on him to give the batsmen a tough time.

Sohail’s inclusion in the squad came as a surprise for everyone. He made it to the list at the 11th hour. He broke down the proverbial door of selection with his magnificent return of 10 wickets in two games of the on-going Pentangular Cup. The lanky pacer also bowled brilliantly in the Quaid-e-Azam Trophy Gold League and was subsequently declared the ‘Best Bowler’ of the tournament.

He last played International cricket in 2011. While he has not played any form of cricket against world top teams, he has played five matches, all against Bangladesh, Sri Lanka and Zimbabwe, and took six wickets.

Riaz’s pace is one of the reasons he made it to the list. In my opinion though, he still needs to work on his line and length. Nonetheless, his pace will surely be very useful in Australia.

In this case, the selectors preferred Adil because of his experience of playing in the U-19 World Cup in Australia, where he bowled exceptionally and at good pace.

Shah is definitely a good selection for the squad. He has performed brilliantly in the recent Test series against Australia and New Zealand in the UAE where he took a total of 27 wickets in five matches. He has played only one ODI against Zimbabwe where he took two wickets.

So there you have it – the chosen men in green for the 2015 World Cup. While I approve of most of the players selected, I have my doubts when it comes to the overall performance of some of the others. Whatever the case, I will be sure to keep my spirits and hopes high because I know our chose ones will make us proud and bring home the trophy. Go team green!

A student of computer science and a cricket fanatic currently residing in Lahore. He writes about cricket for various websites and tweets as @Chaudhrywaqar22 (twitter.com/chaudhrywaqar22)