Saudi Arabia flogged a blogger? Let’s blame the West for that too! 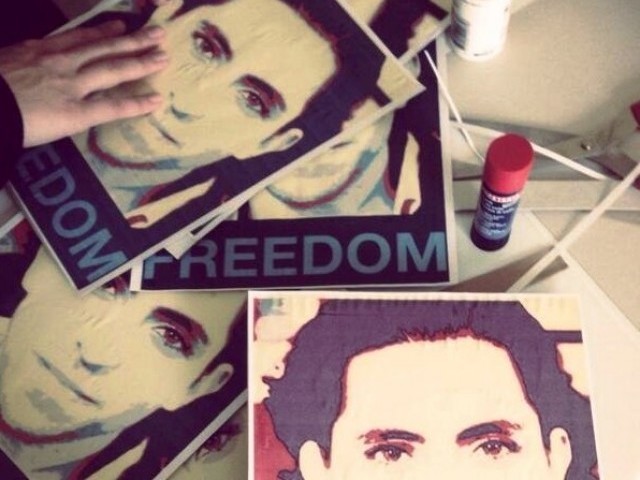 Worshipers emerged from a mosque in Jeddah to witness a Saudi activist, Raef Badawi, being ceremoniously lashed. One… two… three… all the way to fifty painful whips, which are only the first of the thousand due to be delivered in 20 weekly sessions.

International condemnations are flowing in, in support of the 30-year-old co-founder of Saudi Liberal Network, convicted of ‘insulting Islam’ after criticising powerful Saudi clerics online. He’s also been sentenced to 10 years in prison, and ordered to pay a fine of one million riyals.

This is not the first crackdown by the establishment on liberal Saudi artists, academics and writers challenging the status quo, nor is it expected to be the last.

I’ll get straight to the point.

Since the tragedy in Paris, as is traditional following any incident of terrorism, there has been an explosion of apologia for religious violence. I’m simply curious as to what feats of mental gymnastics would be performed, to portray this barbarity as a consequence of failed western policy because as it happens, this session of public flogging is not the result of a drone strike in Yemen, or colonialism, or American hegemony, or Eurocentrism. You may not attribute it to any of the useful terms you may find in a Noam Chomsky book, an article by Glen Greenwald, or in the lexicon of any noble, self-flagellating Western liberal.

There are some demons which are very much internal to the Muslim world. They are ideological flaws not planted among us by the conniving Americans, or the shady Indians, or the oppressive British. We either invented these flaws, or actively choose to let them be.

Saudi Arabia, which religious hardliners in Pakistan have always attempted to emulate, has an appalling history of arresting, lashing and decapitating people for crimes like apostasy, witchcraft, and DWF (driving while female). Rape victims have been lashed for failing to provide enough evidence for rape, and women have been arrested for leaving homes without their husbands’ permission.

Raef Badawi is merely another vertical milestone for Saudi Arabia in its descent to social bedlam. The only way for you to feel the outrage that I do, is to view this atrocity as a point in continuum, and not a new case. This father of three children now languishes in Saudi prison, waiting for the wounds on his back to heal in preparation for the next session of lashes. This is what we do, or strive to do, to people who question our beliefs or religious leaders.

The world’s beset by religious violence carried out by a few, supported by many, and enabled by most. The ‘enablers’ are those who attempt to undermine the barbarity of such actions by stating, explicitly or implicitly, how the victims may have deserved said barbarity.

If western mistakes were to be sown into a single blanket, there wouldn’t be enough justification to cover the entire body of transgressions carried out by the Islamic nations. Regrettably, I’m all out of excuses. What in God’s name shall I do now?