Playing god in the land of the pure 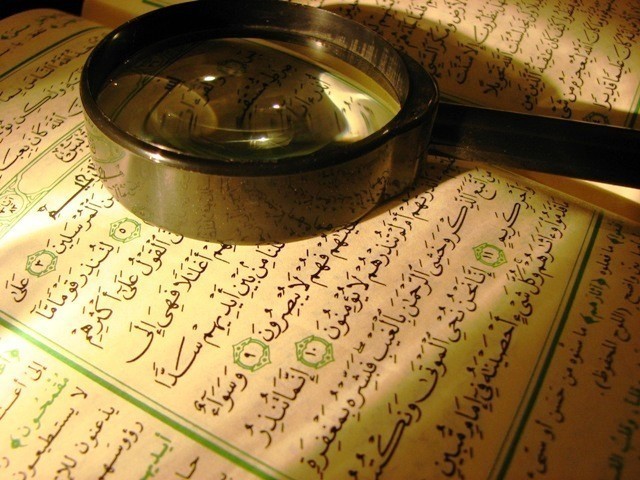 The most appropriate, logical attack on fanaticism will be to show Islam’s moral repugnance in employing coercion and violence against God’s will or edicts, and its double standards compared against the proper standards within the religion. PHOTO: FILE

People everywhere look for answers in stark black and white, and love the comfort that gives them the ability to use it as a club against others. For some reason, people keep recreating the very issues in their religions that the founders of those religions sought to eradicate. True spirituality should bring complete humbleness and love. What is common to all of us is how we struggle for an authentic faith without taking refuge in the absolute; that, to my mind, is the classic source of apostasy.

There is nothing I ever read about Islam that didn’t pertain equally to other religions’ excesses. It must be in the psyche of man to find ways to make sure that they are part of the in-group and look for ways to punish anyone who differs. Right wing fanatics of every stripe discover threat everywhere. My old buddy, Radical Henry – as I like to fondly call him – a devout Christian, thinks that the lack of nativity on public grounds is an assault on his religion. Get real, I tell him.

What kind of faith is it that needs others to do something for you? And who needs those pictorial illustrations anyway? He says that is a slippery slope so he needs to be vigilant. I say you are being narrow and bigoted, and are unable to do the internal work that would make you free to find your own way.

If numbers did the trick, then the resurgence of Christianity in the 19th and 20th centuries in the US should have resulted in a very pious nation. Instead, religion wrapped itself in the flag and became militant, intolerant and fundamental in the worst possible meaning.

I’m not trying to sermonise here but essentially make arguments rather forthrightly. As someone grievously concerned about the epidemic of extremism and criminal use of ‘blasphemy’, the two factors are tearing apart the Pakistan I knew and destroying the core of goodness that once resided in the society of the country. The purpose is to diagnose that and prescribe solutions.

Power is seductive and so is blasphemy law in Pakistan; it has now become, first and foremost, a tool of political power and it abuses its original purposes. This now infamous piece of legislation was originated under the British Raj in India, and was inherited by Pakistan as part of the governor-general’s legacy before Pakistan had a separate constitution. The purpose and content of the colonial law against blasphemy was multi-directional and provided a security umbrella for the beliefs of all the major religious communities in India.

In essence, it forbade acts of disparagement by members of any one religious community against the beliefs, places of worship and religious practices of other religious communities. It also had a graduated approach to punishment, so that sentences for acts of blasphemy involved affordable fines and brief periods of imprisonment designed to deter communal attacks. It did not prescribe anything as severe as capital punishment for conviction of acts of blasphemy. For violence conducted in the name of religion, the British colonial law had criminal provisions in the Indian Penal Code.

The Zia administration brought about a radical revision of the colonial blasphemy law and turned it into a power tool of Sunni Islam to gain political leverage over the country as a whole by creating fear in the minds of religious minorities. The jurisprudence of the revised law is now all about blasphemy in Islamic terms, and the potential sentences for violation, that were fairly mild originally, now include huge fines and capital punishment. It no longer protects other religious communities as it did in British India. Instead, it hangs as a potential sword above their heads.

I’ve come across tons of literature suggesting that the law should be ‘updated’. Unfortunately, it is not a question of “updating” the Islamised Pakistani blasphemy law. In my opinion, there are only two ways to go about it; the law can either be,

(a)    Removed completely as an implicit threat to any member of Pakistani society, or

(b)   Restored to its original language, form and purpose, and used as a safeguard against communal violence, which now in Pakistan also implies “sectarian violence,” as in Sunnis versus Shias.

In practice, blasphemy law (read: ‘intimidation tool’) in Pakistan is a form of systematic political and psychological “torture” destructive of the wellbeing of religious minority communities and individuals in Pakistan. The CIA’s method of enhanced interrogation techniques against terrorists pales in comparison to the systematic violence initiated by this piece of legislation. That being said, the law is a no-win subject for anyone who has witnessed the religio-political manipulation carried out behind this law for decades.

Obviously blasphemy law antagonists and minority rights activists are always faced with nothing less than death threats from religious fanatics. In the meantime, while it is extremely sad what happened in Peshawar in December 2014, we must take a step back and reflect on recent events.

This year, 2015, started off on the wrong foot showing, once again, that things have not taken a turn for the better. A mentally unstable man, accused of blasphemy, was killed despite having been acquitted for the alleged charges. He was then denied a burial. Essentially, our society, as a whole, seems to have fallen off the extremist cliff. It is no longer talked about that a couple was burnt alive in a brick kiln for blasphemy leaving, five children behind. Salman Taseer’s murderer is a hero all over the country. Junaid Jamshed can advocate why women shouldn’t be allowed to drive. Anti-Shia hate speech is being spewed from various mosques, and just today an Imambargah in Rawalpindi was attacked in which seven people were killed. Minorities are being persecuted for being minorities.

A sound strategy to counter such threats could be to contextualise the law. Doing this would ensure that every time someone reads the law, they are able to also read the thought process, writings or any other form of expression that went behind it; this way the words cannot be turned against a certain section of society so easily by mullahs who purposely push people into ignorance.

So the most appropriate, logical attack on fanaticism will be to show Islam’s moral repugnance in employing coercion and violence against God’s will or edicts, and its double standards compared against the proper standards within the religion. To show that God condemns Muslims killing Muslims, He forbids coercing others to change their religion and says that the only form of violence justified is self-defence (or defence of the community) against obviously offensive armed attack; not because someone has used a slur or some blasphemous outburst.

Another way to fight extremist tendencies is to expose any hypocrisy that may exist on either sides of the spectrum; impious or immoral behaviour of prominent mullahs should be brought out into the open as well – so when a religious scholar appears on TV allegedly drunk, the act should not be swept under the carpet, it should be investigated.

Pakistan needs a psychological, sociological and ideological makeover. The initial line of defence against blasphemy and fanaticism is to bring down and rip apart superficial symbolism and practices that have made their way into the religion’s infrastructure. We need to categorically resist and remove all those idolatrous pillars of jahalat. Once the humming gorillas and demons are booted out, then the real process of reform can kick in. This will be a painstaking test of patience for all and sundry. Pakistan is, for the most part, an educated nation, enlightened enough to get on with the work of reformation.

In recent days, while discussing blasphemy and fanaticism with those who know, I’ve come across a few out-of-the-box recommendations. One of them is that the country needs outside pressure of an earthquake magnitude to change it and it will most likely come from a big power like China, upon which Pakistan is pathetically dependent for arms flow, big construction projects, nuclear energy and coal plants, which doesn’t want its domestic system destabilised by radical Islam.

Chinese influence might push Pakistan to greater clarity because Pakistan cannot afford to alienate China. Its elected elite and senior military leadership milks it for whatever they can get out of it (there is no deep “national” loyalty amongst them), and they reinsure their families’ futures by sending their money and youngsters abroad. But it is going to take a rather large clash between China and Pakistan to frighten the mullahs.

The other option floating about was that the military should take the lead and finish off the Taliban/fanatics, once and for all. That, to me, is a myopic way of handling the mess. Yes, the army can basically take action and carry on for a few years going after the mullahs but that wouldn’t eliminate the cause of the issue – ignorant Islam, filled with walking, talking felonies like the law pertaining to blasphemy.

The key, therefore, lies with the people, not the Chinese and certainly not the military. The enemy lies within and the will to counter the evil must come from within. Use education as a weapon of opportunity; turn the country into a powerhouse of knowledge and tolerance. Do not be afraid of engaging in fair and honest discussions. Face your fears with courage. Hold conversations that would enlighten the common man. Ask difficult questions. Be critical and analytical. Most of all wake up and stop blaming the government. It’s a dead horse anyway. Everyone else is to blame for tolerating what happens every day, including you. The day Pakistanis decide this is unacceptable, it will stop.

Enough of my pontificating!

I guess the real question is, why do people think that the world God created needs so much tweaking from them to make it right?