Why Babar Awan chose to shut up 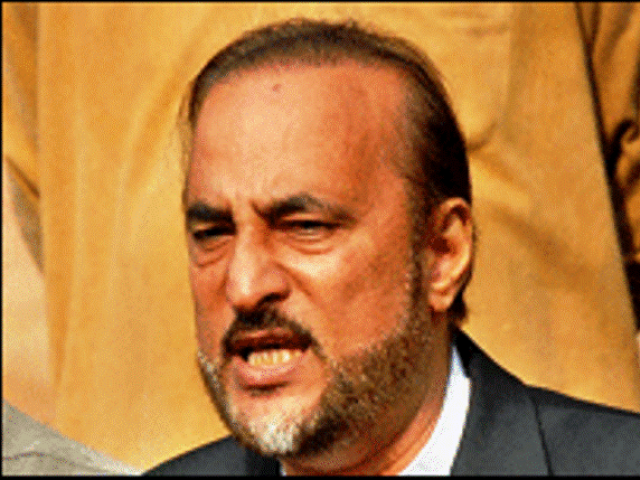 The minister realised that silence can be more effective than words.

A friend of mine recently sent me this clip of Babar Awan’s interview on one of my favorite shows Point Blank hosted by Mubashir Lucman.

In the show the federal law minister uses a weapon that many politicians don’t know how to use against the media –the power of silence.

One of my instructors at the Connecticut School of Broadcasting used to tell the class that “silence is death of the broadcast media.”

I believe that it was a slight miscalculation on Lucman’s part that gave Awan the opportunity to utilize the potent weapon of silence. Lucman put forth a few questions to Awan and then instead of allowing Awan to respond, went on to give his own clarification and then followed it up with more questions.

Awan brilliantly used silence to counter Lucman’s critical questions and essentially put him on the defensive.

Lucman: You are mashallah an impressive lawyer, your fee is as high as Rs4 million which a regular man like me cannot even afford to pay. You know a policeman can fine anyone but it is up to the court to decide whether or not this fine is applicable or not. Why are you assuming…why are you causing a divide between the judiciary and the lawyers?

Awan: You have asked a compound question. The first part of the answer is that you were a minister in Punjab during the administration of Musharraf – who then, should be able to afford my fee more than you? Who knows you may be able to to afford Rs4 billion! That’s one aspect…

Awan: Your the one who asked the question…

Awan: Forget it. Let’s move on.

Lucman: We can’t move on. I swear upon Allah, I cannot afford…

Awan: Would you like to hear my answer to the rest of your question?

Lucman: If you have taken a swipe at me…

Awan: If you want to continue talking yourself I will not speak anymore.

Lucman: You have taken a hit at me.

Awan: I answered your question.

Lucman: I was talking to you so respectfully. I hadn’t even picked up my question cards yet.

I don’t know where the program would have gone if Awan had put forward his responses to which Lucman would have then made his own follow up statements.

In any event, when dealing with the media, at times silence can be a strategic weapon. Unfortunately, many politicians choose to ignore this weapon and keep on talking  – at their own peril.

A real-estate investor who lives in Fairfield, Connecticut. He graduated from the Connecticut School of Broadcasting.

The bitter truth: Use less sugar