Showing off Pakistan’s achievements in 2014 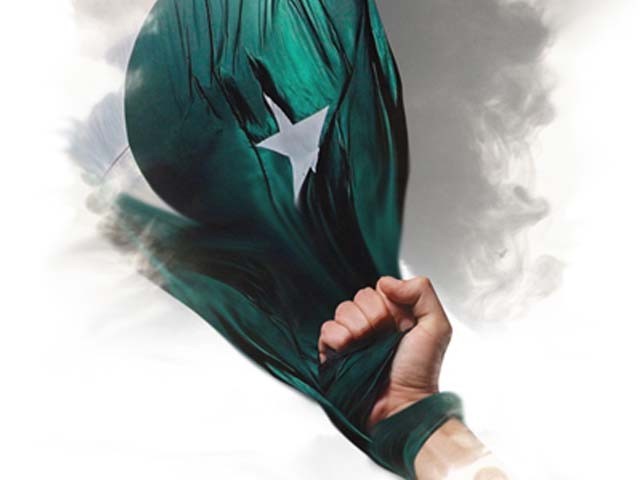 This may just prove to be the year in which the foundation for a consolidated effort was laid, in the country’s quest to reclaim its lost glory of the 1960s. PHOTO: ONLINE/DEFENCE.PK

2014 was like any other year for Pakistan in the last decade, with socio-political and religious excesses taking the lion’s share of space in the newspapers of the country. And yet, despite being overshadowed by dismal news, there was no dearth of winning moments for our country.

In retrospect, this may just prove to be the year in which the foundation for a consolidated effort was laid, in the country’s quest to reclaim its lost glory of the 1960s. Progress was made in all domains of life. Some of those winning moments are herein under presented:

Admittedly, in a country forever under the sword of Damocles, constantly in trepidation where the next act of violence may stem from, steering the economy in the right direction is a daunting task; one that our policy makers seem to be doing just fine. The country ranked third in the top ten best performing markets in the world for the third consecutive year running. The light at the end of the tunnel is more intense than ever before, as the country proved to naysayers that no amount of persecution can diminish our resolve. Much like on the day after the Wahga attack, we jump back stronger every time things are not going our way.

In a rare show of proprietary, the country was finally able to raise questions on the unassailability of the two power brokers of the country, the malignant element within the armed forces and the hatred spewing preachers. The usurpers were given a fitting reminder of their culpability when Musharraf was presented in the magistrate’s court after having spent eight years as the country’s top boss. And the monopoly of the religious elite was checked when the civil society shouted out “wrong number”, in a PK-esque manner, to the callings of Maulana Abdul Aziz, of the veil episode fame (who had tried scurrying away from Lal Masjid fiasco like Alfrid does from warzone in Hobbit 3, in a women’s garb). Also, to add cherry to the top, the VIPs were finally reminded of the essence of punctuality when former interior minister Rehman Malik was thrown off the plane.

Throwing down their hands in exasperation, the public for the first time in history put its entire weight behind the armed forces, and the sympathies for the militants’ dissipated as the country chanted in unison, “Zarb-e-Azb”. This led to many a militant wetting their pants, as they scampered to get rid of the only Islamic element about them, their beards.

It became evident more than ever before that the religion of these militants, and the hard lines they draw, revolve around their own well-being. Just for exposing this fact, the Pakistan Army boys definitely deserve a pat on the back.

The politics of the country witnessed the vigour of 1969, 1977, and 2007/2008 without immediately being followed by a changing of guard at the top. It was a double win; we finally rose to rally for what is ours, while the armed forces in turn, reaffirmed their resolve to keep their khakis out of politics, and restrict themselves to barracks where they could best defend the nation.

The country acquired international recognition in its cause of educating children, notwithstanding the adversaries, when the city of Oslo witnessed the youngest person ever lifting the Nobel Prize amongst thunderous applause. Together with this, NGOs like Alif Ailaan kept the country on its toes, with constant reminders that more needs to be done, and more is being done!

Home-made drones (Pakistan is now also assisting Turkey in making drones), new industries regardless of the load shedding and venturing into the tablet market are all hallmarks of 2014. But the pick of the list is the auction held last April, due to which 3G and 4G systems of communication became available in the country. The next aim should be to make the country an export surplus nation in the domain of electronics.

Dramas and songs had never stopped but the return of the public to cinemas, that which has been gaining strength for some years now, only saw a rise in the last year. Moreover, nothing says tenacity and courage better than the fact that despite the constant barrage of news stories documenting violence, the top three grossing Pakistani movies – Na Maloom Afraad (earned more than a 100 million rupees), Operation 21 and The System – too had an element of violence about them.

Although there were a few low points, but the progress within this sector was too hard to ignore. Pakistan bagged silver medals in both Champions trophy and Asian games in hockey, Muhammad Waseem excelled in boxing, and the country was finally able to whitewash Australia in Test cricket after 32 years.

Also, the game of musical chair for the chairmanship of PCB came to an end ushering in a period of stability, and an international cricket team’s – Kenya’s – visit to the country portends a return of the cricket to the Pakistani grounds.

So there, even if a vast number of stories surfacing seemed gory, there is no denying that the country continues to stride towards a better future. And if this write-up seems too long, what can we say, Pakistan has a lot to show for itself!